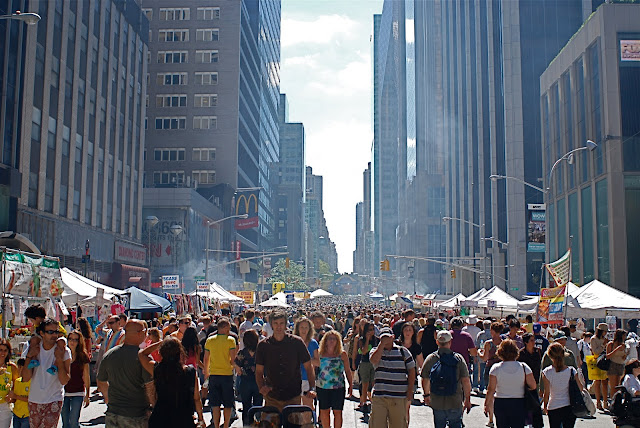 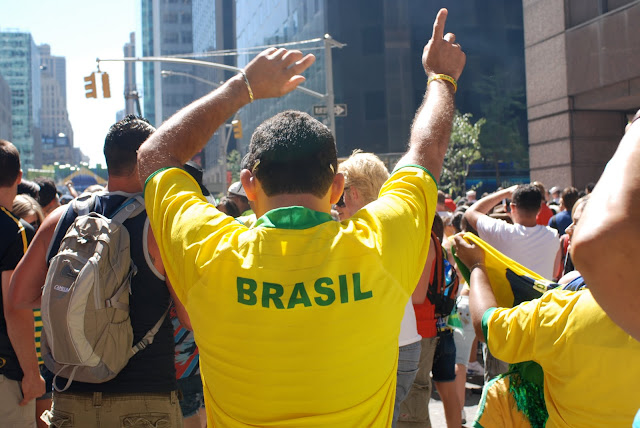 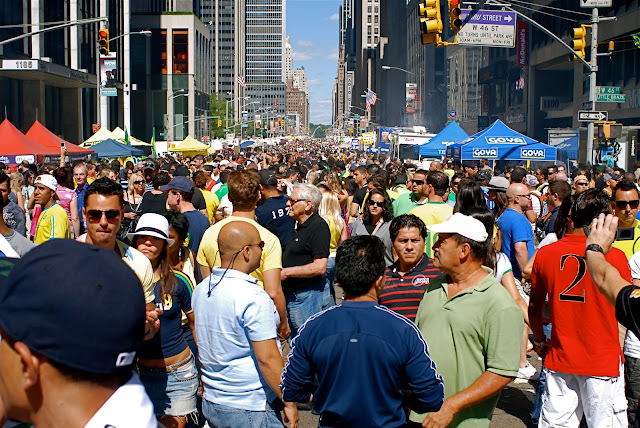 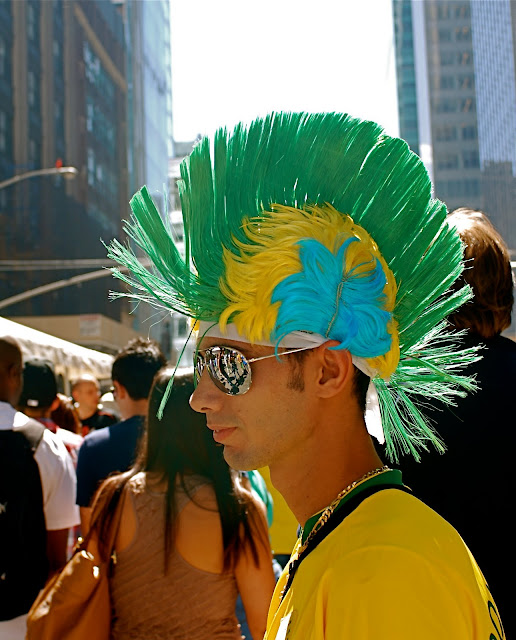 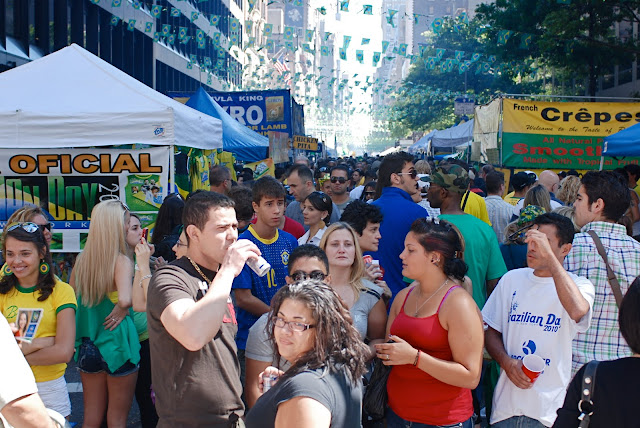 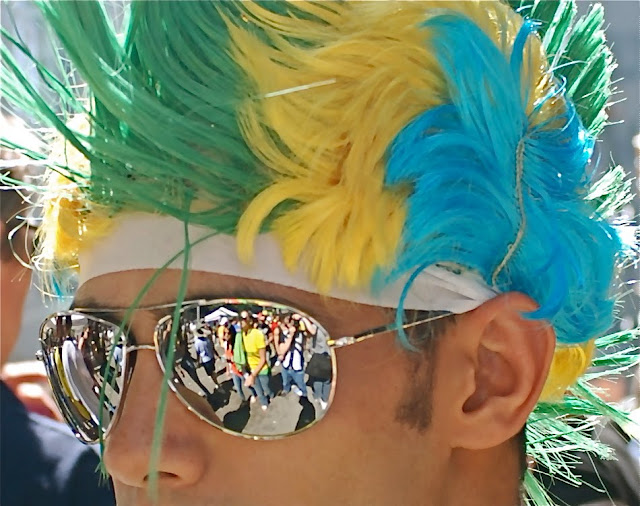 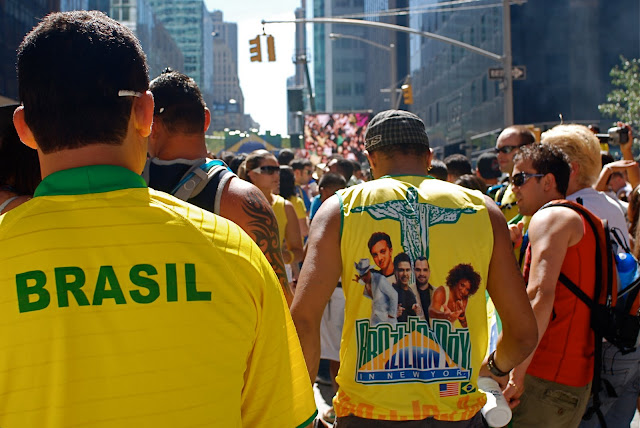 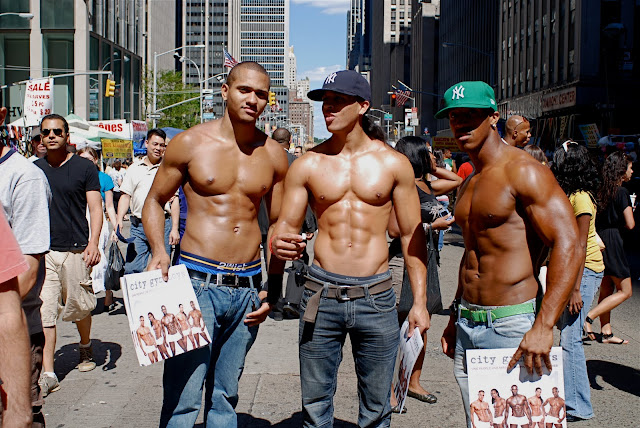 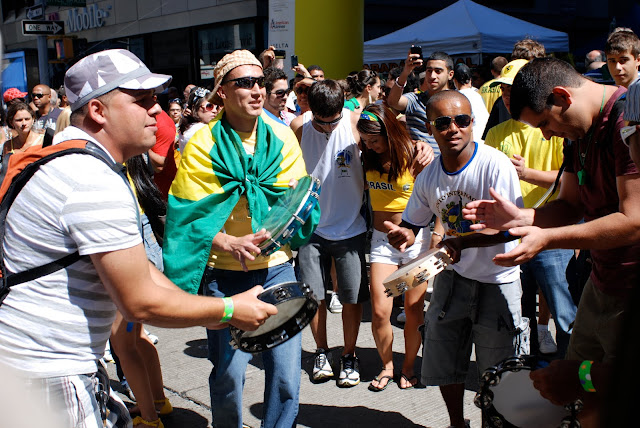 Brazilian Day Festival took place today in Manhattan, celebrating 26 years with 2 stages and 25 blocks of street party. The annual festival began in 1984, near 46th Street, known as Little Brazil, with a group of Brazilians who wanted to celebrate their country’s Independence Day and feel closer to their native land. Brazilian Day became an enormous success and has continued to attract a larger audience every year. In 2009, according to the New York Police Department, one million people attended the party. They came from various cities in the US and contributed to the fact that today Brazilian Day in New York is the largest Brazilian event outside Brazil. The celebration took place in a 25-block area between 43rd and 57th Streets and 46th Street between 8th and Madison Ave. The Washington DC based NGO Brazil Information Center (BIC) estimates that the Brazilian population in the US totals one million people. According to BIC, there are 300,000 Brazilians in the TriState area, 100,000 of them located in Queens, NY.

The main stage, located at 43rd St. and 6th Ave., hosted the most popular Brazilian country duo, Zeze Di Camargo & Luciano, and the King Afro-Brazilian World Music Carlinhos Brown, internationally acclaimed and hosted by Luciano Huck, TV famous host. The GOYA stage, on 46th St. and Madison Ave., will host several DJ’s including Ray Briones, Rodrigo Vieira, Marcos Carnaval and guests whose sound blends Brazilian traditional house music and urban electronic and other surprises such as local bands, Brazilian drums and samba dancers.
In addition to the free shows, there were food stands with typical northern dishes (moquecas, acarajes, abaras, vatapá) also artesian crafts, paintings and everything that the Northeast of Brazil and Brazil as a whole has to offer.
Posted by Noel Y. C. at 2:52 PM