The Iris and B. Gerald Cantor Roof Garden 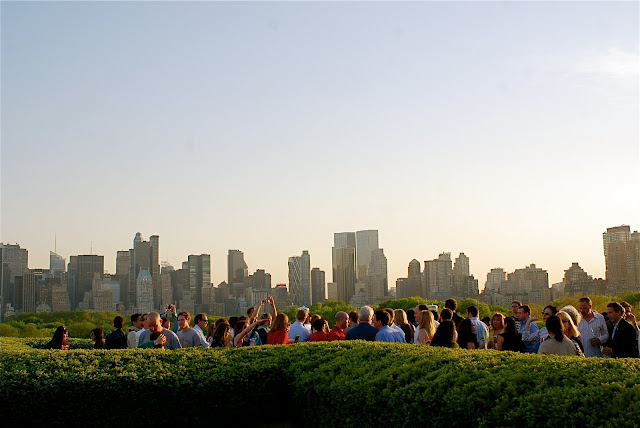 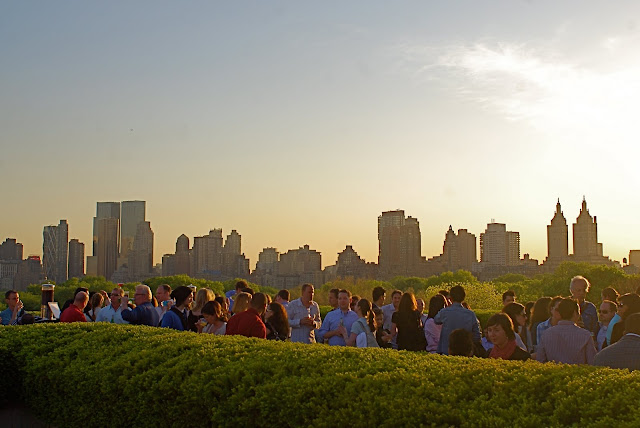 The Iris and B. Gerald Cantor Roof Garden is an outdoor space of the Metropolitan Museum of Art that features modern sculpture overlooking Central Park and and stunning view of the Manhattan skyline. The roof garden opened to the public in 1987. Annual installations have featured selections of modern sculpture from the Museum's collection and, most recently, presentations of works by individual artists. Drinks such as beers, some wines, basic mixed drinks, as well as sandwiches are also available at the garden. The roof garden is accessible by the southwest elevators on the ground floor, just outside the twentieth-century art gallery. These images of museum visitors at the garden were taken last April.

Bernard Gerald Cantor (December 17, 1916 – July 17, 1996) was the founder and chairman of securities firm Cantor Fitzgerald and an important philanthropist supporting visual arts institutions in the United States. During his life Cantor assembled the world's largest private collection of works by Auguste Rodin, much of which was donated to over 70 art institutions worldwide, such as the Los Angeles County Museum of Art and the Iris & B. Gerald Cantor Center for Visual Arts at Stanford University. Along with his wife, Iris, Cantor underwrote many art exhibitions and endowed galleries at the Metropolitan Museum of Art, including the popular Iris and B. Gerald Cantor Roof Garden, as well as a sculpture garden and his namesake museum at Stanford. In 1995, he and his wife were awarded the National Medal of Arts.
Posted by Noel Y. C. at 5:30 PM