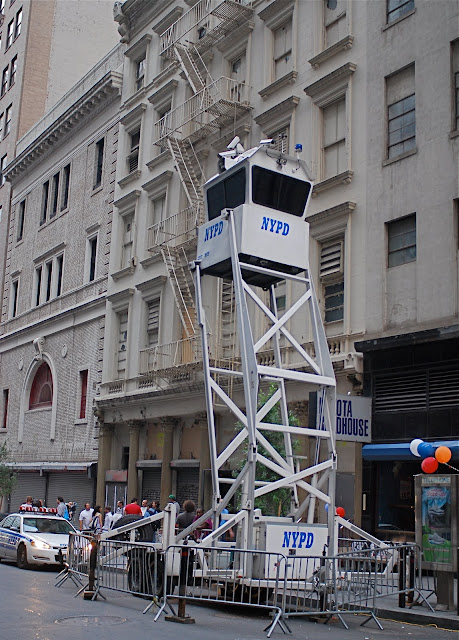 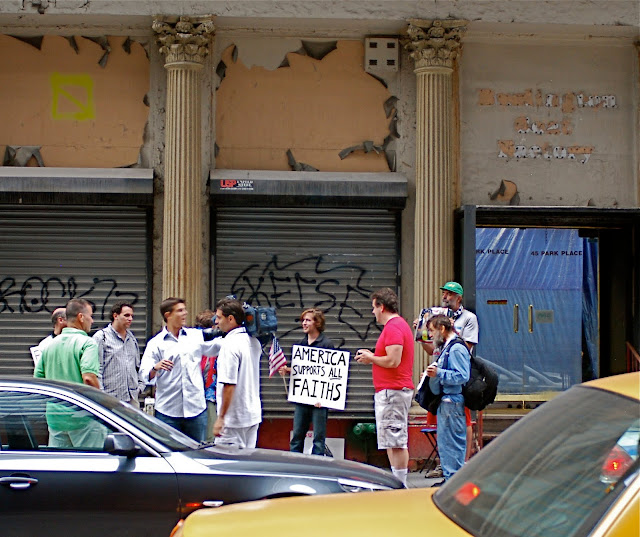 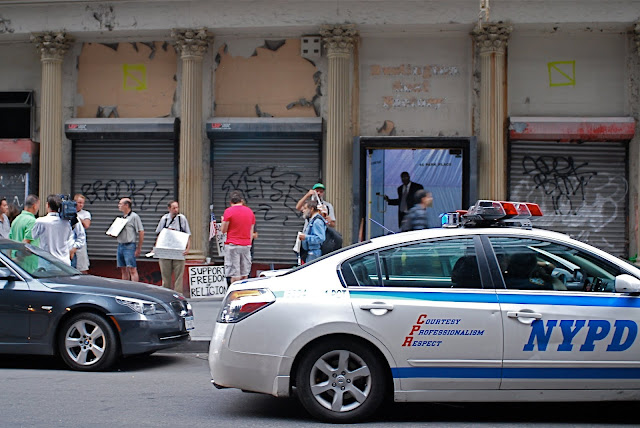 This is the site of the proposed $100 million mosque and Muslim Community Center in downtown Manhattan, and the subject of intense debate and thoughtful dialogue recently. The building, which used to be a Burlington Coat Factory store, was heavily damaged during the Septemer 11, 2001 attacks. There was a strong police presence in front of the building when the photos were taken earlier this evening. It is located two blocks from the site of the World Trade Center terrorist attacks. The terrorists responsible for the September 11 attacks were all Muslims. While some argue that a mosque near Ground Zero is "offensive" and "insensitive," others believe that denying anyone their religious freedoms would be a dangerous step in the wrong direction and "antithetical to what we claim to believe as Americans."


The day after the above photos were taken, hundreds of critics and supporters of the proposed center converged to passionately express their views near the planned mosque site and the World Trade Center site. The signs say it all. 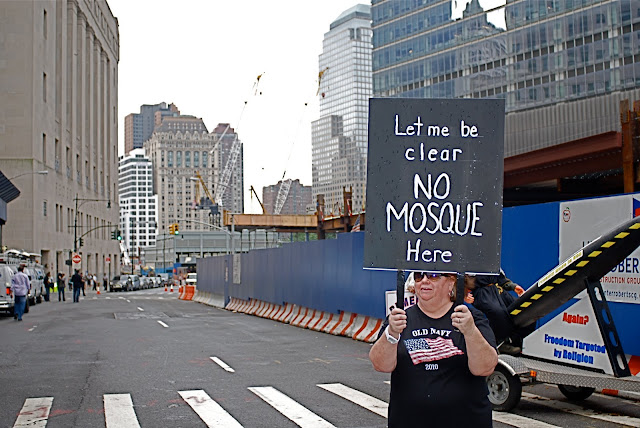 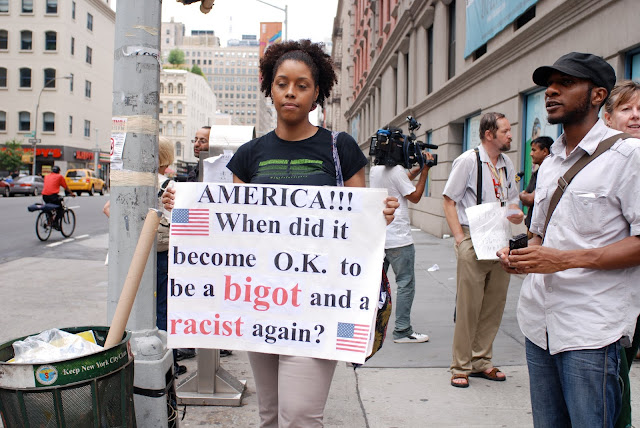 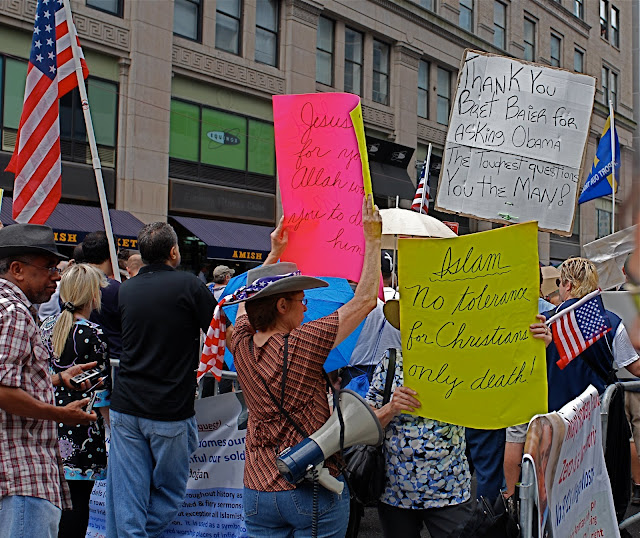 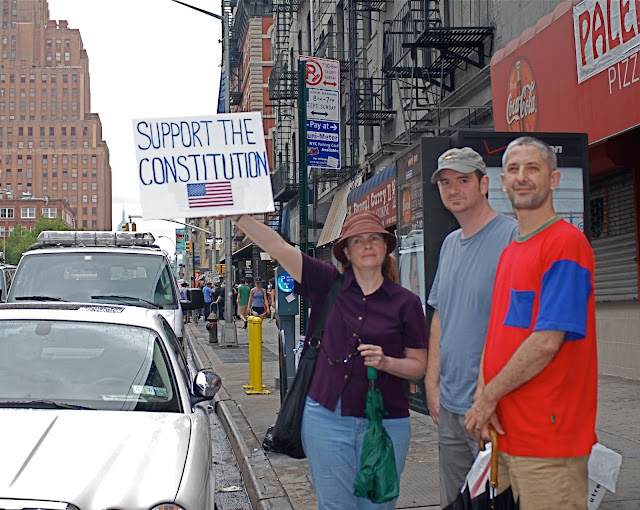 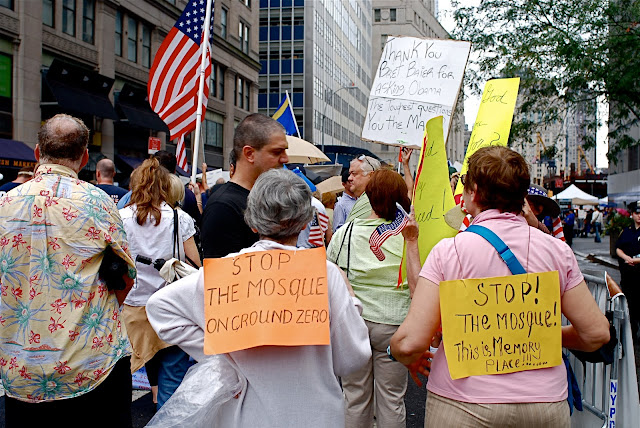 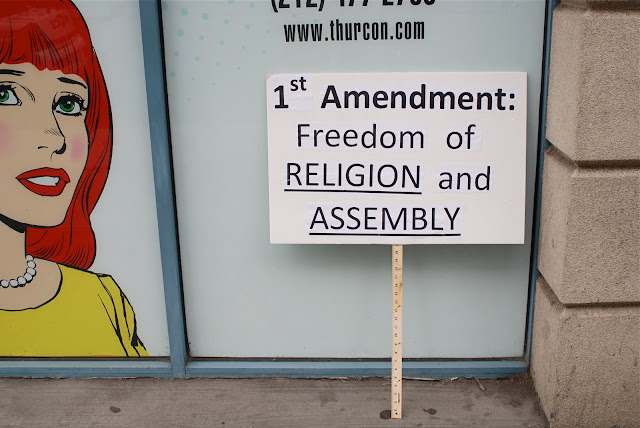 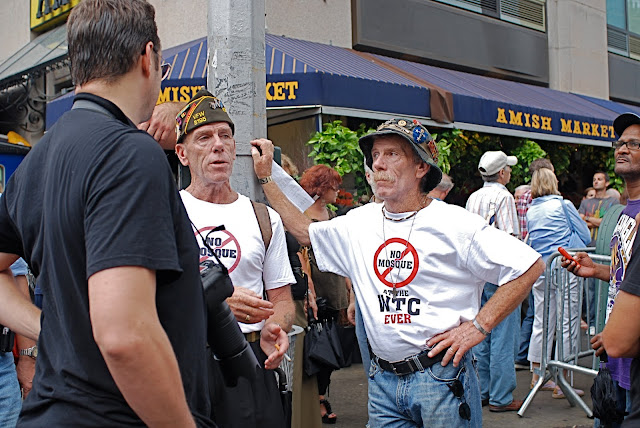 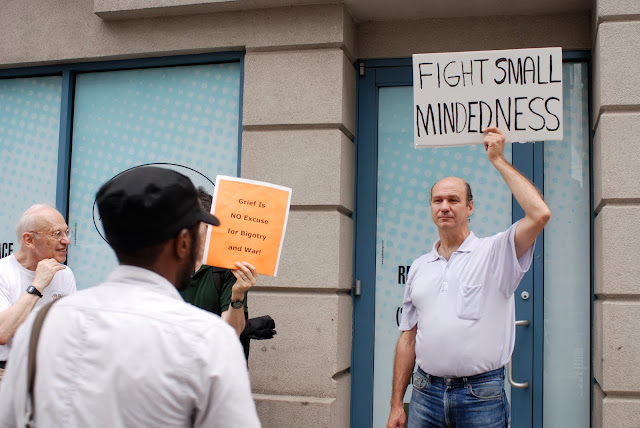 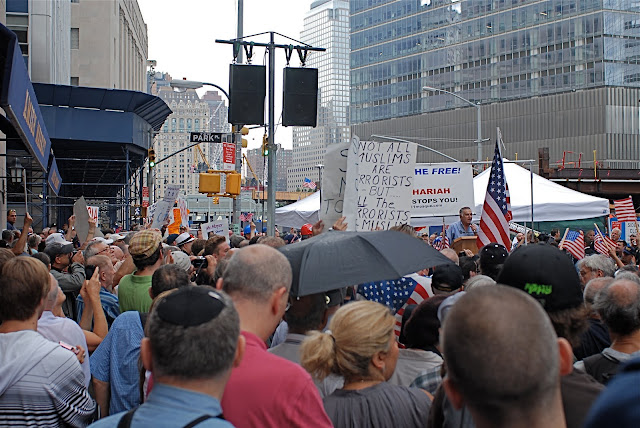 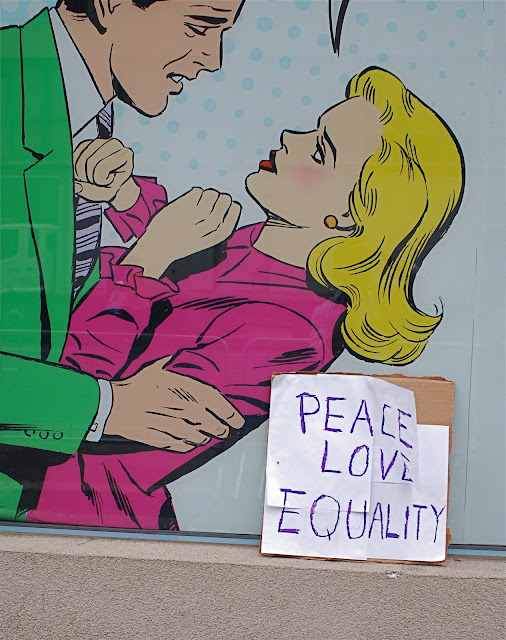 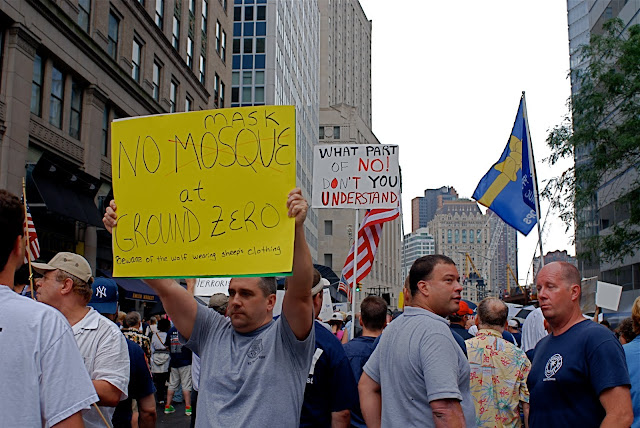 The news of building a mosque at ground zero is just to distract the majority of American moderate people from the criminal act that terry jones is up to. As the 911 is an inside job there is no point in accusing muslims of being killers. And as far as I'm concerned, I'd like to kill terry jones myself for what he is doing. terry jones and his followers are taking america to a war now, and this time I don't think america would not be hurt. terry jones is the real culprit behind all this. The mosque is not being built at ground zero at all, it's just a propaganda going on. (just to distract as I've mentioned).