@ the stagedoor: JUDE LAW, star of Shakespeare's HAMLET on Broadway 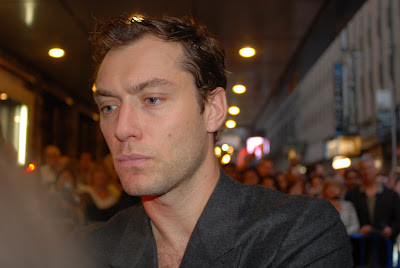 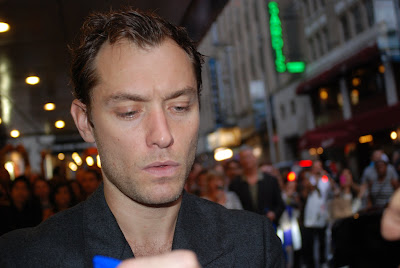 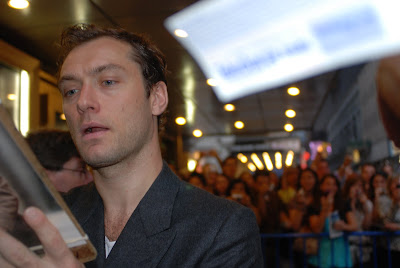 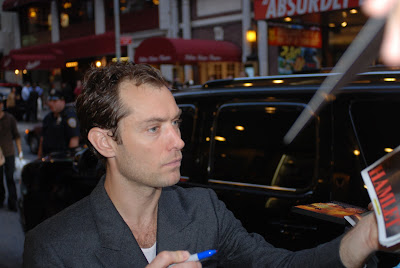 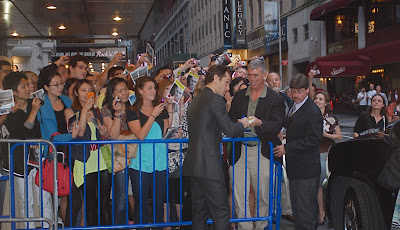 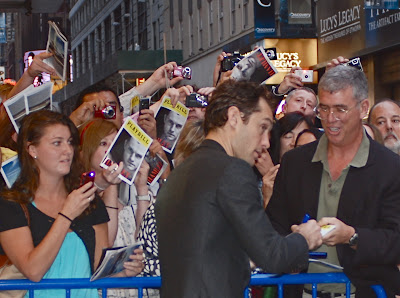 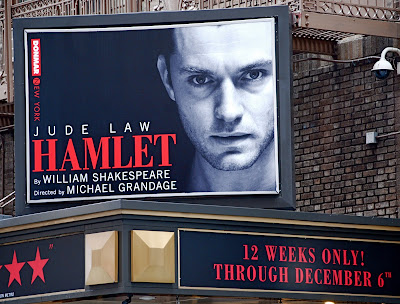 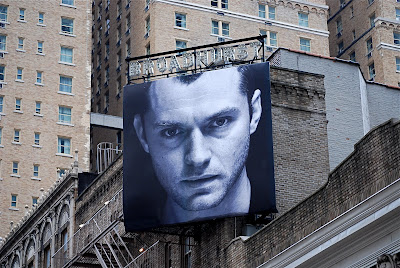 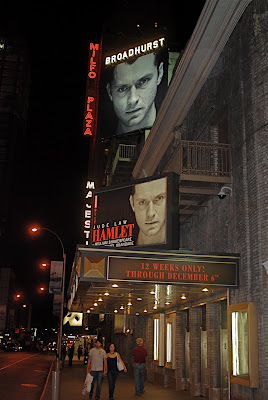 Video posted by newyorkanna
English actor, producer and director Jude Law returns to Broadway for the first time since 1995 when he made his Tony Award-nominated debut in Jean Cocteau's Indiscretions (Les Parents Terribles). He plays the title role in William Shakespeare's HAMLET for a limited run of twelve weeks at the Broadhurst Theatre (235 West 44th Street). Directed by Michael Grandage, Hamlet opens on October 6. I took these photos at the stagedoor after a preview performance on September 13.
Jude Law was born in Lewisham, South London, as second child to teachers Peter Law and Margaret Heyworth. He grew up in Blackheath, a village in the Borough of Lewisham and he was educated at John Ball Primary School in Blackheath and Kidbrooke School in Kidbrooke, before attending the Alleyn's School in Dulwich. He began acting with the National Youth Music Theatre in 1987, and had his first television role in 1989. After starring in films directed by Andrew Niccol, Clint Eastwood and David Cronenberg, he was nominated for the Academy Award for Best Supporting Actor in 1999 for his performance in Anthony Minghella's The Talented Mr. Ripley. In 2000 he won a Best Supporting Actor BAFTA Award for his work in the film. In 2003, he was nominated for the Academy Award for Best Actor for his performance in another Minghella film, Cold Mountain. In 2006, he was one of the top ten most bankable movie stars in Hollywood. In 2007, he received anHonorary César and he was honoured with the Ordre des Arts et des Lettres conferred by the French government; he was named a "Chevalier of the Ordre des Arts et des Lettres". (biography notes from wikipedia)
STUDENT RUSH TICKETS:
“Hamlet” on Broadway has sold out all of its $25 seats for the 12-week run, but producers today announced the availability of $35 student-rush tickets.
The Donmar Warehouse production of the tragedy is currently in previews with opening night set for Oct. 6. It will play through Dec. 6. The student-rush “Hamlet” tickets will be sold at the Broadhurst Theatre box office, only on the day of the performance, one-ticket per student ID. The number of available tickets may vary for each performance. If the performance is otherwise sold out, standing room tickets will be sold for $21.50. Regular tickets are $116.50 with premium seats fetching $201.50 to $251.50. The box office is open from 10 a.m. to 8:30 p.m. Monday through Saturday and noon to 6 p.m. on Sunday. The Broadhurst Theatre is located at 235 W. 44th St.
Posted by Noel Y. C. at 4:53 AM