NEXT TO NORMAL, A New Musical 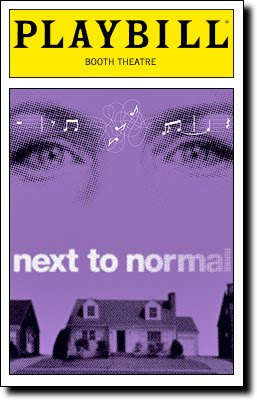 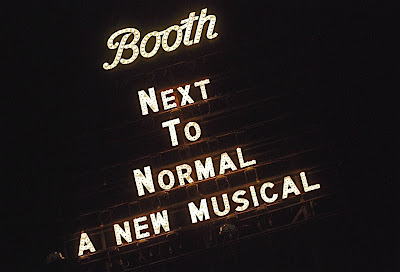 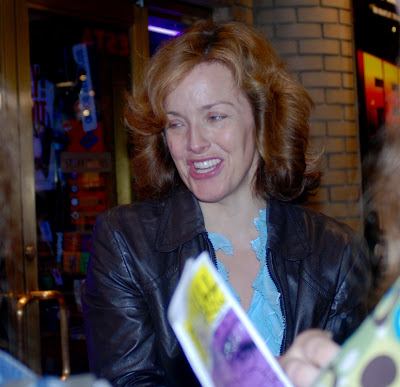 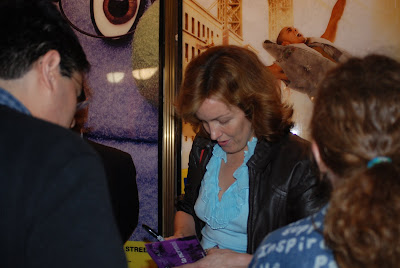 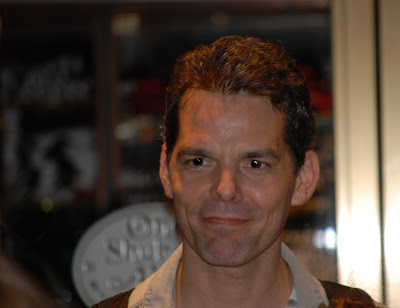 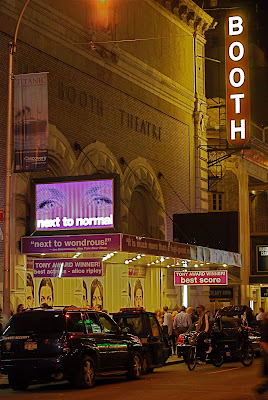 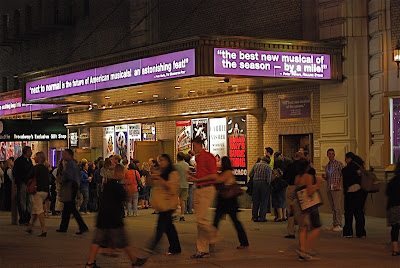 Last night, I attended a performance of what has been cited as one of the most innovative musicals of the Broadway season, "Next To Normal" at the Booth Theatre. This is an original musical from the director of "Rent." Alice Ripley plays the role of a woman who became mentally ill after a family tragedy. She won the Tony Award for Best Performance by a Leading Actress in a Musical this year. Composer Tom Kitt and lyricist Brian Yorkey won the Tony Award for Best Score of a Musical for Next to Normal.
Here is a roundup of the reviews:
Daily News - “A story of a mom’s mental illness and the toll it has taken on her and everyone around her may not sound like one that sings, but Tom Kitt (music) and Brian Yorkey (book and lyrics) have created an exceptional show that says something meaningful and powerful about surviving in a world of problems.”
New York Times - “Such emotional rigor is a point of honor for “Next to Normal,” sensitively directed by Michael Greif and featuring a surging tidal score by Tom Kitt, with a book and lyrics by Brian Yorkey. With an astounding central performance from Alice Ripley as Diana Goodman, a housewife with bipolar disorder, this production assesses the losses that occur when wounded people are anesthetized — and not just by the battery of pharmaceutical and medical treatments to which Diana is subjected, but by recreational drugs, alcohol and that good old American virtue, denial with a smile.”
Hollywood Reporter - “It would be nice to report that the musical is an artistic triumph, but it remains a decidedly mixed bag despite many laudable aspects.”
Newsday - “Next to successful.”
Variety - “But the creative team here poses a potentially hackneyed question — is it better to feel pain or smother it? — and gives it freshness, urgency and emotional integrity.”
Associated Press - “That newfound clarity has ratcheted up the show’s effectiveness, making “Next to Normal” one of the most adventurous and satisfying musicals of the season.”
Bloomberg - “The result is a better show, though still one that’s easier to admire than love.”
Post - “Michael Greif’s sleepy direction doesn’t help. Typical is his over-reliance on Mark Wendland’s banal three-tiered set, all chrome tubing and walls of lights. And, yes, a character does sing a power anthem while fiercely gripping a railing.”
amNewYork - “Simply put, “Next to Normal” is truly one of the most powerful, surprising and invigorating original musicals in recent memory, reminding us how it’s possible for contemporary musical theater to hook an audience entirely through the strength of its storytelling.”
Chicago Tribune - “This not only is a serious, substantial, dignified and musically sophisticated new American work, intensely staged by Michael Greif, but a frequently moving picture of an empathetic nuclear family whose members are struggling, like many of us, to take care of themselves and each other, and to keep the stitches in the fraught daily fabric of their everyday lives.”
Canadian Press - “What these performers all have in common are powerhouse voices, able to negotiate a pulsating pop-rock score. Actually, pop-rock doesn’t do justice to Kitt’s often haunting melodies and Yorkey’s intelligent lyrics. Both are infused with a theatricality that helps define who these people are.”
Posted by Noel Y. C. at 10:12 PM

Email ThisBlogThis!Share to TwitterShare to FacebookShare to Pinterest
Labels: A new Musical, Alice Ripley, J. Robert Spencer, Next To Normal