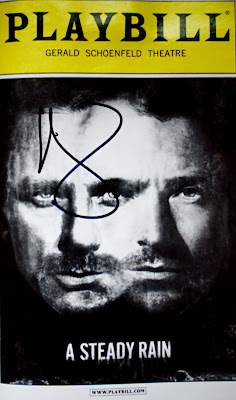 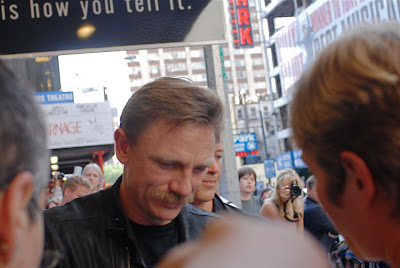 Daniel Craig at the stagedoor after a performance 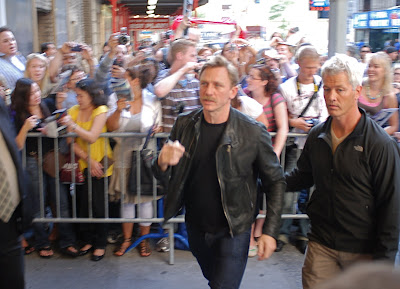 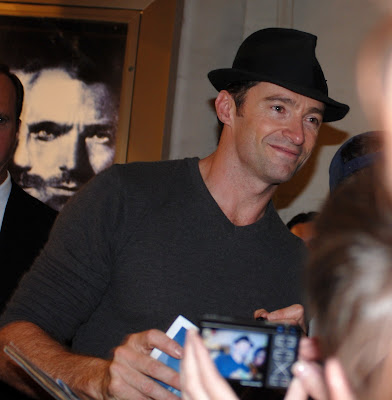 Hugh Jackman at the stagedoor after the first preview performance 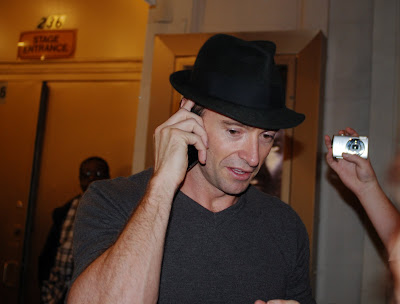 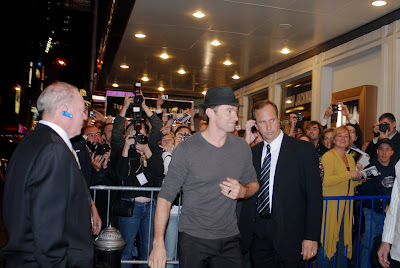 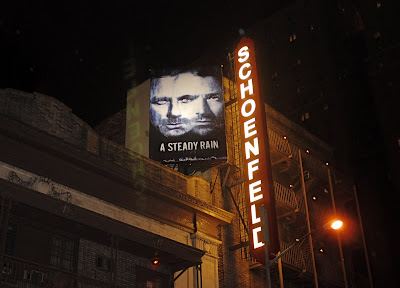 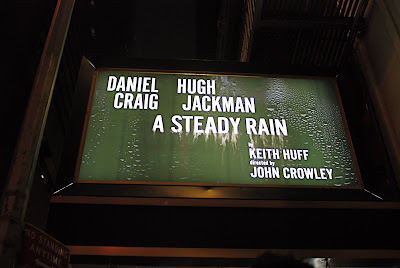 Last night, I attended the first preview of the Keith Huff's two-man play, "A Steady Rain" starring HUGH JACKMAN and DANIEL CRAIG at the Schoenfeld Theatre. This new gritty American play tells about two Chicago police officers who are lifelong friends and have differing accounts of a few harrowing days in a poor neighborhood. After a long applause when the curtain rose, the story began as two separate monologues from two familiar characters, a good cop and a bad cop that provide different perspectives in a series of past events, some inspired by real-life cases. Plagued with personal alcohol and racism issues, the narrative by the two cops occasionally merged into present moment dialogue scenes. The story is very emotional and disturbing but quite funny at some points. Both actors were brilliant, although Daniel Craig fumbled through his dialogue. Hugh Jackman was very compelling as Denny, the classic cop gone bad with a dynamic personality.
Directed by John Crowley, "A Steady Rain" is produced on Broadway by Frederick Zollo, Michael G. Wilson, Barbara Broccoli, Raymond L. Gaspard, Frank Gero, Cheryl Wiesenfeld, Jeffrey Sine, Michael Rose Ltd, The Shubert Organization, Inc. and Robert Cole. Set and costume design are by two-time Tony Award winner Scott Pask, with lighting design by two-time Tony Award nominee Hugh Vanstone and original music and sound design by Mark Bennett.
Posted by Noel Y. C. at 3:25 AM

Two of the most talented actors in Hollywood on Broadway. Hugh Jackman is a George Clooney clone, charming, classy, and one of greatest actors of his generation. I wish I lived in New York so I could see this in person!

Hi ! I don't live in NY at all, I'll travel from France to attend this play... Hugh is worth it, and even much more.... Nothing like "a George Clooney clone", he has his own charming personnality, his own beautiful smile, his own perfect eyes... He is a smart, beautiful person with a straight, beautiful soul, and this is the most important I think....