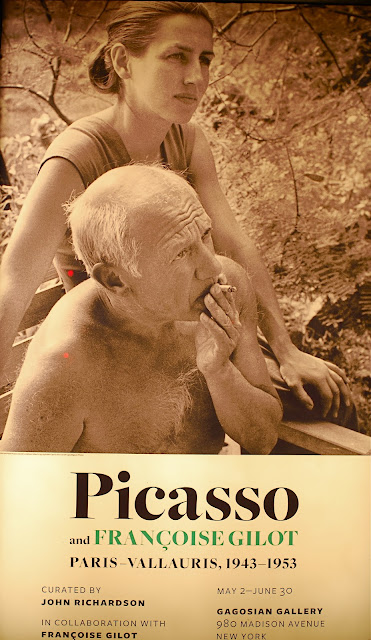 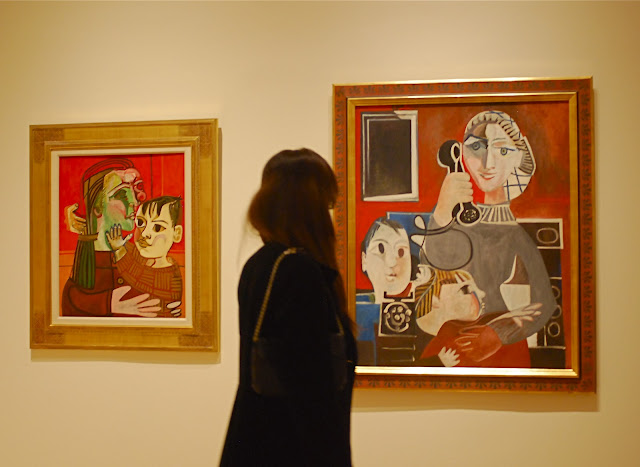 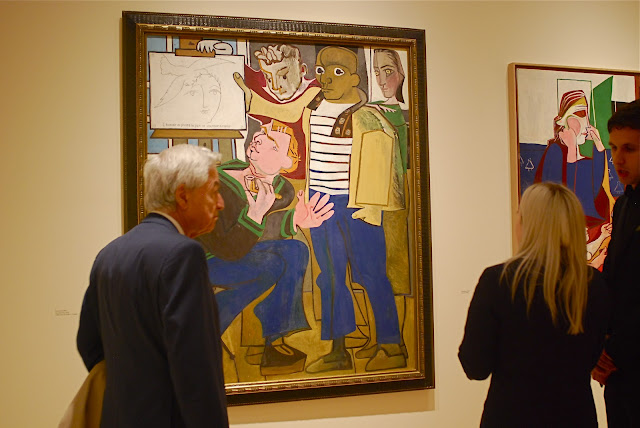 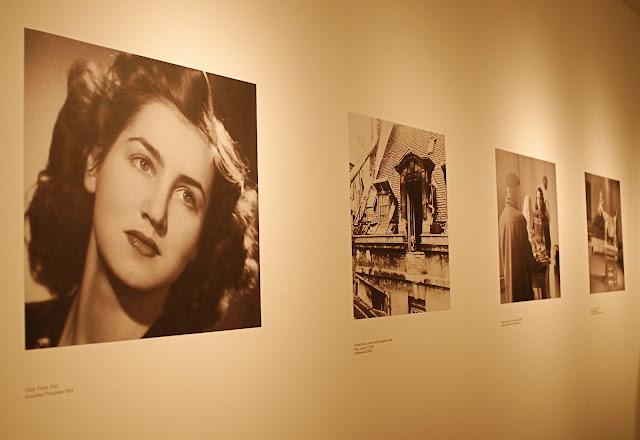 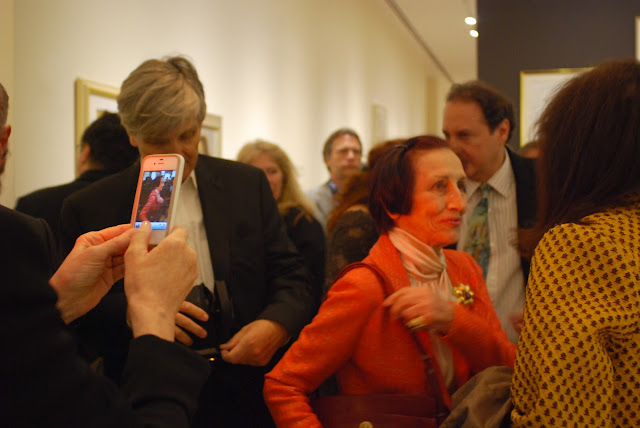 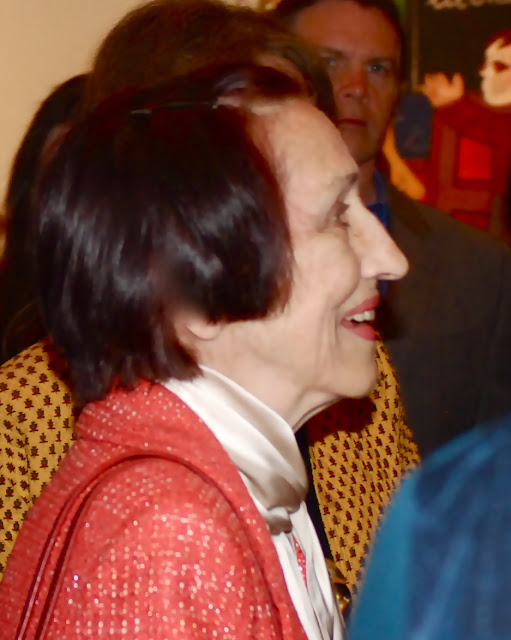 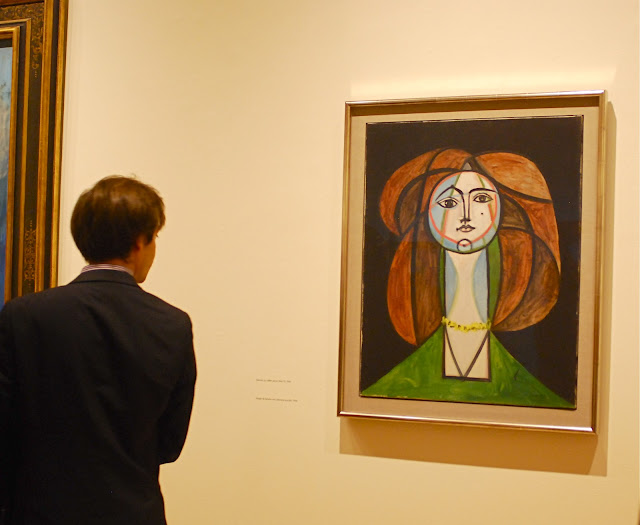 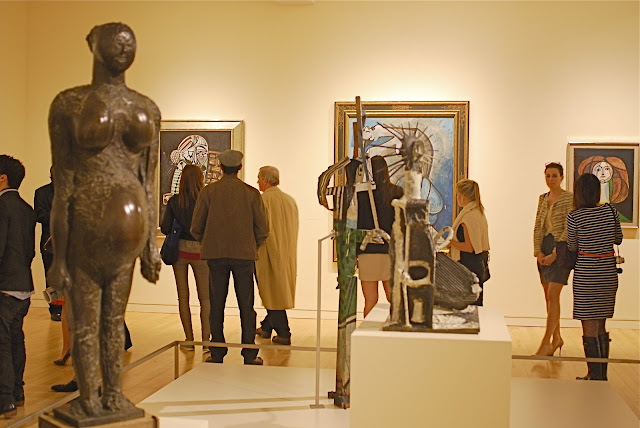 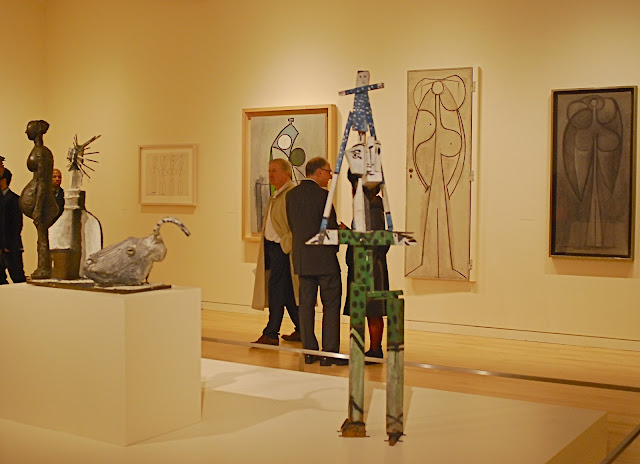 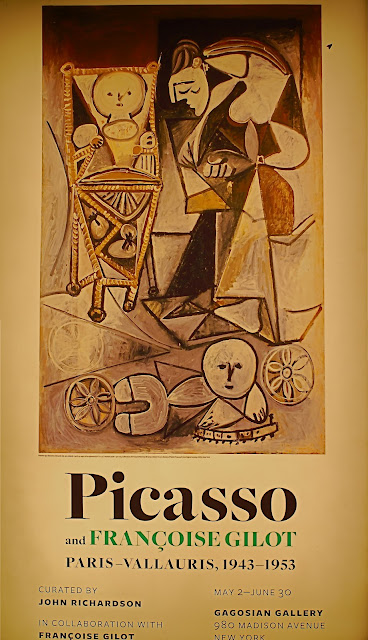 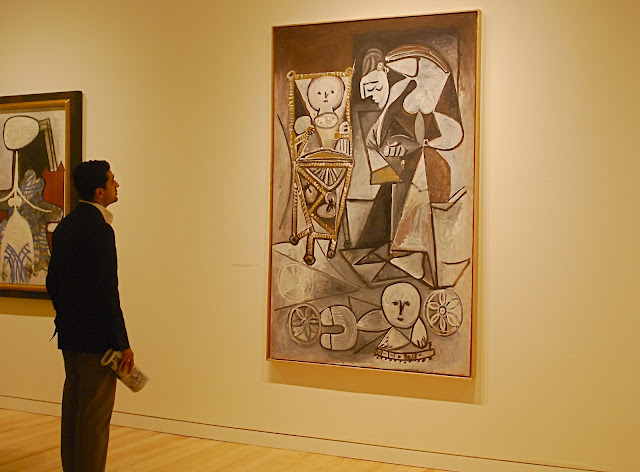 Last night, Gagosian Gallery opened a new exhibition, “Picasso and Françoise Gilot: Paris–Vallauris 1943–1953,” the fourth major exhibition in an ongoing series on the life and work of Pablo Picasso. Attracting a big crowd on its opening reception, this exhibition was conceived as a visual and conceptual dialogue between the art of Picasso and the art of Françoise Gilot, his young muse and lover from 1943 through 1953, and the mother of two of his children. The impressive exhibition is a collaboration between Gilot and Picasso’s biographer John Richardson, assisted by Gagosian director Valentina Castellani. Presented in this exhibition are Gilot's paintings alongside Picasso’s innovative depictions of her and their family life in paintings, sculptures, drawings, pottery and prints. It is the first time that their work has been exhibited together. It is believed that this exhibition will be a revelation of "the importance of Gilot to Picasso during that whole period." Some of the artworks on display are loans from museums, including the Museum of Modern Art, New York and the Israel Museum, as well as from private collectors. Picasso and Gilot's works of art are on display on the 6th and 5th floors of the Gagosian Gallery which is located at 980 Madison Avenue, between 76th and 77th Streets. The exhibition runs through the end of June.

The years that Picasso spent with Gilot represented an era of great change: Europe was emerging from WWII with a pronounced political dedication to peace; and Picasso was experiencing the joy of a new partner and family, with the births of Claude and Paloma. He also moved from Paris to his first permanent residence in the south of France at Vallauris. It was a period of transformation in his paintings that coincided with great inventiveness in a range of new mediums including lithography, sculpture, and ceramics. He announced Gilot’s presence as his muse in nuanced, romantic paintings such as Femme assise (1946), Femme au collier jaune(1946), and Femme dessinant (Françoise) (1951). The exhibition includes four variations of the iconic La femme-fleur. He crafted radical sculptural assemblages, such as the Femme portant un enfant (1953) and Anatomie feminine (1946), from industrial debris collected while walking the hills of Vallauris. He immortalized Gilot’s striking beauty and vitality in pioneering lithographs created at the Atelier Mourlot; and at the Ramié pottery studio, he revolutionized the production of ceramics, creating playful and exuberant editions available to a new and wider audience.

Although she was only twenty-one years old at the time she met Picasso, Gilot was already an accomplished artist. Later she would align herself with Realites Nouvelles, a group of radical abstractionists headed by Nicholas de Stael and Sonia Delaunay. Nor was Gilot a great admirer of Picasso; she much preferred Braque, whose work left a visible impression on her own style. “Picasso and Françoise Gilot” includes key paintings by Gilot—self-portraits such as Portrait en noir (moi-même au travail)(1943) and Le peintre (portrait de moi-même au travail) (1946); still lifes; and depictions of Picasso and their children that chart her own stylistic transformations over the decade they spent together. Several of the paintings exhibited were included in Gilot’s 1943 Paris exhibition Picasso visited the week after they met. It is a great honor for Gagosian Gallery to collaborate on this historic and unprecedented exhibition with Françoise Gilot, who to this day remains an active artist.

The Madison Avenue galleries have been transformed by architect Christian Hubert, and the exhibition is accompanied by a fully illustrated catalogue that includes a dialogue between Richardson and Gilot, as well as essays by Charles Stuckey and Michael Cary.

Françoise Gilot was born in 1921 in Paris. She studied law at the University of Paris and painting with Endre Rozsda and at L’Ecole des Beaux Arts, Paris. Major exhibitions include “Françoise Gilot: Drawings,” the Museum of Albuquerque, New Mexico (1977), “Françoise Gilot,” Musée Picasso, Antibes (1987), and “Modern Dance as Muse: the Art of Françoise Gilot,” the Museum of Contemporary Art, San Diego (1992). Her major books include “Matisse & Picasso, A Friendship in Art” (1990) and the seminal memoir, “Life with Picasso” (1964). Public collections include The Museum of Modern Art, New York; Musée Picasso, Antibes; Tel Aviv Museum of Art; and Musée d’art moderne de la ville de Paris. In 1990 the French government awarded her Chevalier de la Legion d’Honneur for her work as a painter, writer and feminist, and in 2010 she was made Officier de la Legion d’Honneur, the highest honor awarded in the arts by the French government. Information obtained from Gagosian Gallery website.

Charlie Rose interviewed Gilot and Richardson together in his television show which aired on May 17, 2012. Click on this link.
Posted by Noel Y. C. at 4:19 AM