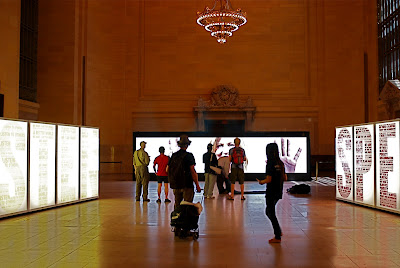 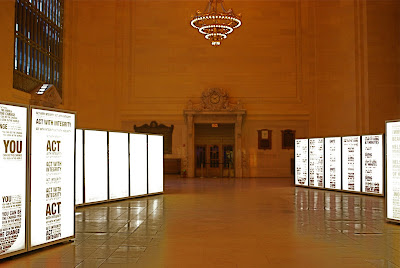 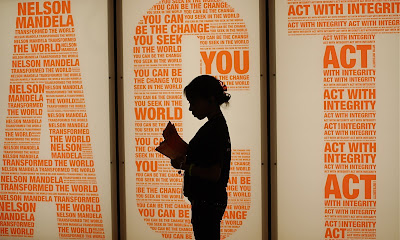 Silhouette of an exhibit volunteer against the illuminated word "ACT", one of the action words aimed at connecting Mandela's lifelong's struggle against injustice, and our own potential for positive social change 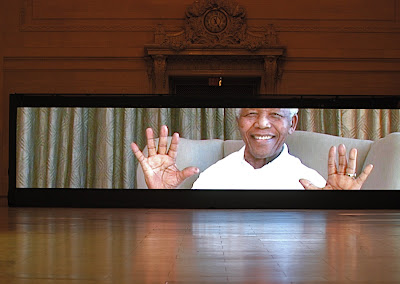 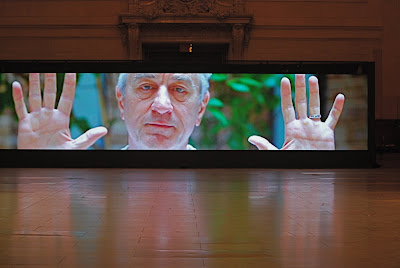 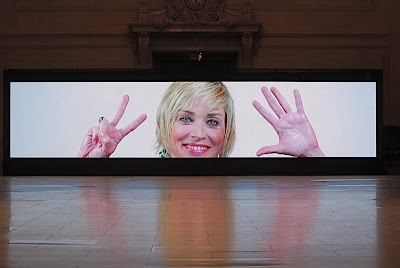 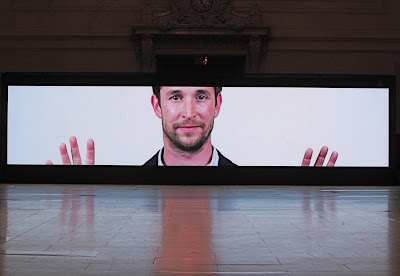 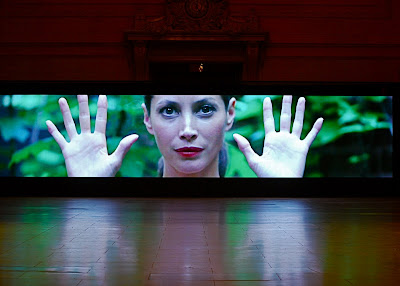 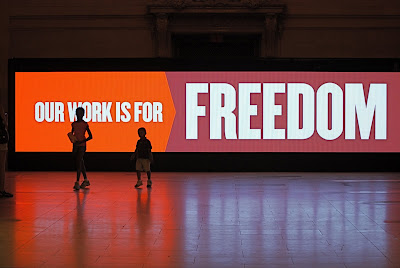 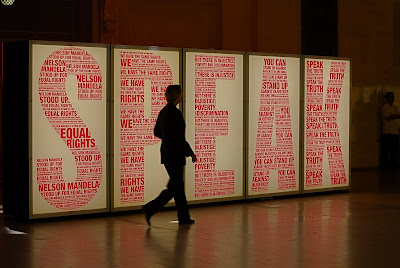 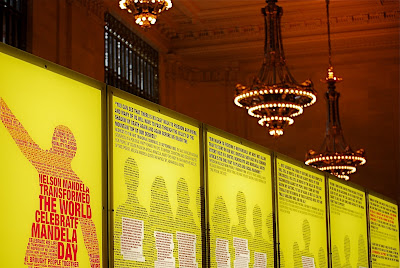 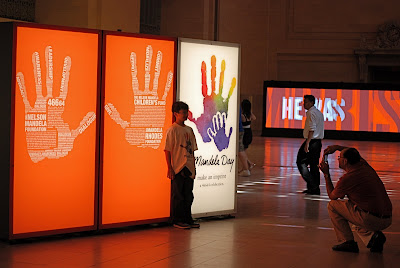 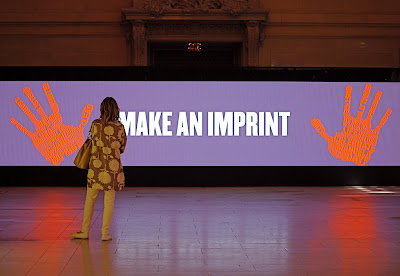 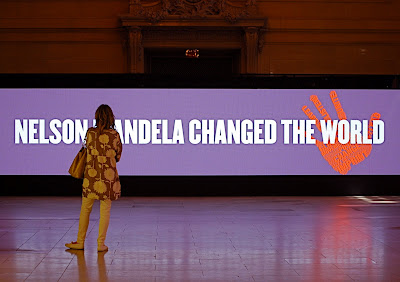 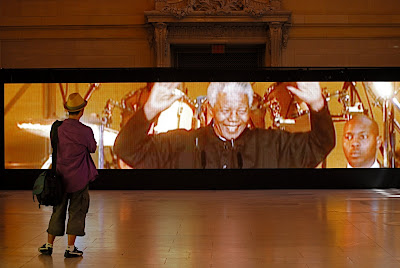 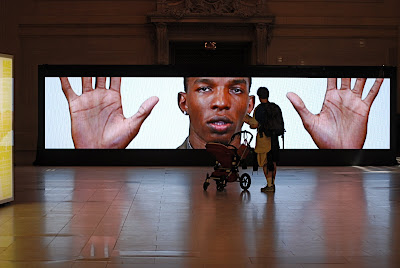 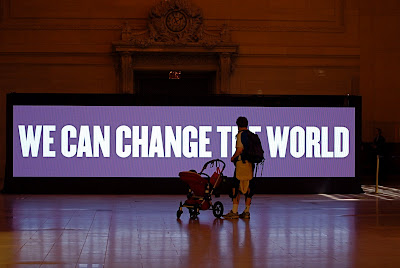 Today is MANDELA DAY, South Africa's former President NELSON MANDELA's birthday, and a celebration of Mr. Mandela's life that will serve as a global call to action for people to "make an imprint" and help change the world around us for the better. I visited the Mandela Day Installation at the Vanderbilt Hall in Grand Central earlier today. The installation, which opened last July 9 and will be on view until the 21st, features 6 illuminated action words: ACT, LISTEN, LEAD, UNITE, LEARN and SPEAK. These words sum up Mandela's struggle against apartheid and other social injustice. I thought the installation is very simple yet very effective, powerful and inspiring. A giant widescreen presents powerful images and graphics and beautiful song called "With My Own Two Hands." The installation was created by the Ralph Appelbaum Associates Incorporated.
From eventsetter.com:
Installation celebrating the life and legacy of Nelson Mandela to be on display in Grand Central Terminal in honor of Mandela Day 46664 and the Nelson Mandela foundation will debut a Ralph Appelbaum Associates designed installation at Vanderbilt Hall in Grand Central Station, open to the public July 9 – 22 from 7:30 am - 7:30 pm in honor of Nelson Mandela. The installation featuring six 3-D action words: act, listen, lead, unite, learn and speak, highlight Nelson Mandela’s lifelong struggle against apartheid and other social injustice, and call to action our own potential for positive social change.The front of each word shows key messages that reveal Nelson Mandela’s values and inspires visitors to act. The back of each word has detailed information about Nelson Mandela’s life, stories and speeches. “Listen” contains messages relating to his most powerful speeches; “learn” presents Nelson Mandela’s biography with iconic images; “unite” recalls inspiring stories in which Mr. Mandela showed the importance of reconciliation; “act” explains the work of the different foundations that Nelson Mandela founded; “speak” challenges visitors to consider how they might speak up against injustice; and “lead” is a display that allows visitors to write their pledge to help at a local cause of their choice. The audio/visual experience culminates with a film highlighting key moments in Mr. Mandela’s life and showcasing his legacy. The installation is part of a series of events culminating with the star-studded Mandela Day concert at Radio City Music Hall on July 18, Nelson Mandela’s 91st birthday. Tickets are now available at www.ticketmaster.com for the event featuring performances by Stevie Wonder, Aretha Franklin, Alicia Keys, Will.i.am, T-Pain, Josh Groban, Queen Latifah, Wyclef Jean and many more. This celebration of Nelson Mandela’s life will serve as a global call to action for people to recognize their individual power to make an imprint and help change the world around them for the better. 46664 is calling on people around the world to support the creation of an official Mandela Day, to be held annually on July 18. For photos, footage, EPK and more information visit www.MandelaDay.com.
WHAT: Mandela Day Installation
WHEN: July 9 - 22 (7:30 am – 7:30 pm)
PRICE: Free
WHERE: Vanderbilt Hall, Grand Central Terminal, 42nd Street and Park Avenue, New York
Posted by Noel Y. C. at 7:06 PM