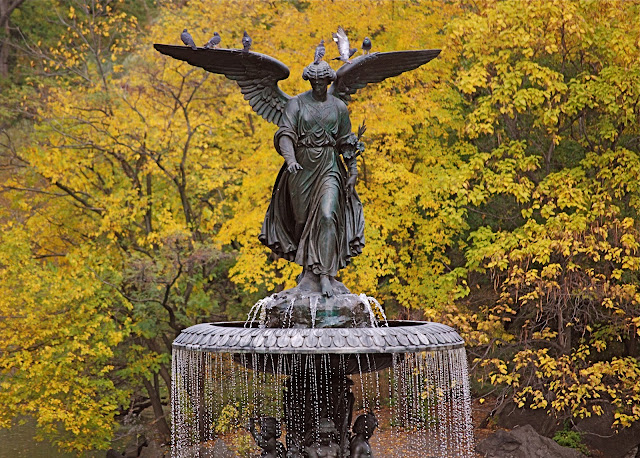 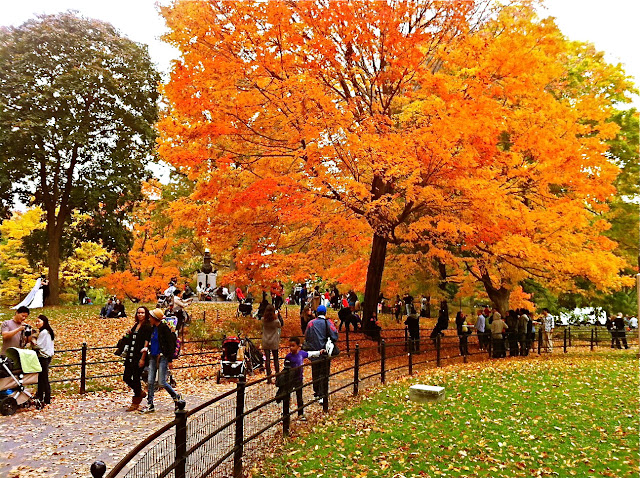 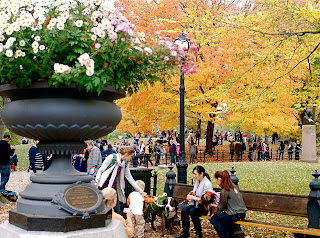 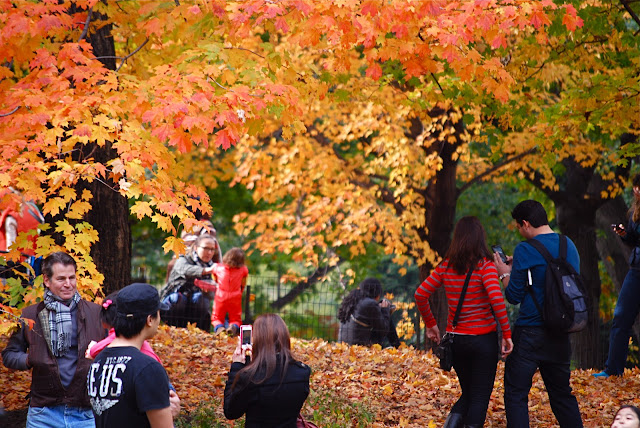 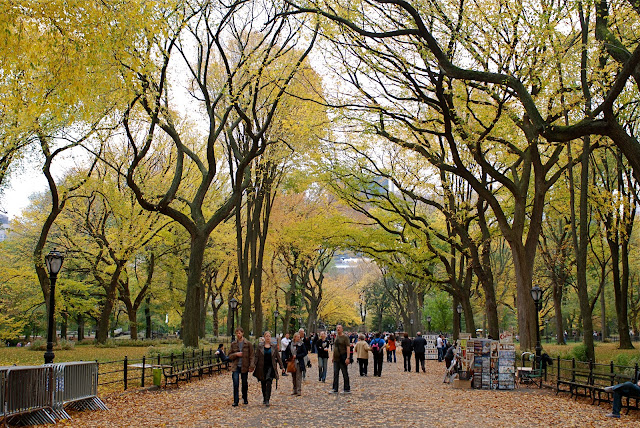 John Paulson, a billionaire hedge-fund manager recently donated $100 million to the Central Park Conservancy. It is believed to be the largest donation to any park in US history. Paulson, who joined the conservancy board in June, said he wants to make New York City a center of his philanthropy and decided Central Park, which he has visited regularly since his childhood and where his grandparents courted, should be No. 1 on the list.

"It's been an important part of my life and my family's life for a very long time." he said. "I wanted the amount to make a difference."

"It is a great privilege to be able to contribute to the Central Park Conservancy, one of the most important cultural institutions in New York,” Paulson said. He’s No. 28 in the Forbes 400 and No. 61 in the list of Forbes Billionaires.

The images above were taken two days before Superstorm Sandy hit the northeast.
Posted by Noel Y. C. at 8:36 PM

very nice donation.
and yes, I noted leaves still on the trees.