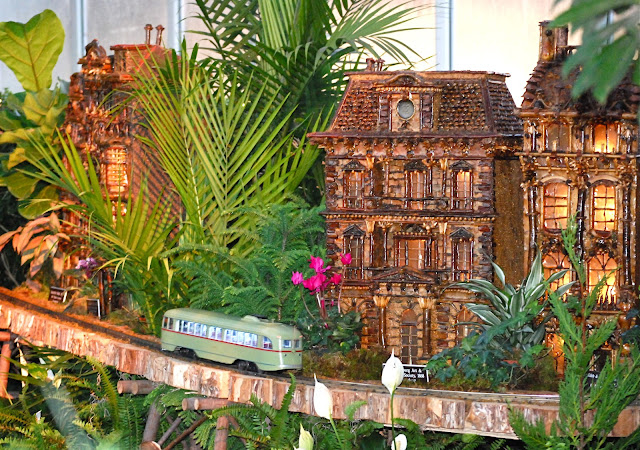 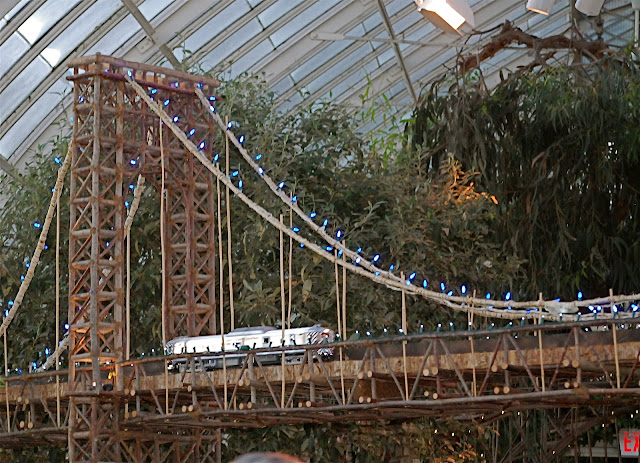 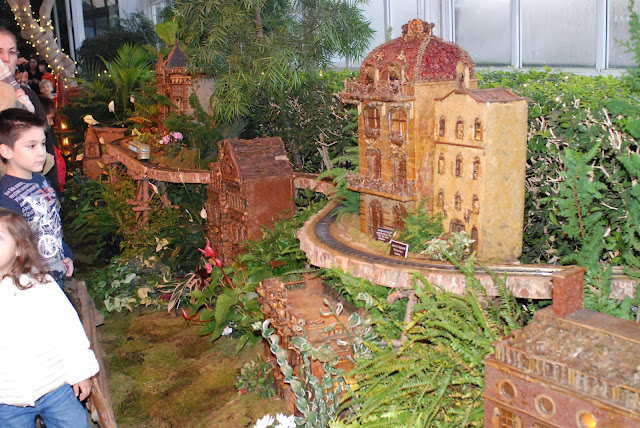 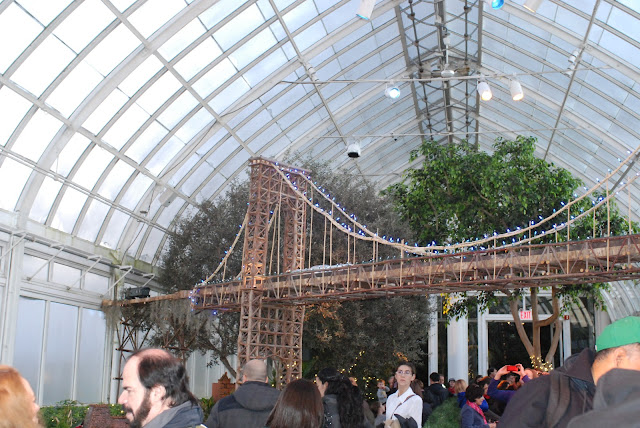 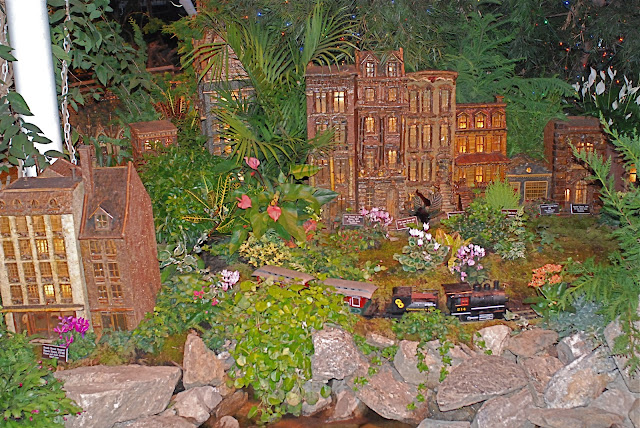 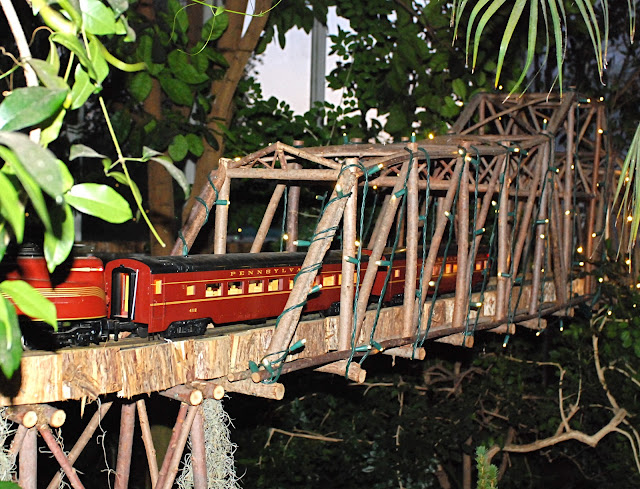 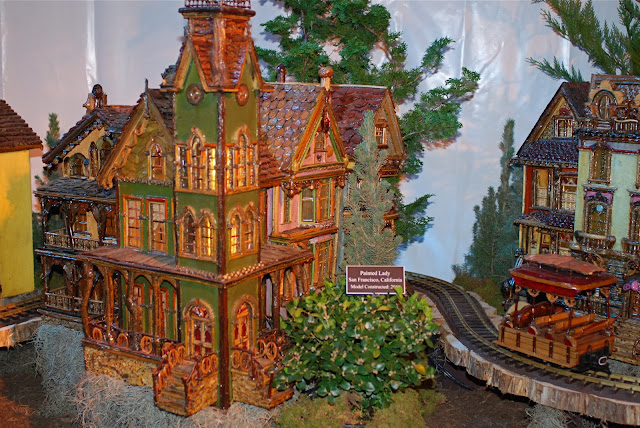 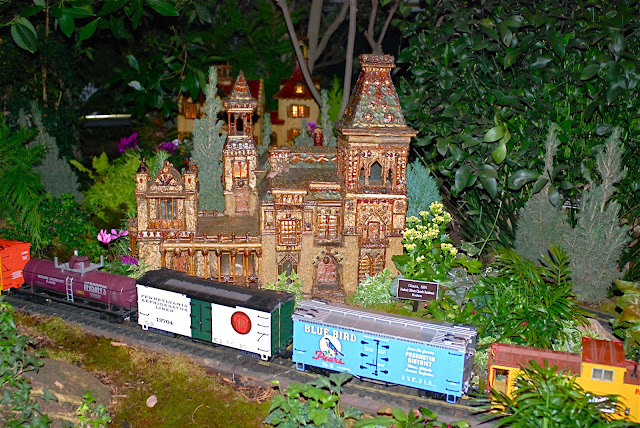 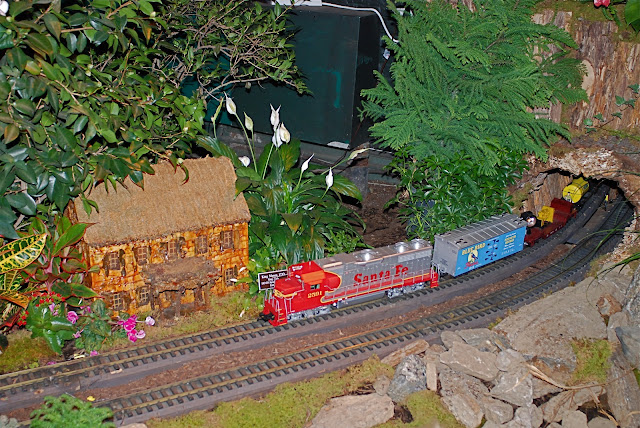 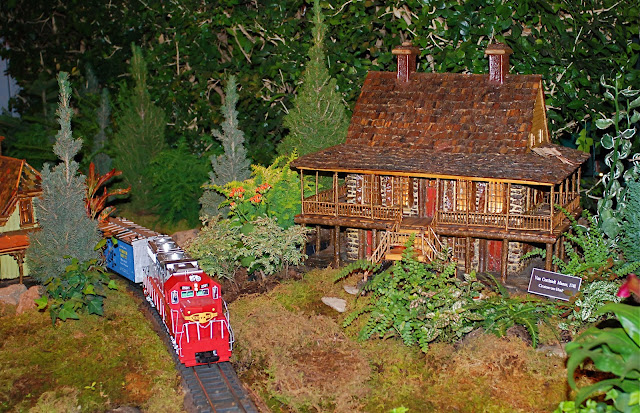 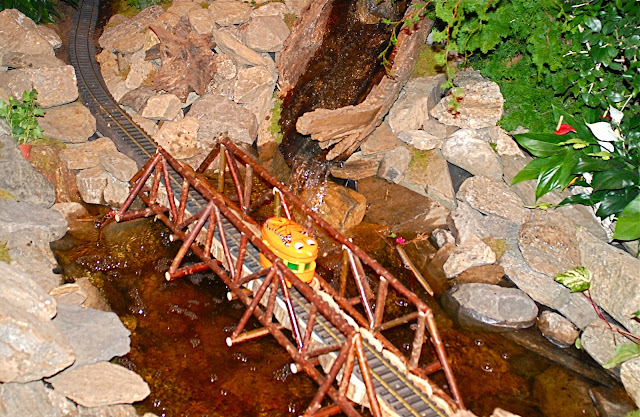 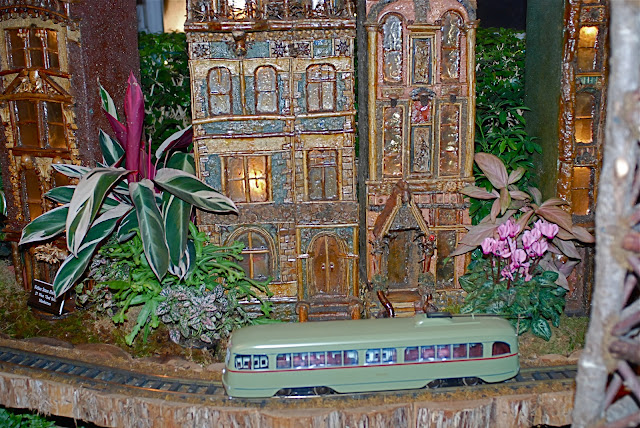 Yesterday, the delightful annual holiday train show opened at the New York Botanical Garden's Enid A. Haupt Conservatory in the Bronx. The Conservatory, the nation's largest Victorian glasshouse, showcases large scale model trains and more than 140 scaled iconic buildings and structures in New York under thousands of twinkling lights. Artistically crafted by Paul Busse's team at Applied Imagination, the landmarks are made of natural materials from plants such as bark, twigs, stems, fruits, seeds, and pine cones. The exhibit begins with replicas of the Statue of Liberty and the Ellis Island Immigration Museum installed at the reflecting pool. Behind the Statue of Liberty are cute replicas of the Roosevelt Island tram cars. The other structures included in the exhibit are the original Penn Station and Yankee Stadium, Radio City Music Hall, St. Patrick’s Cathedral, The New York Public Library on 42nd Street, and the Brooklyn Bridge. The model trains inlude late-1800s American steam engines and streetcars travel alongside modern freight and high-speed passenger trains and trolleys. Cable cars travel over the Conservatory’s reflecting pool. Even Thomas the Tank Engine™ joins the fleets, which traverse across rustic bridges, along overhead trestles, through tunnels, and past waterfalls that cascade into flowing creeks.

The Artist’s Studio shows how the replicas are constructed and displays models in varying stages of completion, from the framing of the landmark structures to the addition of plant part details such as magnolia leaf roof shingles and radish seed marquee lights. The Artist’s Studio features two botanically inspired trolleys and a train, each running on their own separate tracks. Also in The Artist's Studio are replicas of national and international sites and landmarks.

The newest addition this year is a replica of Macy’s flagship store which is on display near the entrance to the Haupt Conservatory.
Posted by Noel Y. C. at 5:03 PM