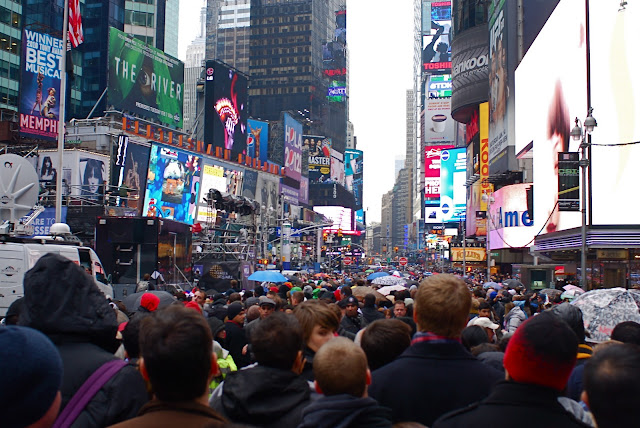 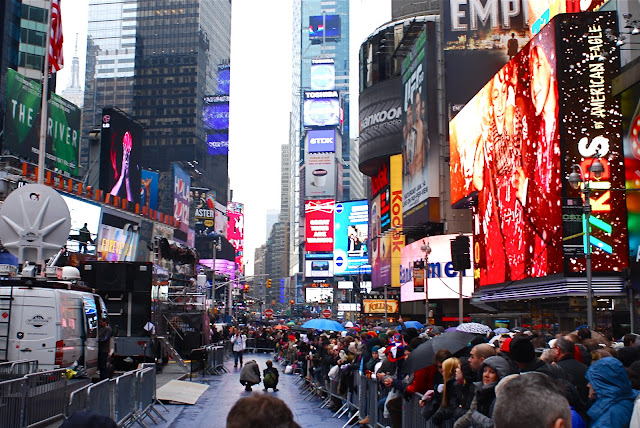 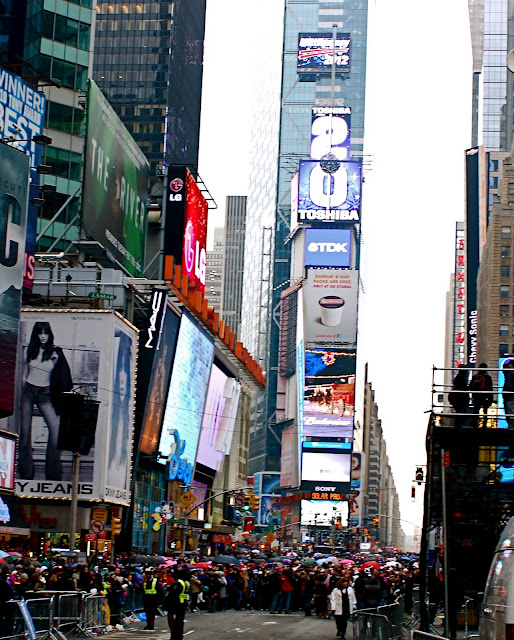 At around 3 P.M. today, the New York Police Department started to close the streets around Times Square in preparation for tonight's New Year's Eve festivities. Due to the unseasonably mild weather, more revelers are expected to pack Times Square. The photos above were taken at around 2 P.M. when crowds began to jam into the area. Visitors are advised not to bring backpacks, packages, large bags or any alcohol. The streets won't reopen until 3 AM tomorrow. Here are the closed streets: 41st Street between 8th & 6th Avenues; 58th Street between 8th & 6th Avenues; 8th Avenue between 41st & 58th Streets; 6th Avenue between 41st & 58th Streets (All inclusive); and Seventh Avenue and Broadway between 41st Street and 59th Streets, inclusive of all cross streets. All closures are at the discretion of the NYPD.


Highlights of tonight’s official New Year’s Eve Times Square schedule include the lighting and raising the Times Square New Year’s Eve Ball at 6 p.m., Justin Bieber’s performance of “Let It Be” at 10:08 p.m., Lady Gaga’s medley at 11:38 p.m. and the ball drop, confetti release and pyrotechnics at midnight. Other entertainers scheduled to perform through the evening include Drake, the cast of Broadway’s “Rock of Ages,” Megan Hilty, Pitbull and Hot Chelle Rae.
Posted by Noel Y. C. at 1:13 PM