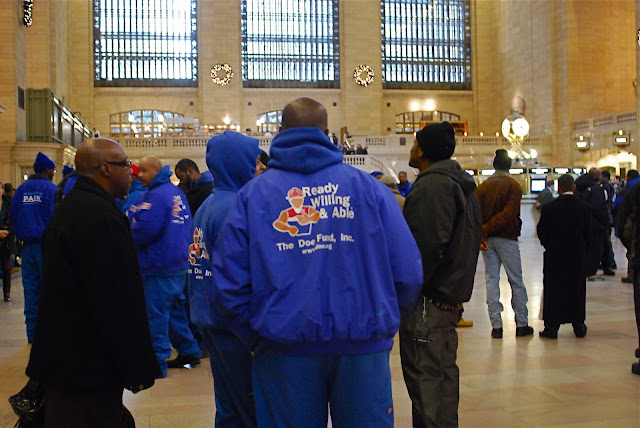 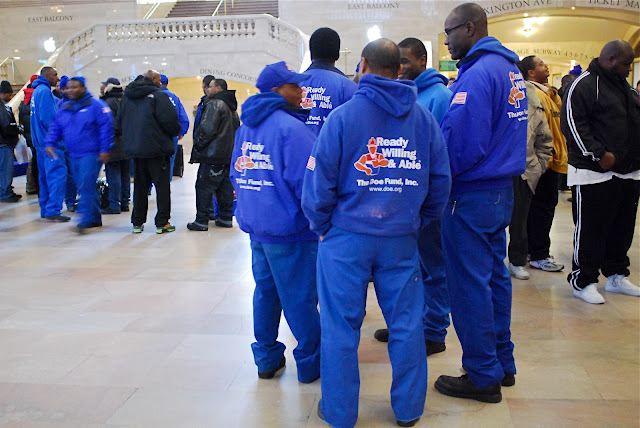 This morning, Iraq War veterans participating in the Doe Fund Veterans Program joined the “men in blue” of the organization’s "Ready, Willing & Able" initiative, as well as community members and Doe Fund supporters for the Doe Fund's annual "Mama Doe" candlelight vigil. The event was held to honor the memory of an elderly homeless woman – known only as “Mama” – who died on a bench in the station’s waiting room on Christmas Day in 1985. George McDonald, founder and president of the Doe Fund began volunteering in the mid 1980's to feed the homeless people who were living in Grand Central Terminal. Among the homeless was an elderly woman who was loved by all and was known to all as "Mama." On Christmas Eve 1985, McDonald gave Mama a warm purple scarf as a present. Mama was driven out from the terminal by transit police so she slept on a subway grate. When McDonald returned on Christmas morning, he found the scarf crumpled beside Mama who laid dead on a bench. She apparently crawled back into the terminal when it reopened, but later on died. McDonald founded the Doe Fund in her memory. The organization is renowned for the "Ready Willing and Able" program that provides paid work opportunities to thousands of homeless people.
Posted by Noel Y. C. at 9:01 PM