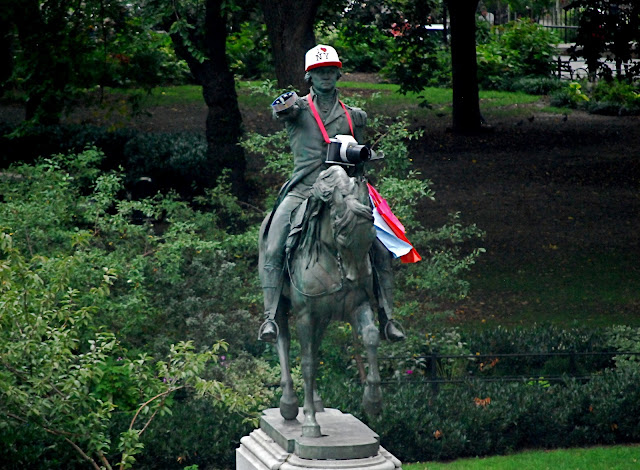 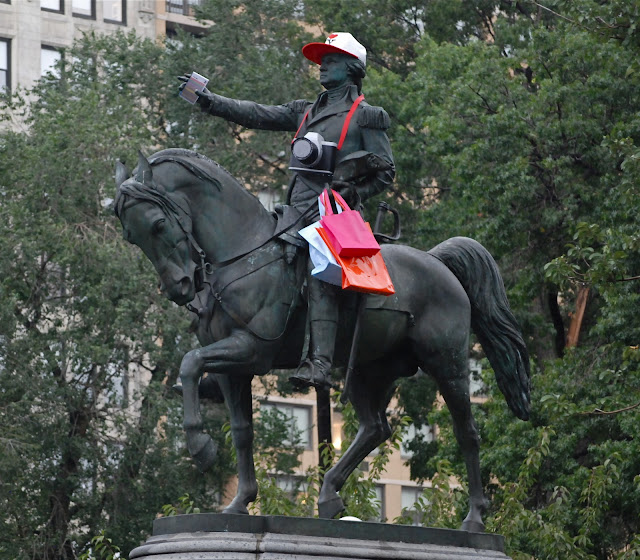 Brooklyn artist Leon Reid IV dressed up the George Washington statue in Union Square as a tourist last Saturday as a public art project. For one day only, George donned an "I ♥ NY" hat, a subway map, and local shopping bags. Reid says his project, called "Tourist-In-Chief," aims to: reflect the cultural atmosphere of Union Square, make George Washington more relatable to the public and educate the public about Washington's role in NYC history. The project is part of this year's Art In Odd Places Festival.

Listed as one of the “60 Innovators Shaping Our Creative Future” by Thames & Hudson, Reid has been on the edge of public art for over 15 years. Known for his humorous urban installations as seen throughout New York, London, Berlin and Sao Paulo, Reid is one of the few artists responsible for introducing sculpture into the genre of street-art. Leon Reid IV (born in Richmond, VA,1979) earned his BFA from Pratt Insitute in 2002 and his MA from Central St. Martin’s in 2004. He lives and works in Brooklyn, NY.
Posted by Noel Y. C. at 6:09 AM