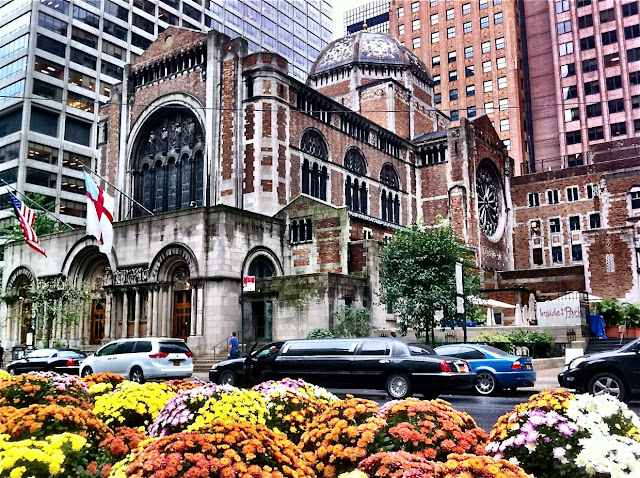 St. Bartholomew's Church, commonly called St. Bart's, is a historic Episcopal parish founded in January 1835, and located on the east side of Park Avenue between 50th and 51st Street in midtown Manhattan. St. Bartholomew's is famous for its pipe organ, the largest in New York and one of the ten largest in the world. Saint Bartholomew's Church and Community House was designated a landmark by the New York Landmarks Preservation Commission in 1967. The architecture is simplified Byzantine design with French Romanesque portal. In popular culture, the church has appeared in the 1981 movie Arthur, in which Arthur's (Dudley Moore) wedding to Susan Johnson (Jill Eikenberry) was to take place at St. Bart's. The infamous wedding scene in the remake of the same film was also filmed at St. Bart's last year.
Posted by Noel Y. C. at 3:19 AM