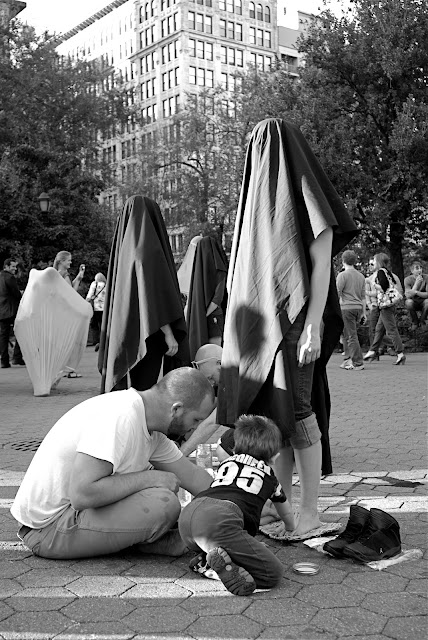 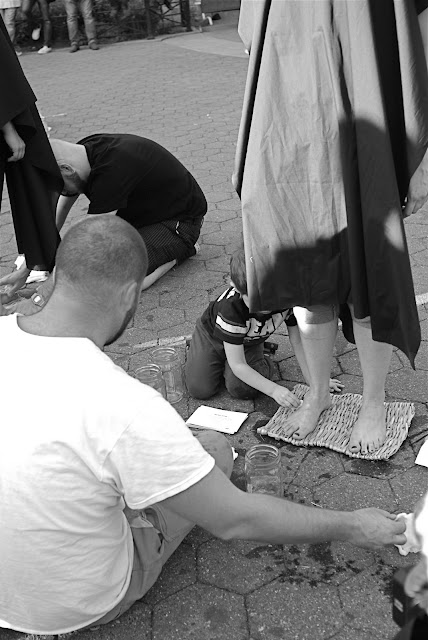 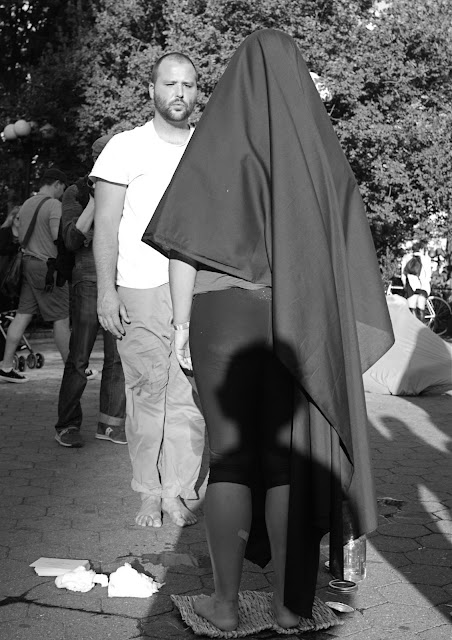 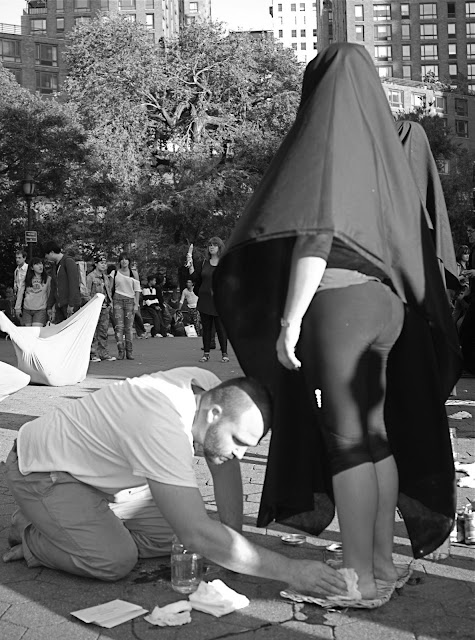 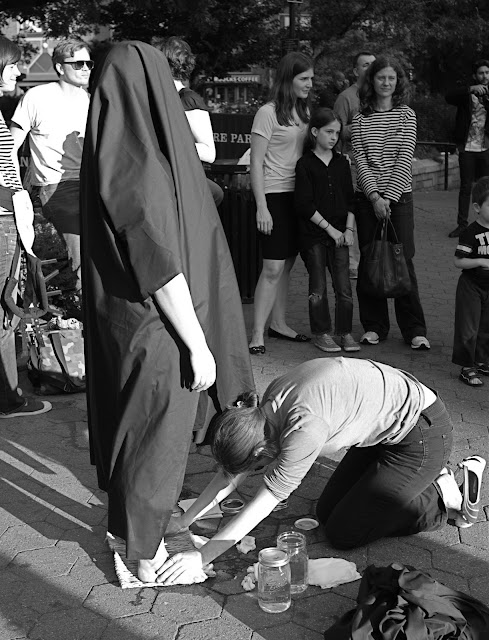 For the recently concluded Art in Odd Places Festival 2011, Brooklyn-based artist, Rob Andrews used cloaked figures for his interactive foot cleansing performance art. The cloaks were black and extended to the figures' ankles. The public was invited in English and in Arabic to clean the feet of the figures with the artist. This performance art is considered an act of communion, preparation for prayer, sublimation, sharing, acknowledgment of difference, but also of sameness. Let us be contrary, but let us find peace in our shared rituals! It's part of a decade long series of works called Clean Pieces that place the ritual of cleaning in a new context to encourage viewers to see it as a metaphor for human connection, and the boundaries that we build and sustain between each other - religious, racial, and otherwise.
Rob Andrews (US) is an artist and teacher that lives in Brooklyn, NY. He has shown work at the Museum of Modern Art, Exit Art, Grace Exhibition Space, and English Kills Art Gallery in New York City, among other places. He enacts rituals and tells stories using his body and the bodies of others. He borrows from tradition, religious practices, and from his very collaborators, purposely getting their stories wrong in order to make them right in some other way. Rob’s practice involves personal intervention into the muck of inherited mythology, public actions, and volunteer and forced collaborations.
Posted by Noel Y. C. at 6:16 AM