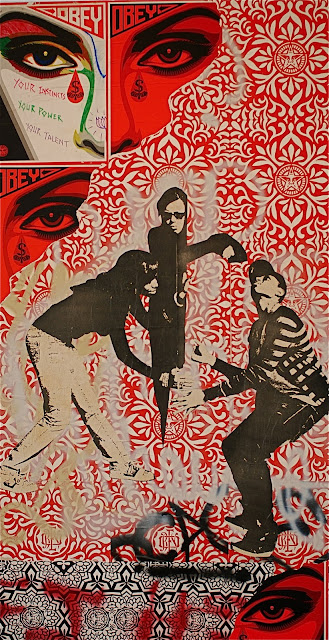 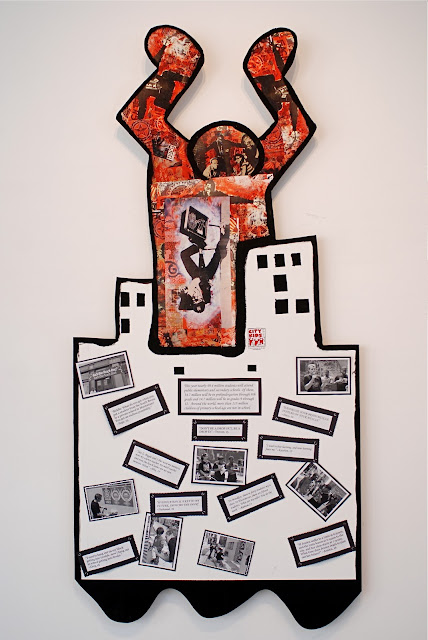 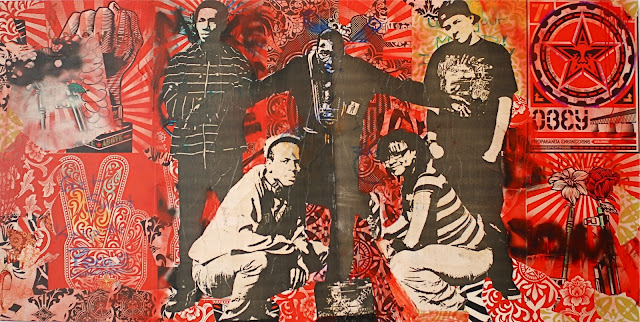 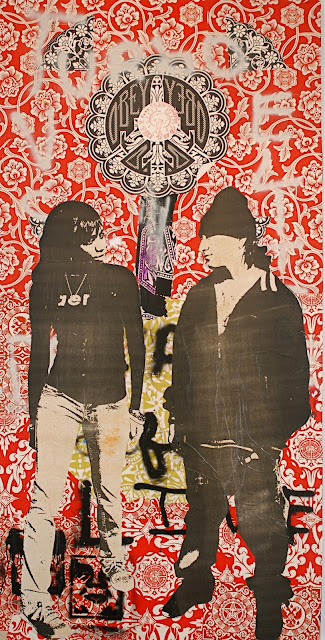 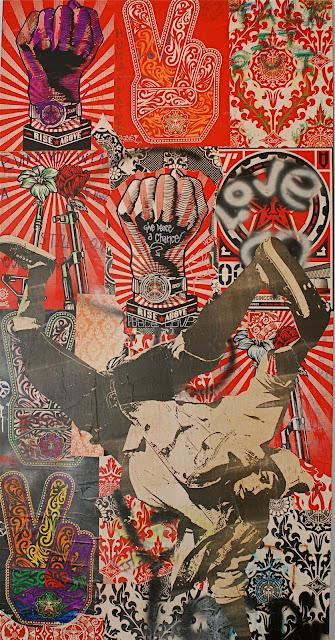 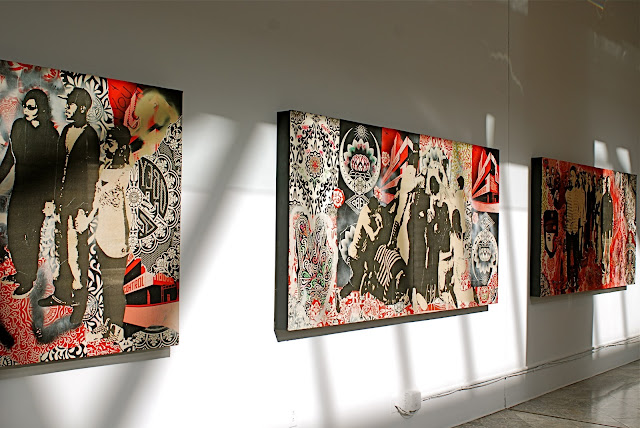 On May 2, 2010 contemporary artist, graphic designer and illustrator, Shepard Fairey guided over 100 teens from The CityKids Foundation through his artistic process to create a 40-foot mural as an expression of the collective power of young people to change the world. Accompanying the new mural is an ongoing exhibit of Fairey's artwork at the World Financial Center Courtyard Gallery. The exhibit features some of Fairey’s iconic images, consisting of twelve 8’x4’ panels that depict four socially pressing issues: youth violence, education, environmental protection and human rights. The exhibit runs from September 28 - October 17, 2010 (12 noon - 4 PM daily) at the World Financial Center Courtyard Gallery.
Fairey became widely known during the 2008 U.S. presidential election, specifically for his Barack Obama "HOPE" poster. The Institute of Contemporary Art, Boston calls him one of today's best known and most influential street artists. His work is included in the collections at The Smithsonian, the Los Angeles County Museum of Art, the Museum of Modern Art in New York, and the Victoria and Albert Museum in London.
Posted by Noel Y. C. at 4:35 AM