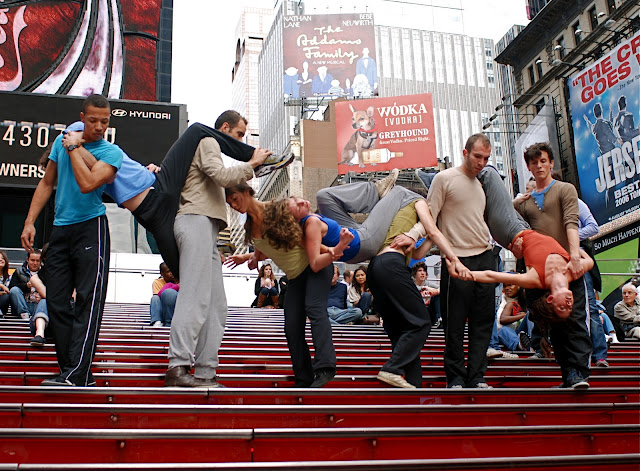 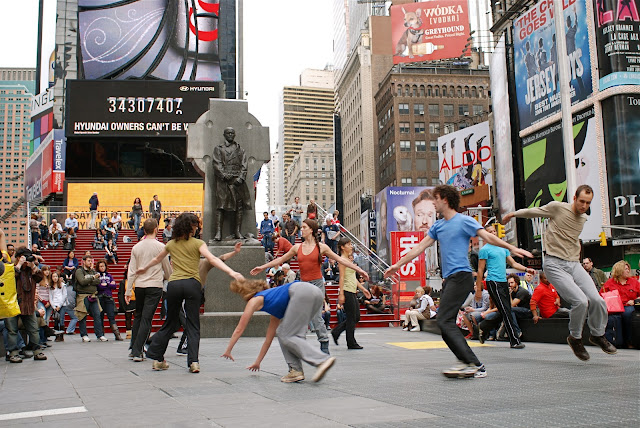 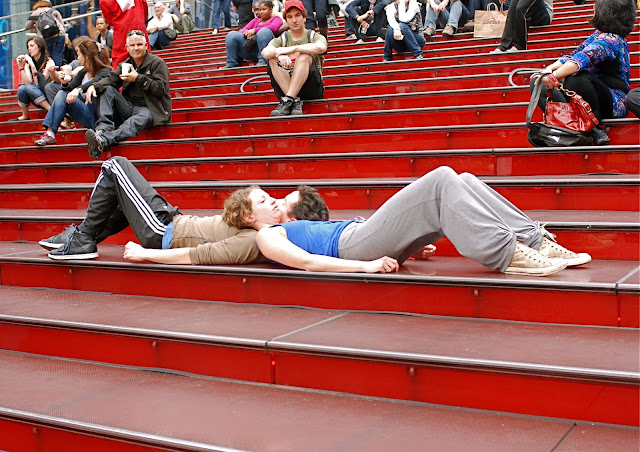 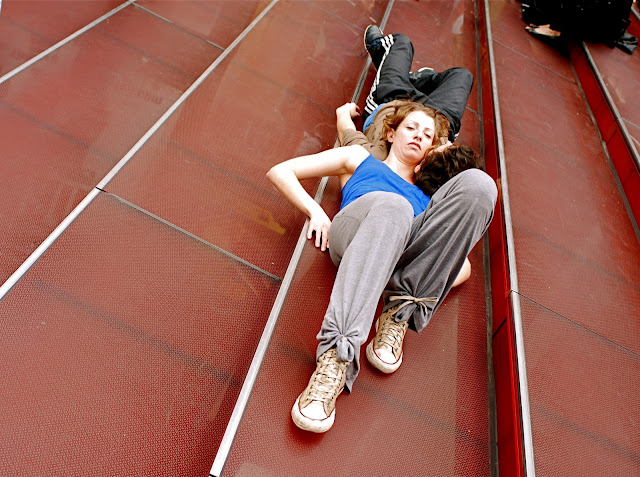 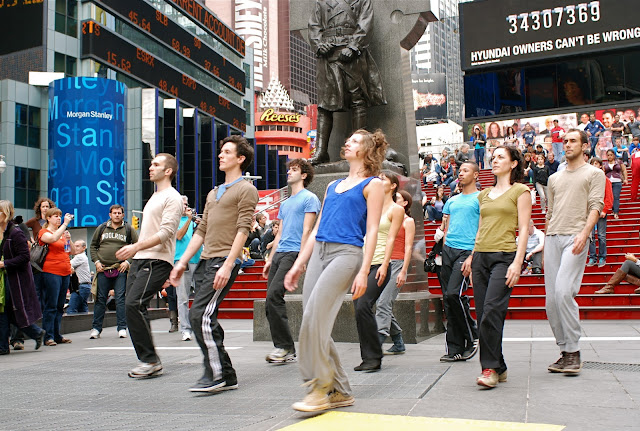 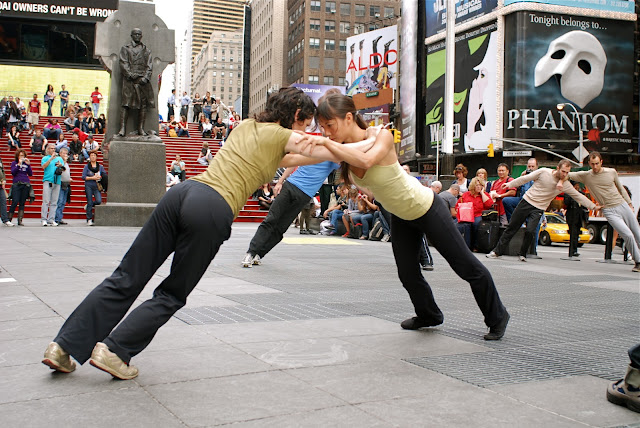 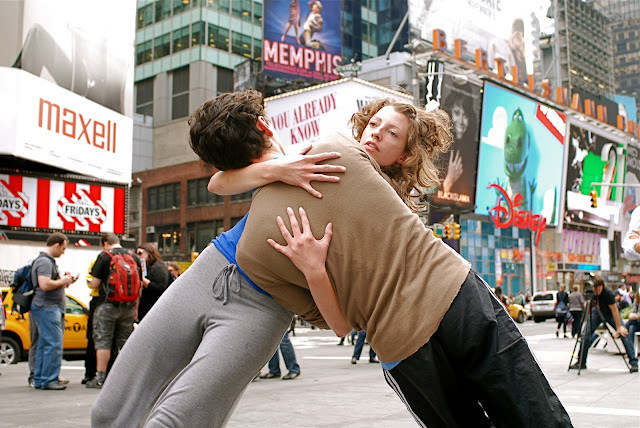 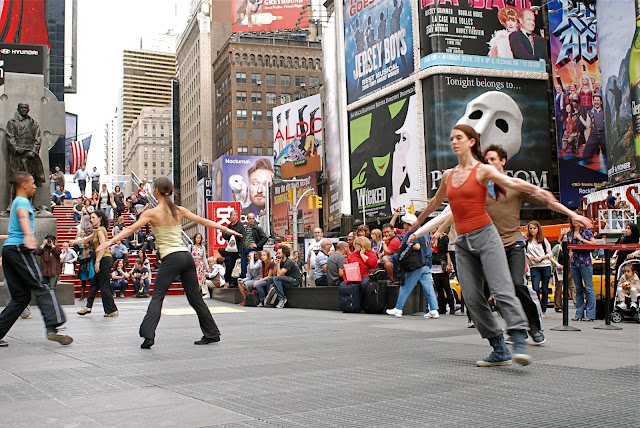 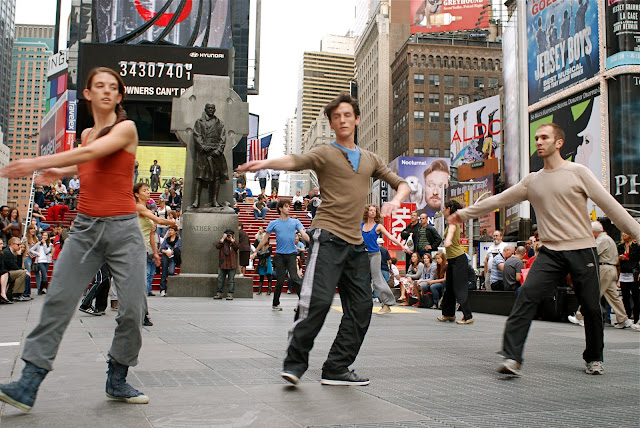 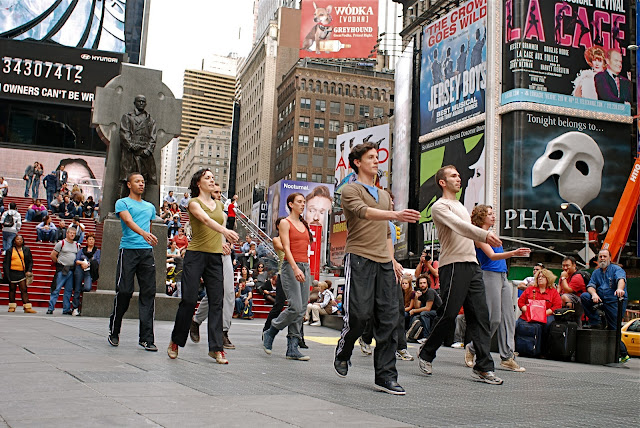 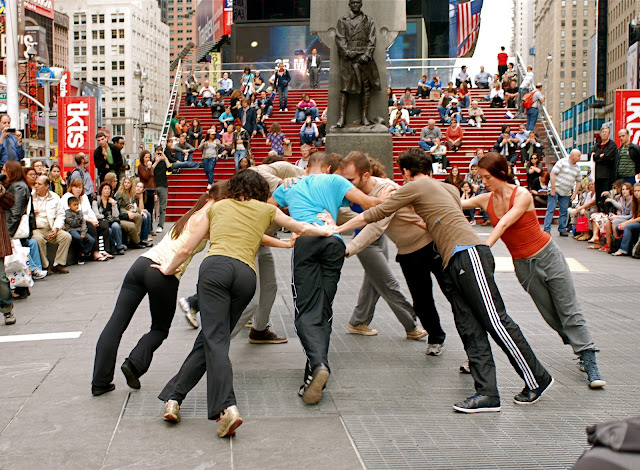 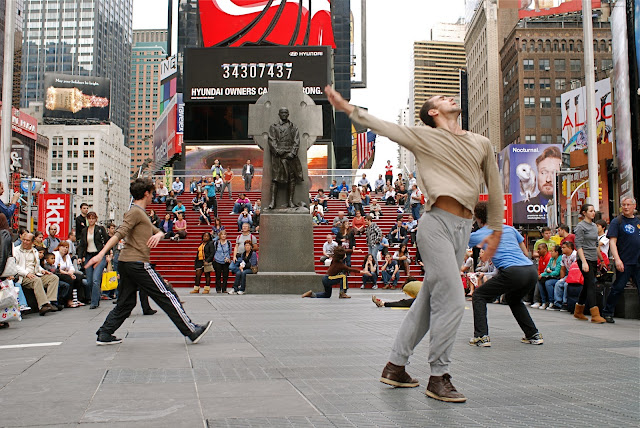 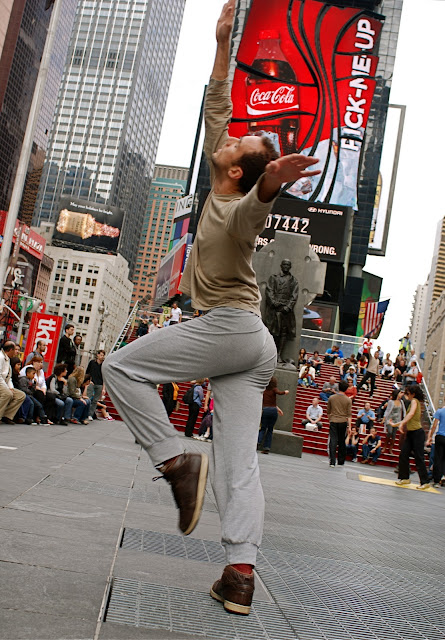 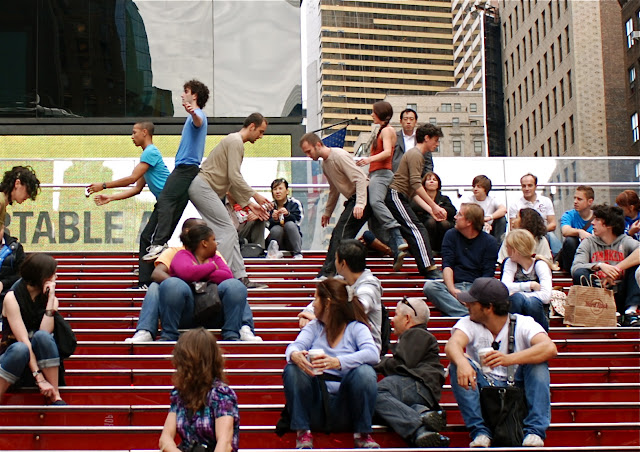 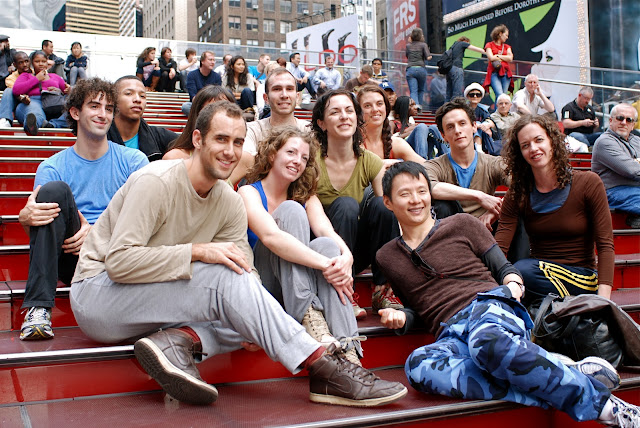 Shen Wei Dance Arts performed today in Times Square (Duffy Square at 46th Street and Broadway) as part of the Public Arts Program of the Times Square Alliance. Choreographed by Shen Wei, the three part dance called "Re-Triptych" is inspired by journeys to Tibet, Angkor Wat, and The Silk Road, and invokes concepts such as "renew," "rediscover," and "repair." The performances in Duffy Square were given at 10:00 AM, 12:30 PM and 9:00 PM. The images above were made during the 12:30 - 12:40 PM performance.

About Shen Wei, artistic director
Choreographer, director, dancer, painter and designer, Shen Wei is widely recognized for his vision of an intercultural, utterly original mode of movement-based spectacle. Born in Hunan, China, in 1968, he was sent to a re-education farm with his parents at the age of two. From this inauspicious beginning, a “startling imaginative” (New York Times) artistic consciousness was born. Shen Wei became the founding member of China’s first modern dance company, then came to New York in 1997 on a fellowship in search of greater creative freedom. In 2000 he created his company and entered the international touring circuit. In 2006 he became an American citizen. He has been honored with the McArthur “Genius” award, the John Simon Guggenheim Fellowship, the Nijinsky Dance Award and as a United States Fellow and New York Foundation for the Arts Fellow.
In recognition of his achievements, he was invited back to China as lead choreographer of the 2008 Beijing Olympics Opening Ceremonies, where he convinced the organizing committee to make contemporary dance the centerpiece of the ceremonies, thus bringing modern dance to the forefront of Chinese culture. (information from the Times Square Alliance website)
Posted by Noel Y. C. at 7:37 PM

CHECK OUT THE RAW FOOTAGE OF THE SERIES OF GUERILLA PERFORMANCES!
http://vimeo.com/16785085