Graffiti on Wooster Street in SoHO 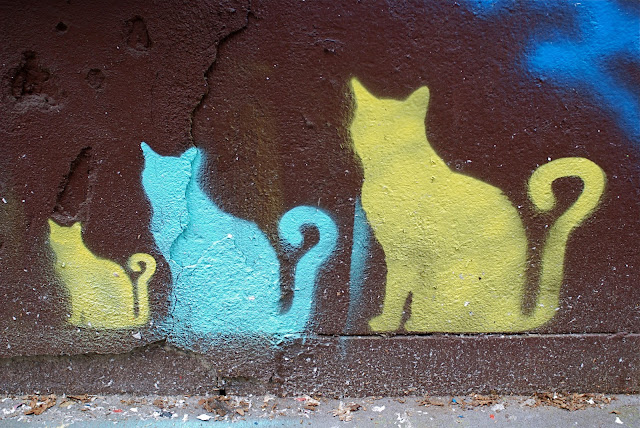 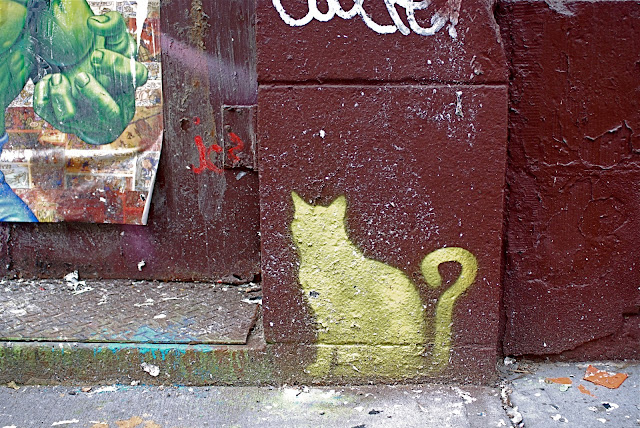 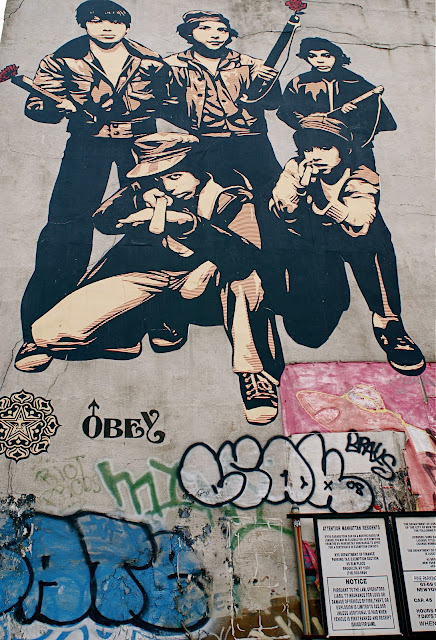 Although graffiti art has largely disappeared from view in Manhattan in the nineties, there are still some abandoned buildings with all kinds of graffiti and murals. The photos above were taken in a building on Wooster Street in SoHO, with graffiti and a mural by the artist Shepard Fairey.

Graffiti Definition: The Dictionary of Art (from graffiti.org)

Graffiti. Term applied to an arrangement of institutionally illicit marks in which there has been an attempt to establish some sort of coherent composition: such marks are made by an individual or individuals (not generally professional artists) upon a wall or other surface that is usually visually accessible to the public. The term "graffiti" derives from the Greek graphein ("to write"). Graffiti (s. graffito), meaning a drawing or scribbling on a flat surface, originally referred to those marks found on ancient Roman architecture. Although examples of graffiti have been found at such sites as Pompeii, the Domus Aurea of Emperor Nero (AD 54-68) in Rome, Hadrian's Villa at Tivoli and the Maya site of Tikal in Mesoamerica, they are usually associated with 20th-century urban environments. Graffiti range from simple marks to complex and colorful compositions. Motives for the production of such marks may include a desire for recognition that is public in nature, and/or the need to appropriate public space or someone else's private space for group or individual purposes. Illegitimate counterparts to the paid, legal advertisements on billboards or signs, graffiti utilize the wall of garages, public rest rooms, and jail cells for their clandestine messages. This illegal expression constitutes vandalism to the larger society.
Posted by Noel Y. C. at 3:00 PM