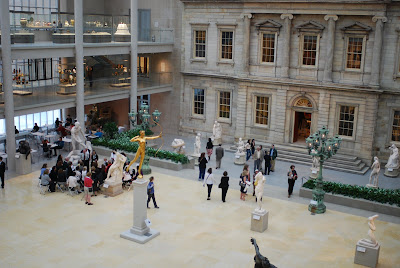 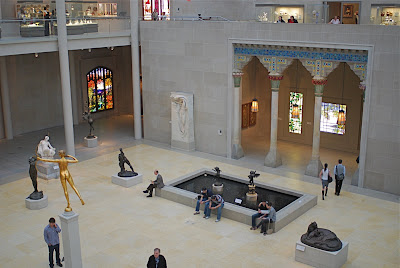 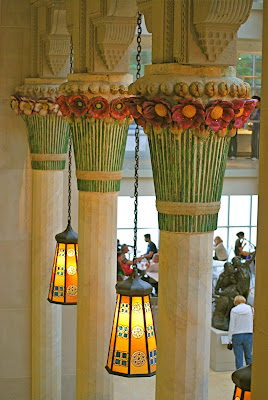 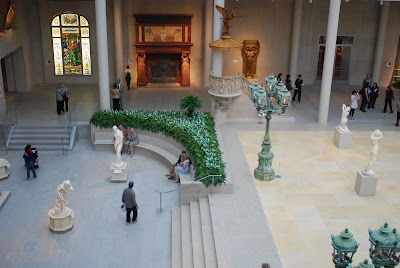 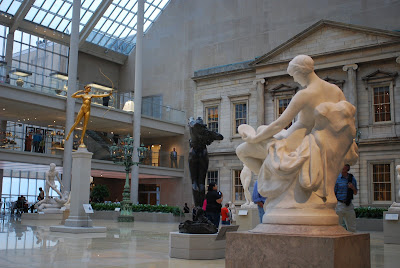 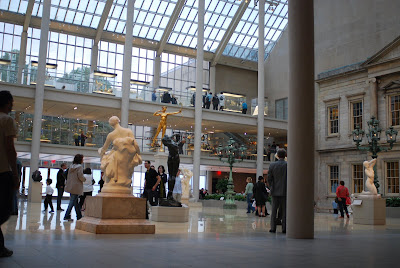 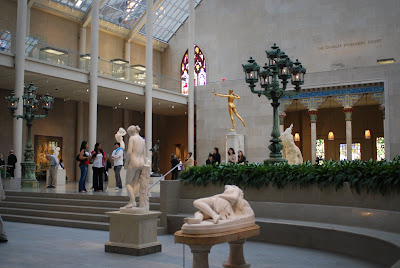 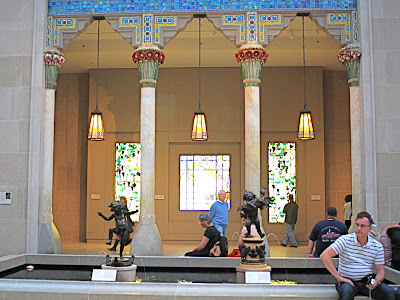 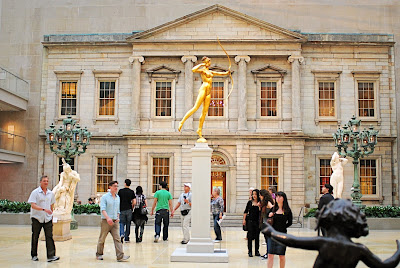 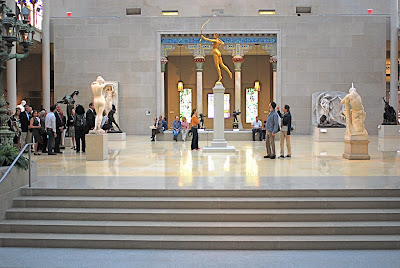 These are some of the images I made of the CHARLES ENGELHARD COURT of the newly renovated AMERICAN WING, METROPOLITAN MUSEUM OF ART. After two years of renovation, the Metropolitan Museum of Art recently reopened a major portion of its American Wing, debuting recent acquisitions and a new feel for the light-infused Charles Engelhard Court.
From newyorkology:
There are glass installations from Tiffany & Company, silver from Paul Revere Jr., a Gilbert Stuart portrait of George Washington, as well as a period room from Frank Lloyd Wright amid the nearly 1,000 works of art now on display.
While the new design allows visitors to get closer to the sculptures, the atrium setting has been replaced by more stone, extra open space and fake foliage. Visitors can still see Central Park on the other side of the wall of glass, but it no longer feels as though the park extends into the museum. Center court is dominated by a cast of Augustus Saint-Gaudens’ gilt bronze “Diana,” a half-size replica of the weathervane that sat atop Madison Square Garden (the one demolished in 1925.) Although it’s not the original, it is at least made from a cement cast once owned by architect Stanford White, who gave the Garden weathervane commission to Saint-Gaudens.  The main level remains book-ended by the Louis Comfort Tiffany stained glass from his Oyster Bay, Long Island residence and the façade of Martin E. Thompson’s Branch Bank of the United States, originally located at 15-1/2 Wall St.  Behind the bank, visitors will find the revamped period rooms, which are now arranged chronologically if you start on the third floor at the new glass elevator. Lighting has been improved in the period rooms and touch-screens allow guests to focus on individual objects. Of the 19 period rooms, a dozen were renovated and one is new to the museum: the 1751 Daniel Peter Winne house from a location near Albany.
Posted by Noel Y. C. at 4:27 AM