TAVERN ON THE GREEN at night 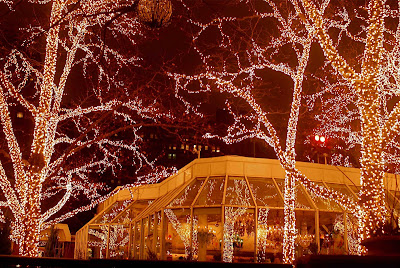 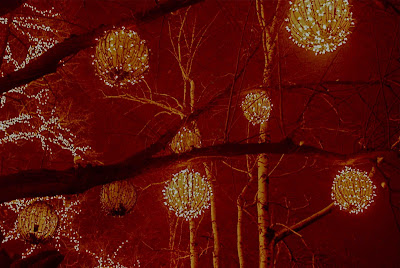 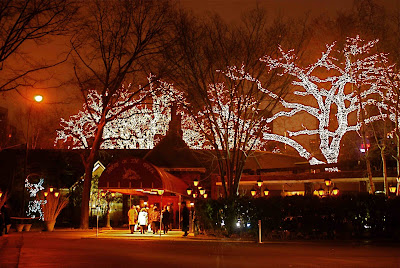 Situated on New York's Upper Westside, TAVERN ON THE GREEN is at the corner of Central Park West and 67th Street, just three blocks from Lincoln Center. I took these night photos of the famous Central Park restaurant over the weekend.
From Tavernonthegreen.com:
A grand café overlooking Central Park, Tavern on the Green is one of New York's most dazzling dining experiences - a real show- stopper overflowing with crystal chandeliers, hand-carved mirrors, and stained glass. Nestled in its own magical gardens, Tavern on the Green exists in a fantasy-like setting. It is no wonder the critics say, "If Oz had a restaurant, this would be it!"
Built to house sheep in 1870, the building now known as Tavern on the Green became a restaurant in 1934. In 1974, Warner LeRoy, who revolutionized the American dining scene with his legendary Maxwell's Plum, took over the restaurant's lease and embarked upon a $10 million renovation. Tavern on the Green re-opened in 1976 and is currently the highest-grossing independently-owned restaurant in the United States with annual revenues in excess of $34 million and over half a million visitors a year.
Posted by Noel Y. C. at 7:43 PM

Email ThisBlogThis!Share to TwitterShare to FacebookShare to Pinterest
Labels: Tavern on the Green

ok, i just reached your blog and was awed by the tacern on the green photos, you got me at hello!!!

i used to go there in the summer on Monday nights they had latin nights, great memories, reakly talented dancers