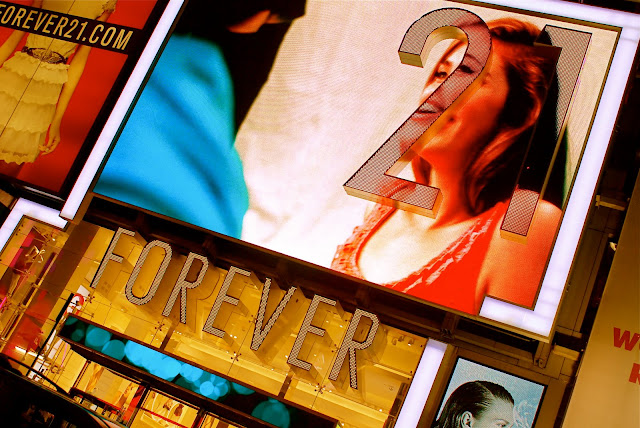 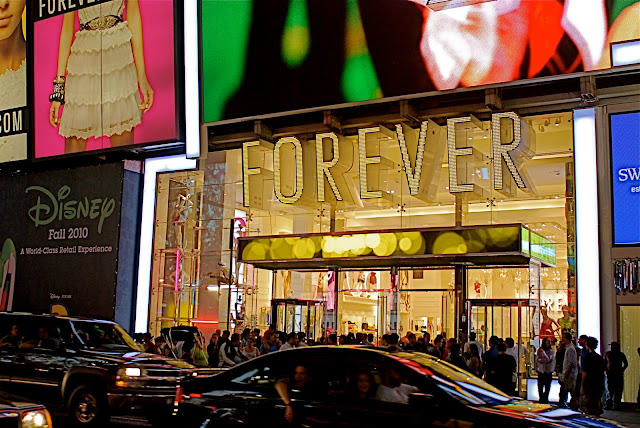 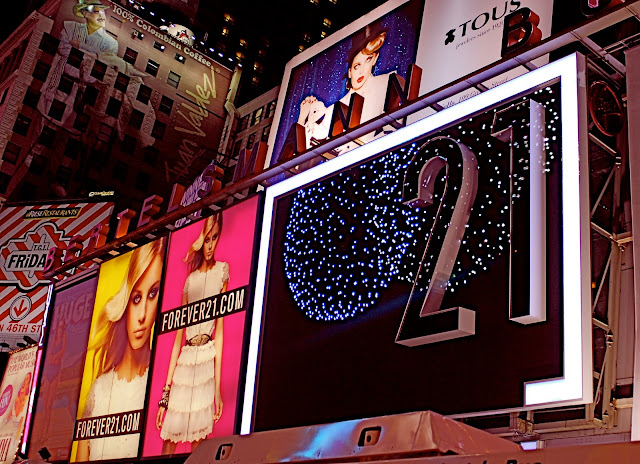 Times Square Billboard by Space150 from Cliff Kuang on Vimeo.

Last June 25, the new FOREVER 21 Times Square store opened on 7th Avenue between 45th and 46th Streets. At 91,257 square feet, the store is the biggest on the East Coast. The enormous store provides Times Square with a high-tech 61-foot digital billboard featuring virtual models who interact with the mesmerized crowd in front of the store, sometimes taking a Polaroid photo of the crowd and showing it to them, or picking up an individual from a crowd and turning him into a frog by a kiss or dropping him into a shopping bag. The interactive billboard also shows live on-screen feed of twitter messages from fans of Forever 21.
Posted by Noel Y. C. at 4:40 PM