"Nellybelle," the Jeep from the Roy Rogers and Dale Evans Museum Collection 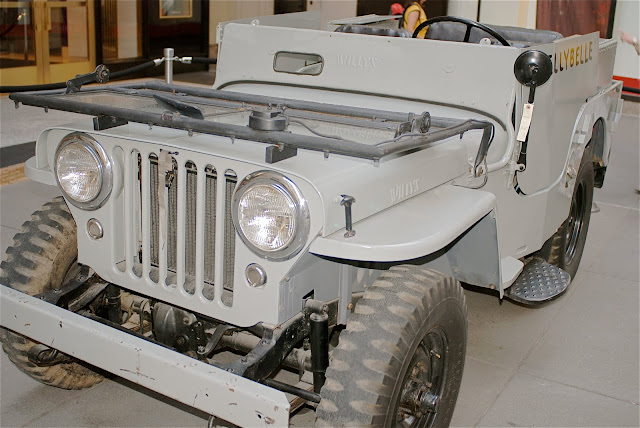 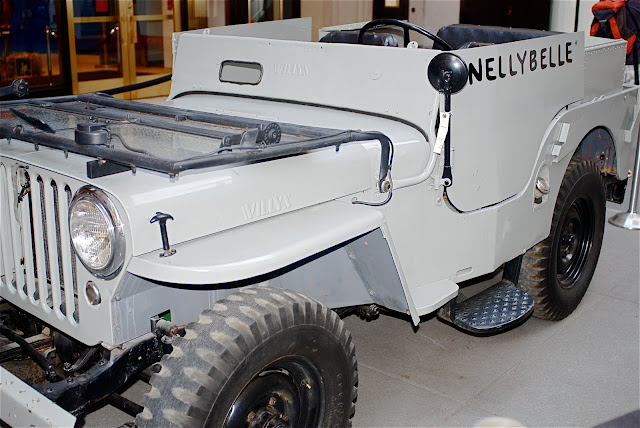 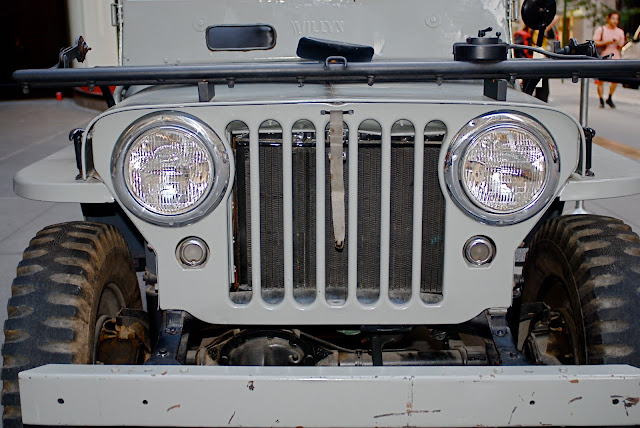 One of the featured items from the Roy Rogers and Dale Evans Museum Collection to be auctioned at Christie's New York (on July 14-15, 2010) is this 1946 Willys CJ-2A Jeep. This iconic vehicle is Nellybelle from the Roy Rogers TV Show in the 1950s. I took the picture outside Christie's at Rockefeller Center.
Lot Description (from Christie's):
One of the most memorable characters on the Roy Rogers TV show that ran from 1951 through 1957 was neither Roy, Dale, Trigger, Buttermilk or even Bullet - or for that matter even made of flesh and blood. It was a TV icon manufactured from good old American steel and namedNellybelle, a 1946 Willys CJ-2A Jeep with some very innovative bodywork. It was in fact owned by Roy, but was driven in the show by his comic sidekick, Pat Brady (1914-1972). Brady met Rogers while appearing as a bass guitarist in California in 1935, striking up a friendship with the young country & western singer who was a member of the popular group, The Sons of the Pioneers. When Len Slye was elevated to screen stardom as Roy Rogers, he recommended Brady as his replacement. However, as Bob Nolan, an original member of The Sons, was referred to as Bob, "Bob Brady" became "Pat Brady" joining the legendary singing group and appearing in a dozen films between 1938-51, including West of Cheyenne (1938), Man from Sundown (1939),The Durango Kid (1940), Song of Texas (1943), Bells of Coronado (1950), and South of Caliente(1951).
On TV, Pat Brady drove around Mineral City, the setting of the series, sweet talking to Nellybelle as if his verbal compliments could convince the recalcitrant jeep to get up and go. The name, which was painted on her doors in most episodes, apparently developed out of Pat riding an ornery mule in the earlier movies, and addressing it with phrases like "Whoa, Nelly!"
Roy Rogers chose to include a Jeep into the program because he noticed that after WWII, Jeeps were very popular, especially with children. Rogers himself owned a Jeep which he used for hunting, off road cruising and travel to and from his studio.
Posted by Noel Y. C. at 5:29 PM

IF the sale included a signed TITLE, that itself would be valuable!

Might have trouble licensing it if no title, haha :-)

Should be fairly easy to prove ownership, thereby making it easy to get a 'lost title' replacement.