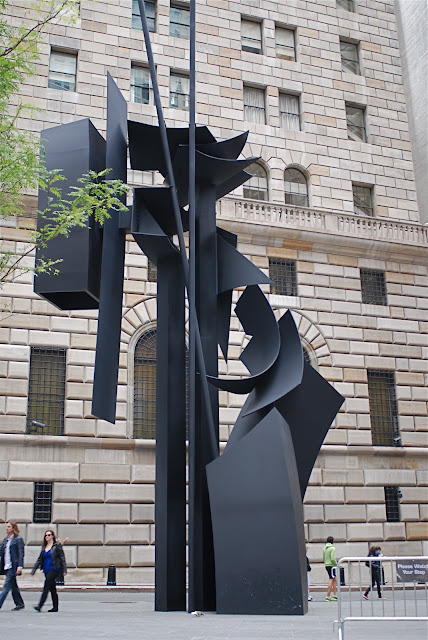 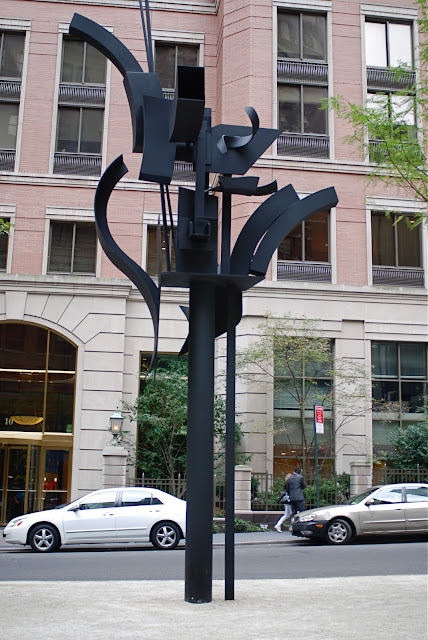 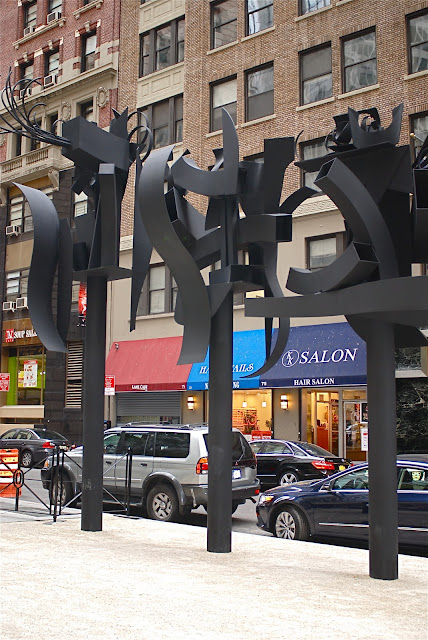 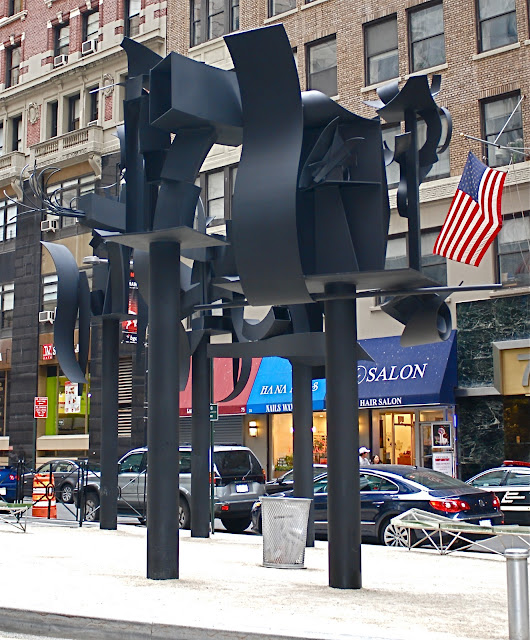 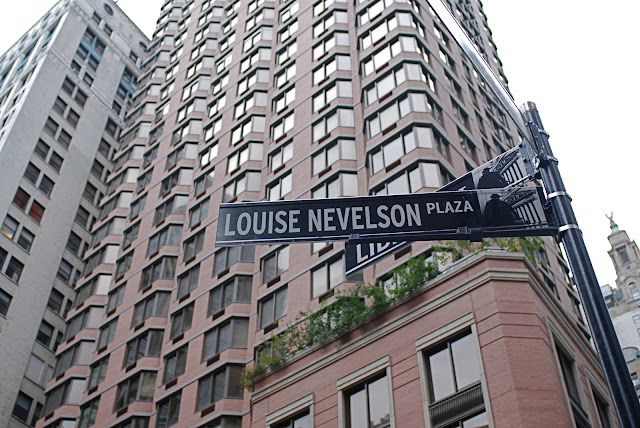 In Manhattan's Financial District, the Louise Nevelson Plaza has been renovated and the towering steel sculptures by Louise Nevelson have been reinstalled.  The site-specific sculptures pictured above are called “Shadows and Flags.” Nevelson created the black-painted sculptures from scraps of Cor-Ten steel from a foundry in Connecticut. Nevelson was the first woman in the United States to become famous for her public art. She often improvised her artwork, testing the way found materials could fit together, said Maria Nevelson, Louise’s 50-year-old granddaughter.
“The scale and the material is masculine, in a way,” said Maria Nevelson, who started the Louise Nevelson Foundation in Philadelphia. “It’s impressive to see a woman doing that, especially back then.”
The plaza was the first public space in New York named after an artist, in honor of Nevelson’s pioneering creativity, the city said. Nevelson died in 1988, at the age of 88. Located in Manhattan's Financial District, the triangular plaza is bounded by Liberty St., Wiliam St. and Maiden Lane.
Posted by Noel Y. C. at 4:14 AM