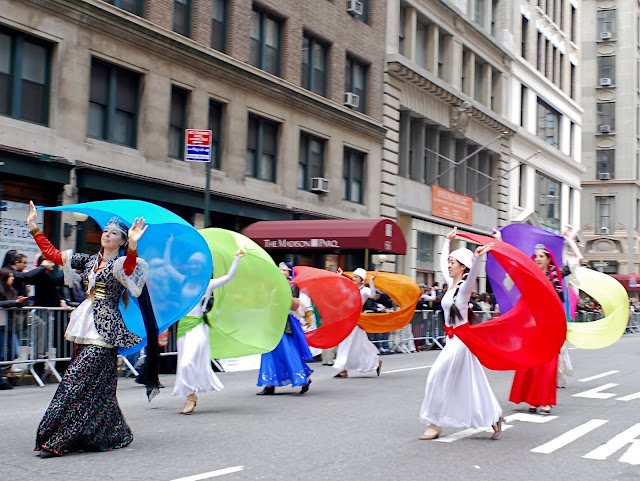 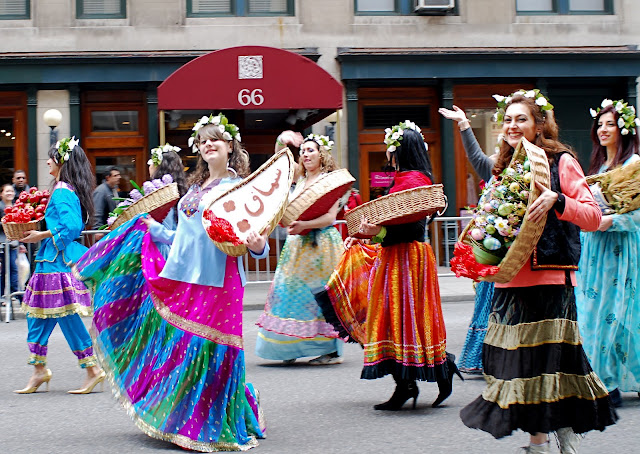 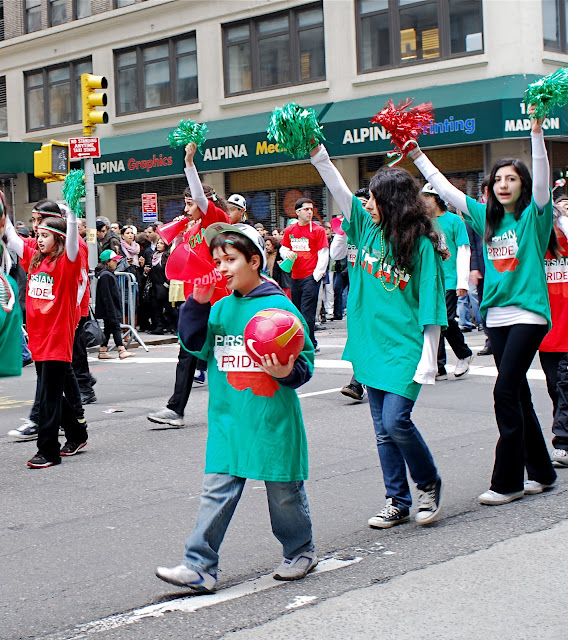 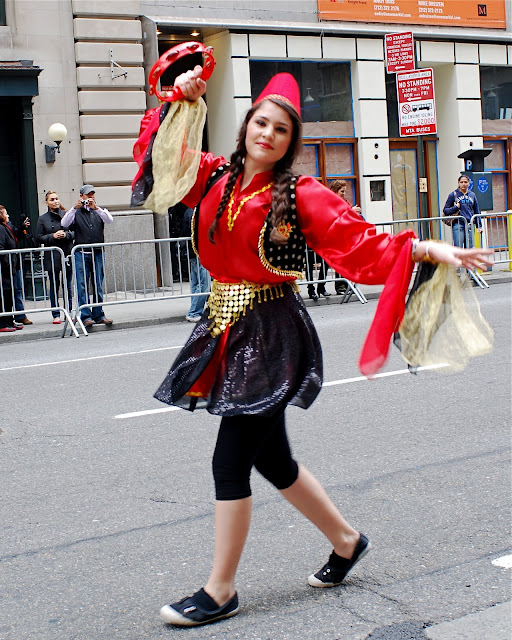 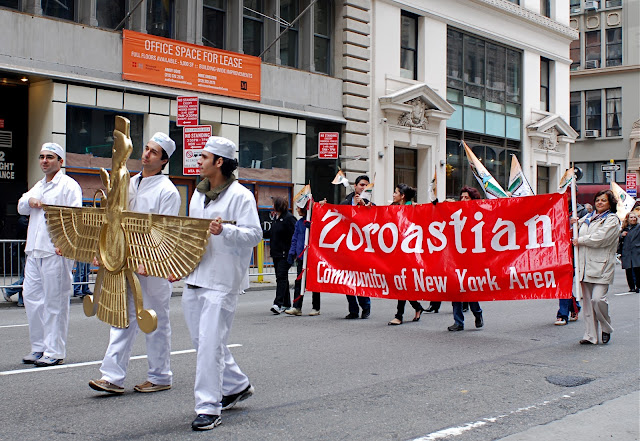 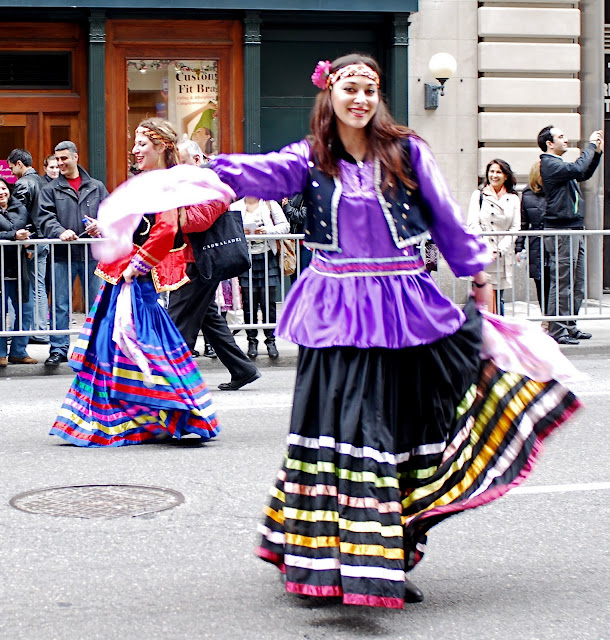 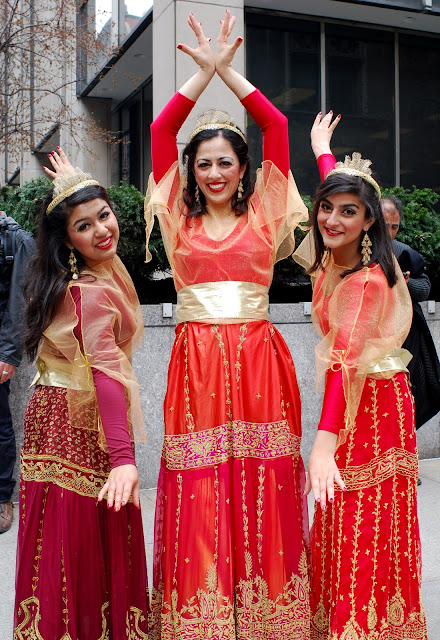 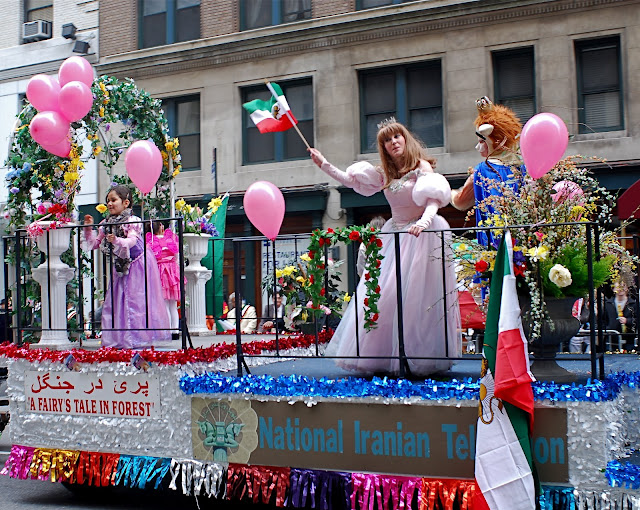 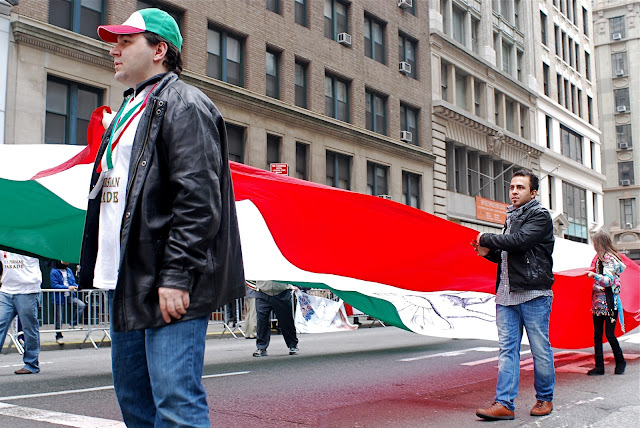 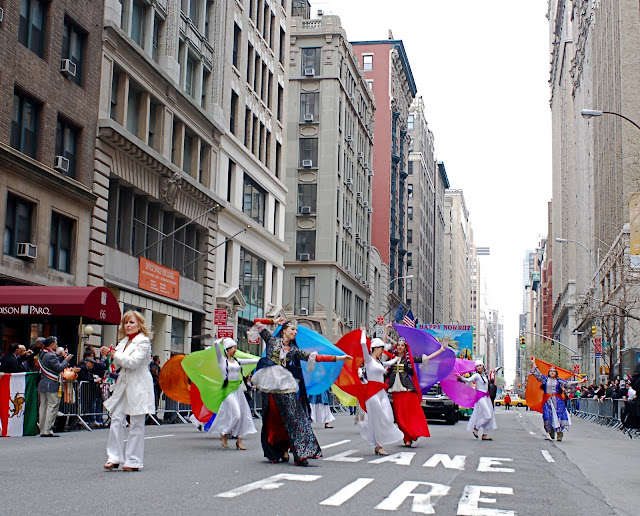 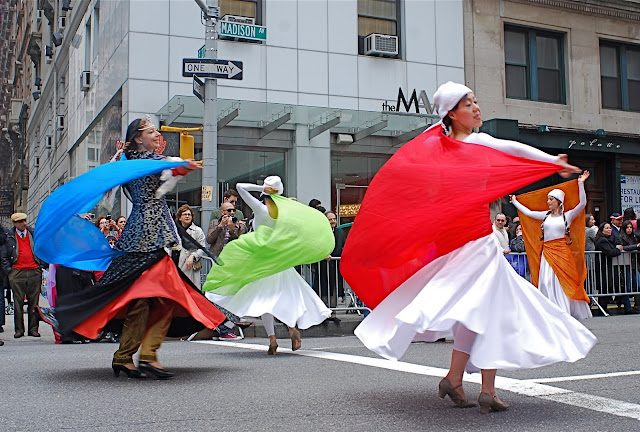 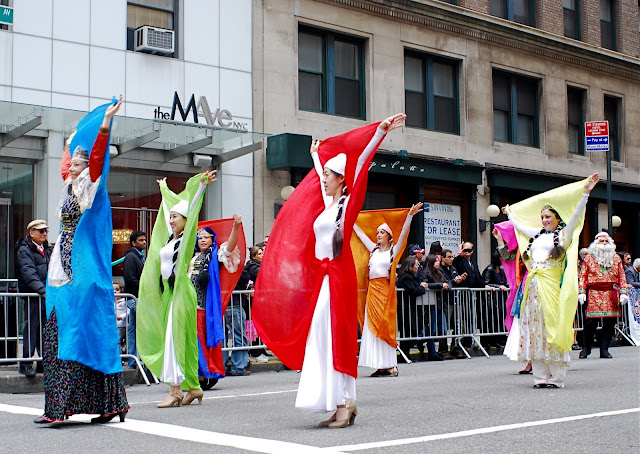 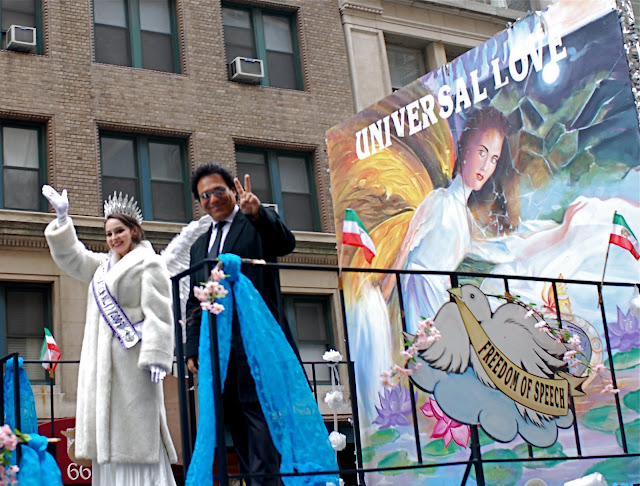 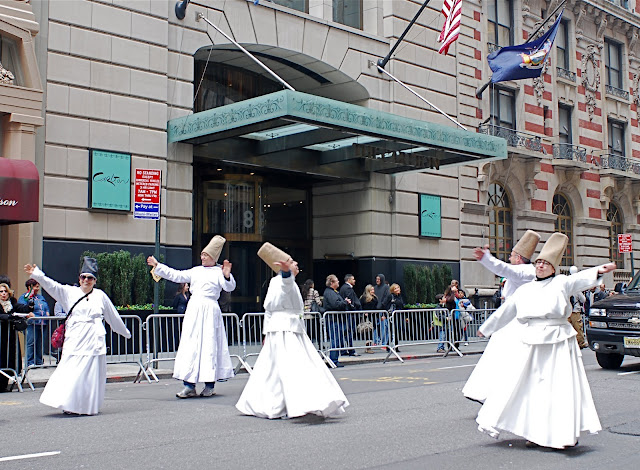 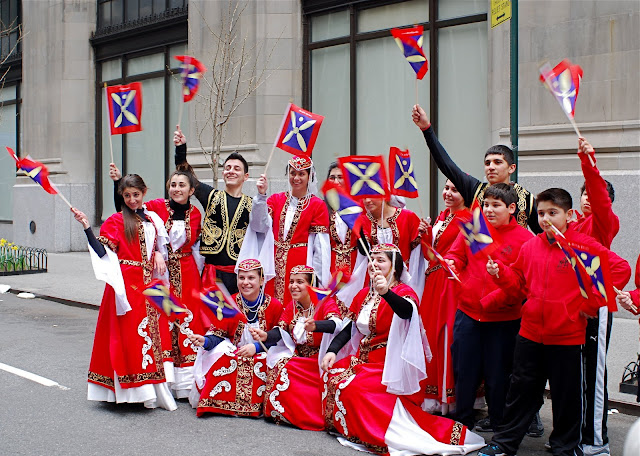 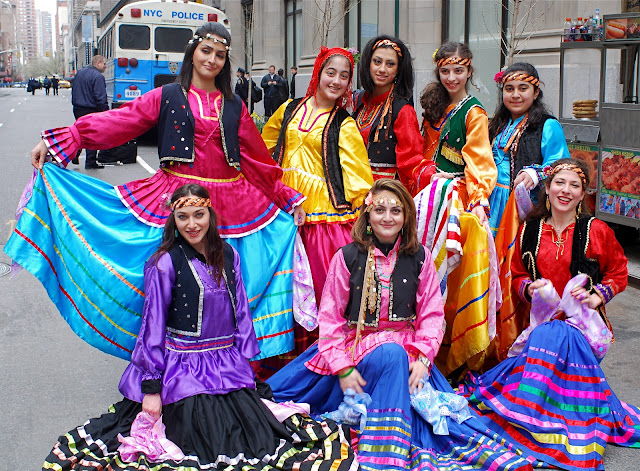 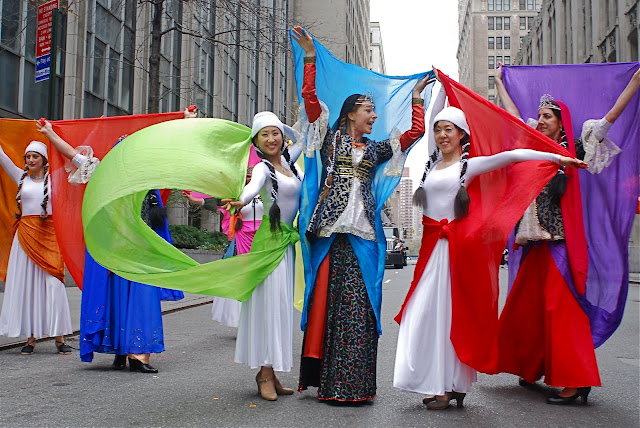 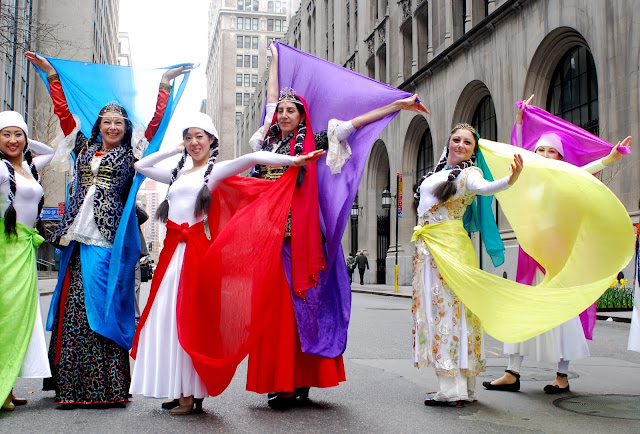 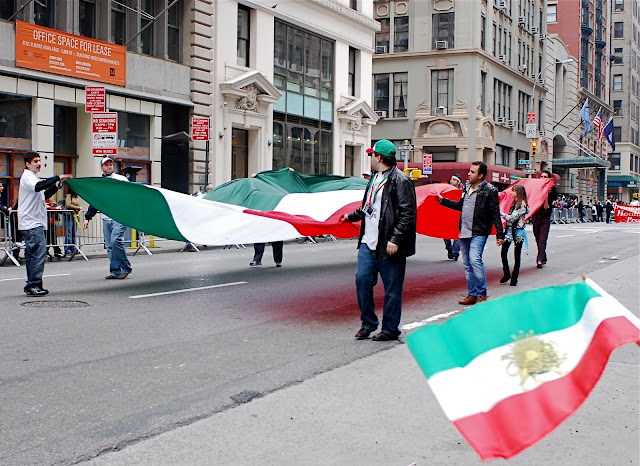 The 8th Annual Persian Day Parade rolled down Madison Avenue from 38th Street down to Madison Square Park earlier today. The New York Persian Parade was established in the State of New York as a not-for-profit organization in 2004. A group of Iranian philanthropists are recognized as the founders of the Persian Parade. The mission of the Persian Parade is to to promote and introduce Persian culture, its historical achievement in art, folklore, science, and the Persian civilization to the general public. Its main celebration is the Nowruz Parade and Festival in New York City. Nowruz, the New Year, is celebrated in Iran as well as many other nations such as Afghanistan, Uzbekistan, Azerbaijan, etc. The Organization is also to promote other traditional Iranian holidays such as Mehregan (the fall festival), Yalda (the winter celebration), and Chaharshanbeh Souri (last Wednesday eve of the Persian calendar). Every culture celebrates the change in seasons in some fashion, but few are as ancient, colorful and full of symbolism as the traditional ceremonies for the beginning of the Persian New Year, or Nowruz, marking the first day of spring.Nowruz is all about hope. With the first day of spring, the New Year celebration represents rebirth and hope -- and Nowruz is a way for our children to celebrate and learn about their cultural background, just like so many other people in America have done. The range and variety of Nowruz celebrations reflect the richness and diversity of Persian culture in the United States, which includes the people of many nations and ethnic backgrounds that were once part of the greater Persian Empire. (information from the Persian Parade website).
Posted by Noel Y. C. at 4:54 PM