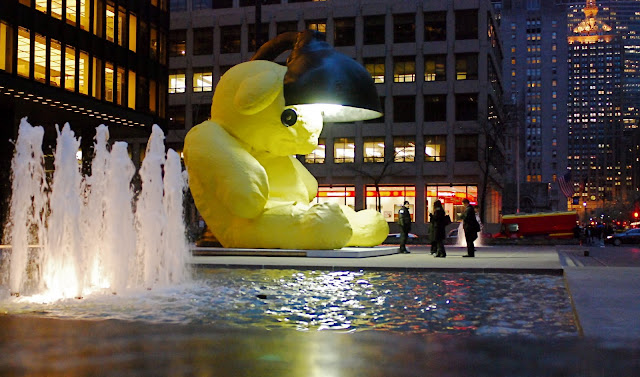 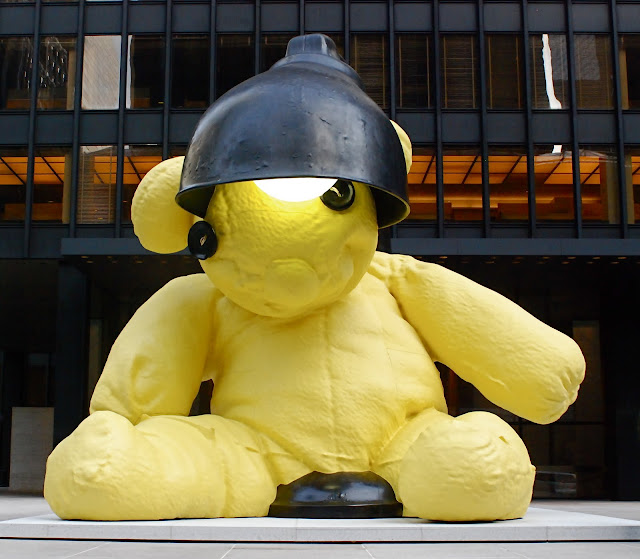 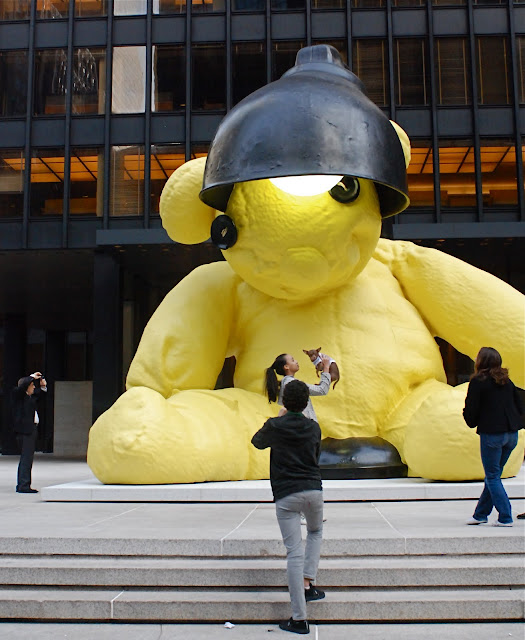 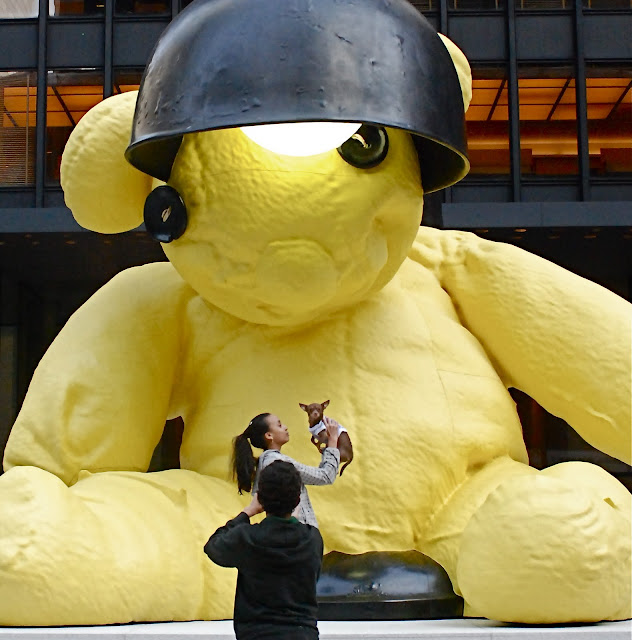 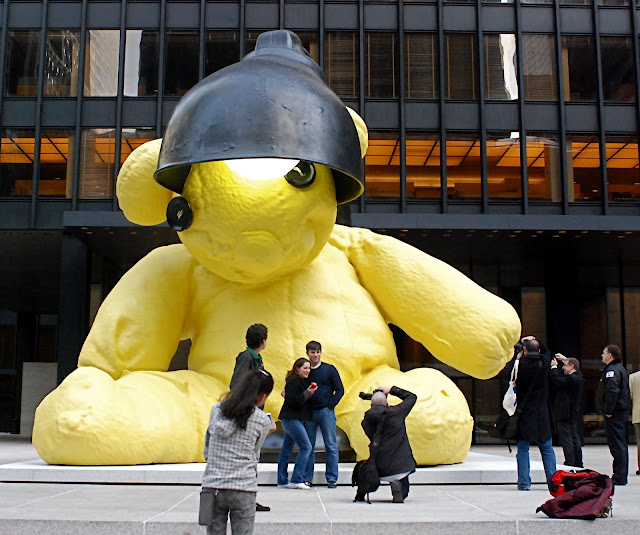 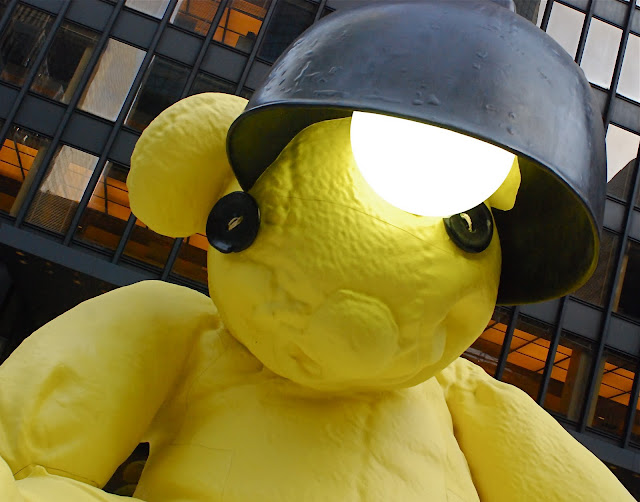 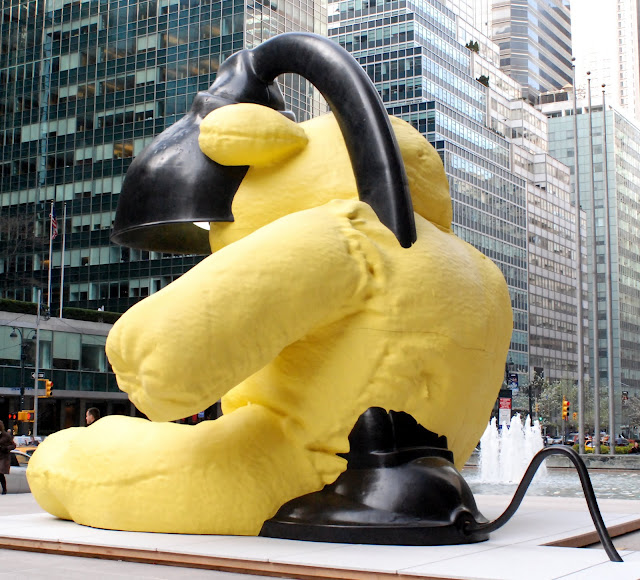 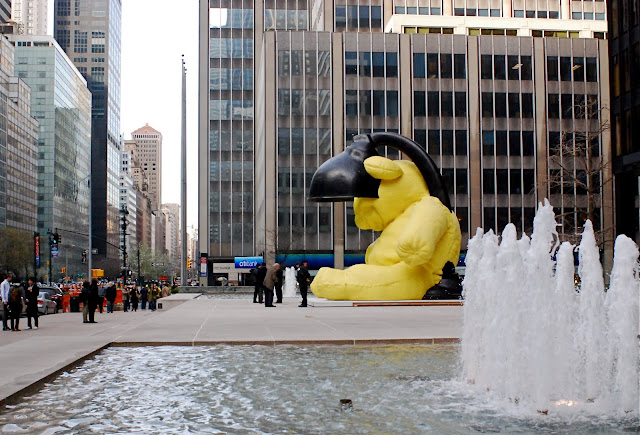 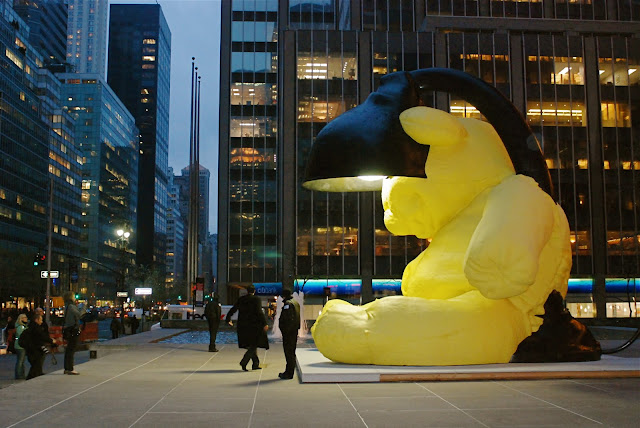 The giant yellow 20-ton bronze teddy bear has been set up by Christie's outside the Seagram Building along Park Avenue. Created by New York-based Swiss artist, Urs Fischer, the enormous sculpture that has received mixed reviews, is getting auctioned off at Christie's next month. The black button-eyed, 23-foot-tall yellow teddy bear is "Untitled (Lamp/Bear)." The bear leans against a desk lamp which is lit at night. The sculpture has become a photo op for pedestrians and tourists. According to Christie's, the piece had been inspired by Fischer's own much-loved teddy bear. Fischer sewed together a one-foot tall teddy bear and scanned it with a 3-D laser to generate drawings to create the sculpture. The piece is the largest of 3 editions created in 2005/2006. The other two are privately owned. The Seagram Building is located at 375 Park Avenue, between 52nd and 53rd Streets in midtown Manhattan.
Posted by Noel Y. C. at 8:55 PM

love how you photographed this.

I was totally surprised to read this is of bronze. It almost looks like a giant Peeps.

What an unusual sight to see! I hope to be able to see it before it is auctioned off.

wow great i have read many articles about this topic and everytime i learn something new i dont think it will ever stop always new info , Thanks for all of your hard work!

What a fantastic way to waste money