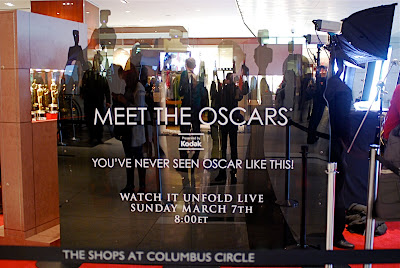 "Meet the Oscars" is a free exhibit at The Shops at Columbus Circle at Time Warner Center (Second Floor) featuring actual Oscar statuettes, ahead of the 82nd Academy Awards on March 7. 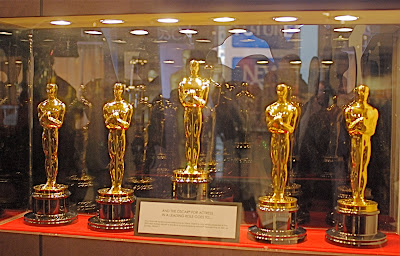 One of these statuettes is designated for this year's Best Actress in a Leading Role. It will be flown to Hollywood on March 5 where it will be reunited with the other statuettes to be presented on March 7. 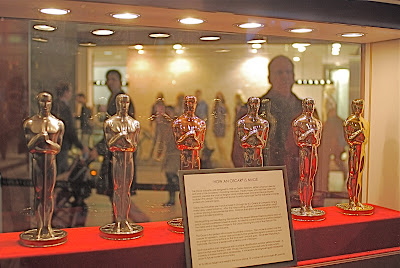 These are the Oscar statuettes representing various stages of completion, as manufactured by R. S. Owens and Company in Chicago. A video presentation shows how an Oscar is made. 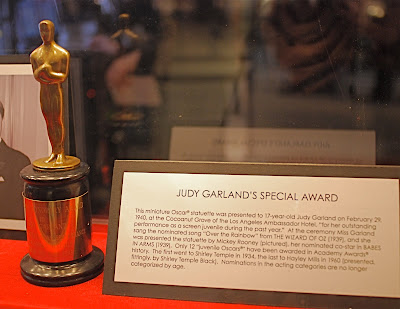 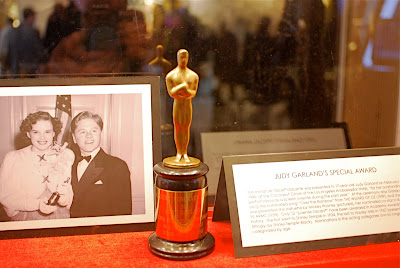 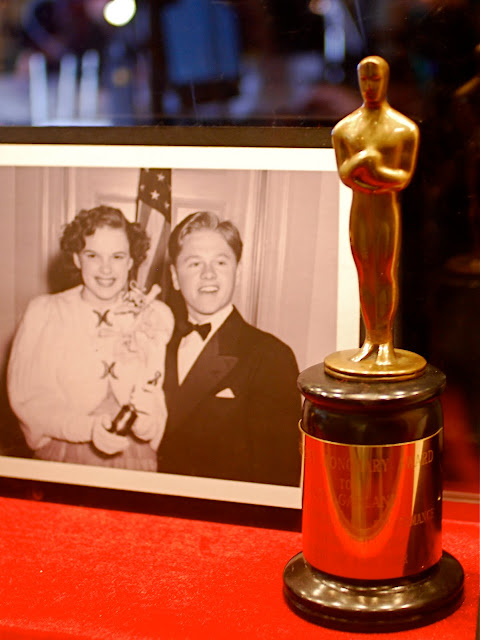 In 1939, Judy Garland received this miniature statuette for her screen performances in "Babes in Arms" and "The Wizard of Oz." 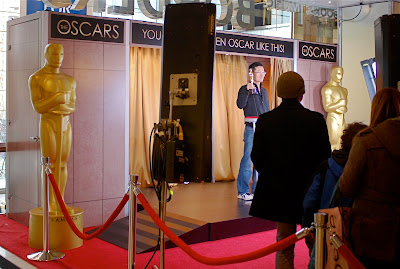 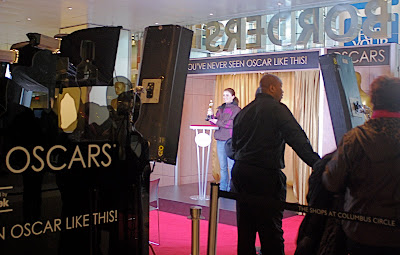 Movie fans have their pictures taken holding an actual Oscar statuette. The exhibit runs through March 7. Hours are Monday through Saturday from 10 AM to 9 PM, and Sunday from 11 AM to 7 PM. Admission is free.
Posted by Noel Y. C. at 5:35 PM