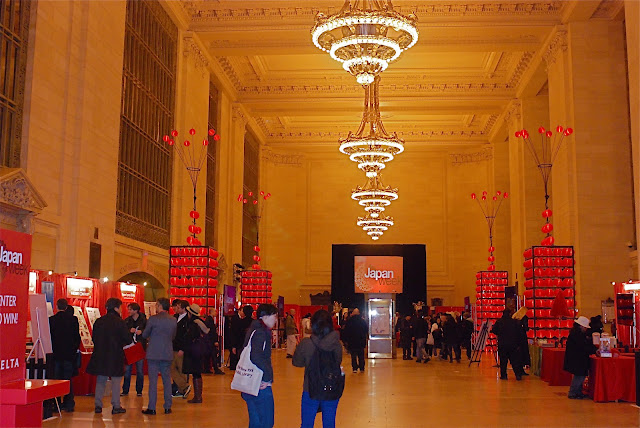 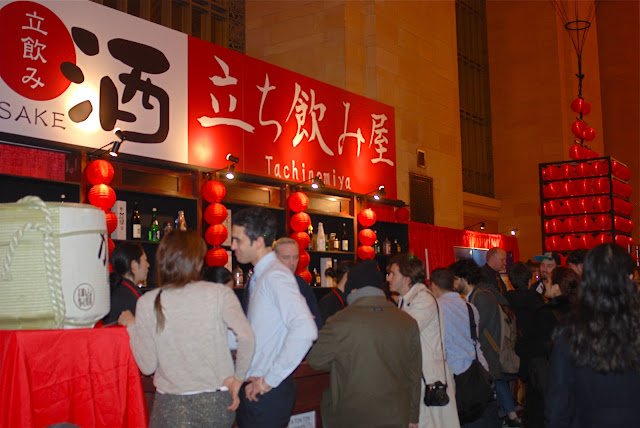 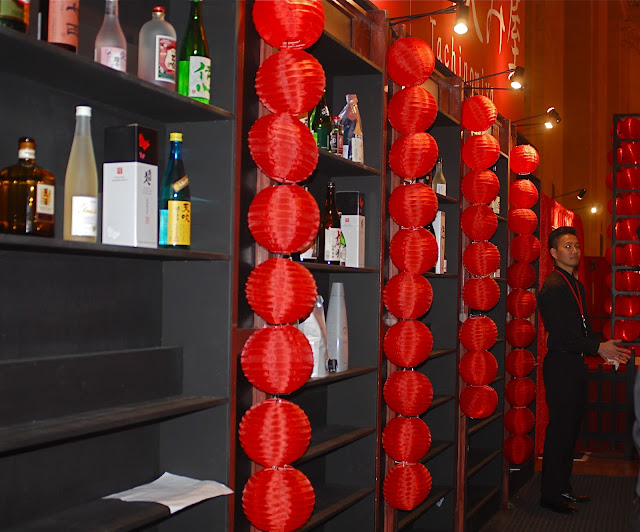 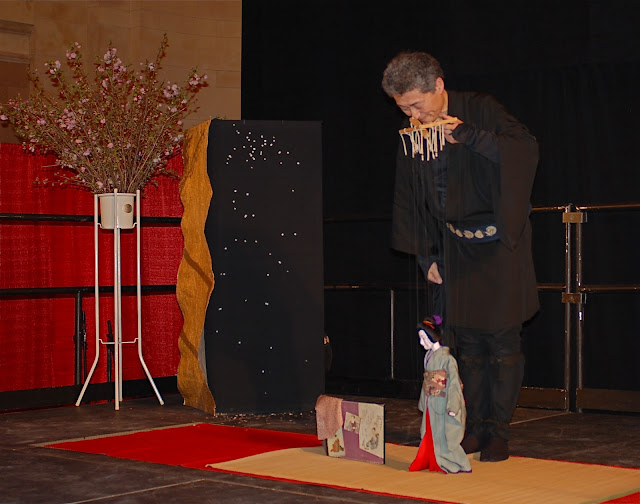 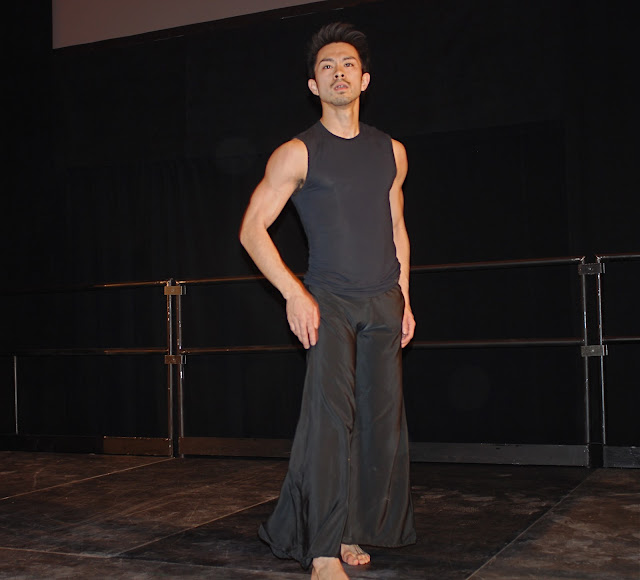 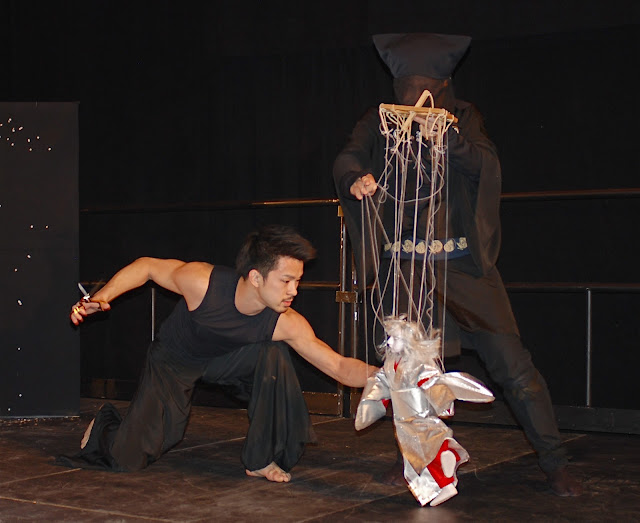 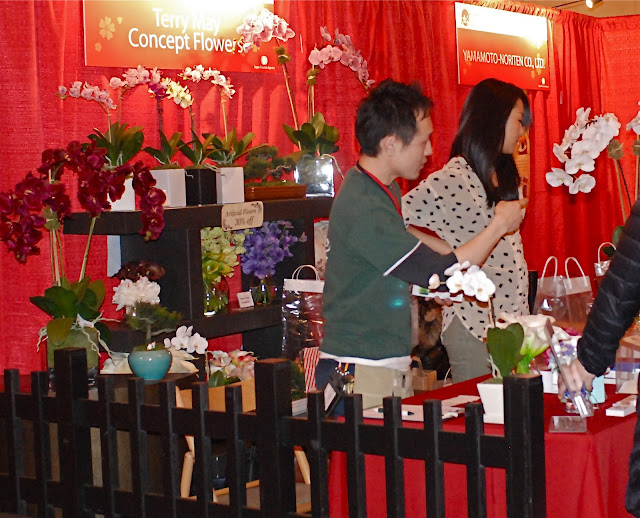 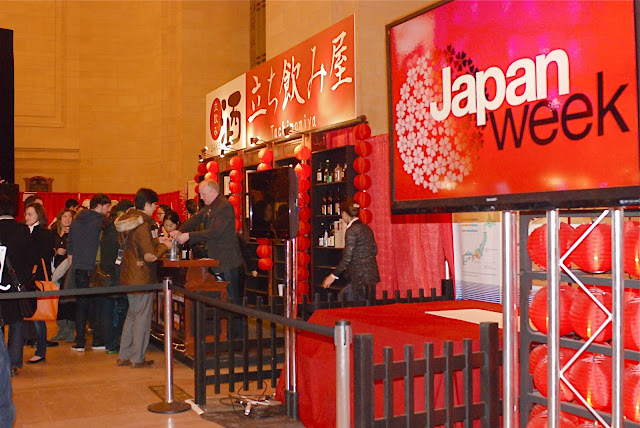 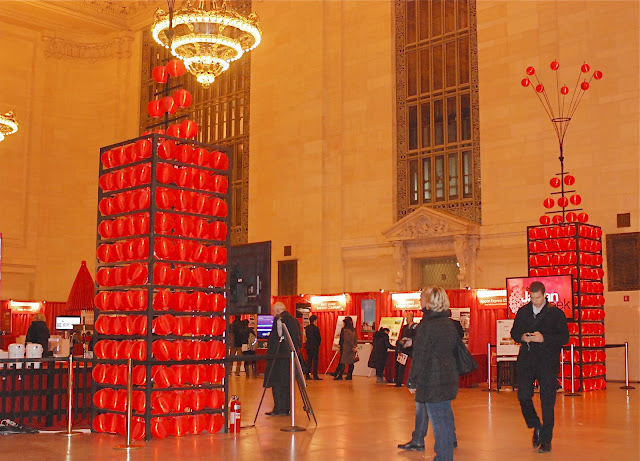 Below are some of the highlights of the festival (from the Japan Week website):

Grand Central Terminal/Tokyo Station “Sister Station” Announcement: On March 19, during the Kick-Off Gala, Japan Week will commemorate Tokyo Station’s “sister station” relationship with Grand Central Terminal, which is celebrating its centennial this year. Tokyo Station, now in its 99th year, is the first station to be chosen by the Metropolitan Transit Authority (MTA) for this honor. Representatives from Japan Railways (JR) and the MTA will be present at a special ceremony.

“Ekiben” Bento Boxes: A corner of the hall will be devoted to Japanese ekiben, which are bento boxes sold at railway train stations throughout Japan. Ekiben often contain local specialties from the region in which they are sold, and their debut in Japan Week will allow attendees to experience a culinary tour of Japan’s diverse regions.

Japanese “Pop-Up” Bar: To replicate a traditional tachinomiya (standing bar), the event will construct a Japanese “pop-up” bar in the evenings selling jizake, which is local sake (rice wine) that is painstakingly produced by small craft brewers and is prized across Japan, as well as shochu, the country’s distilled spirit. Sake professionals will serve sake and shochu by the glass and will be available to answer questions. Tickets may be purchased online in advance and on the day of the event.

Geisha Make-Up Demonstration: One of the event’s unique cultural highlights will be a 30-minute demonstration of geisha make-up techniques by Ms. Satomi Shiroma, who is among only 10 masters of this art in Japan. Moreover, the master title is customarily earned after a 20-year apprenticeship.
Posted by Noel Y. C. at 12:56 PM