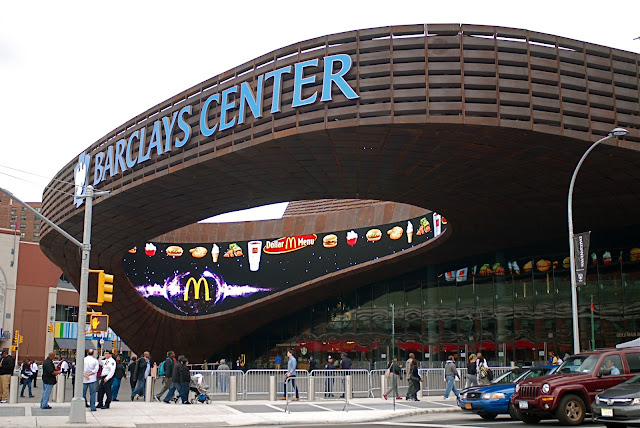 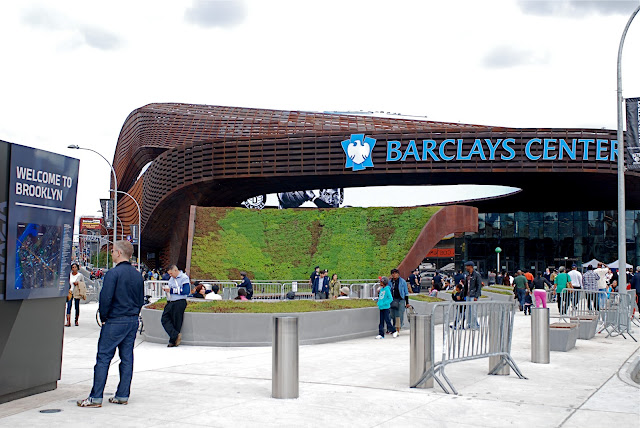 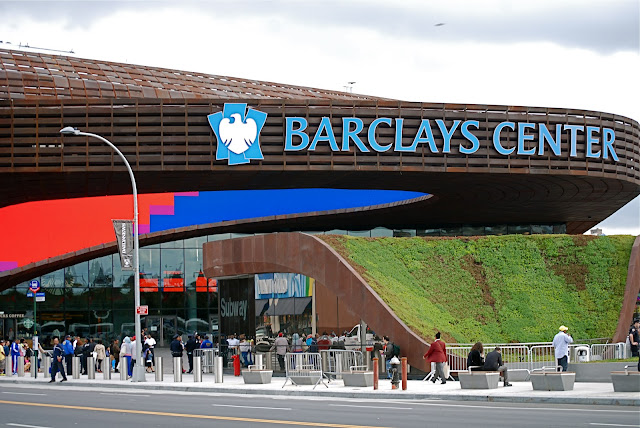 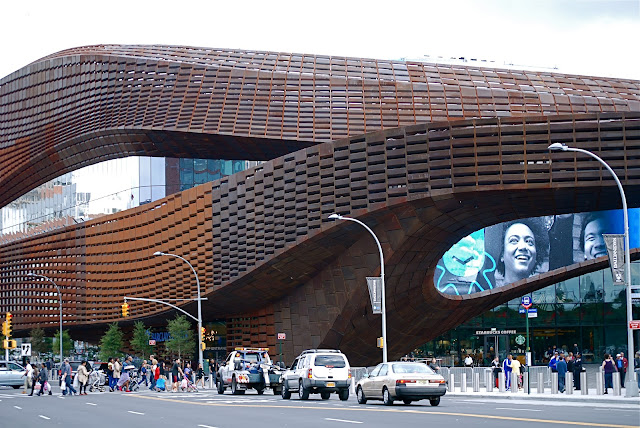 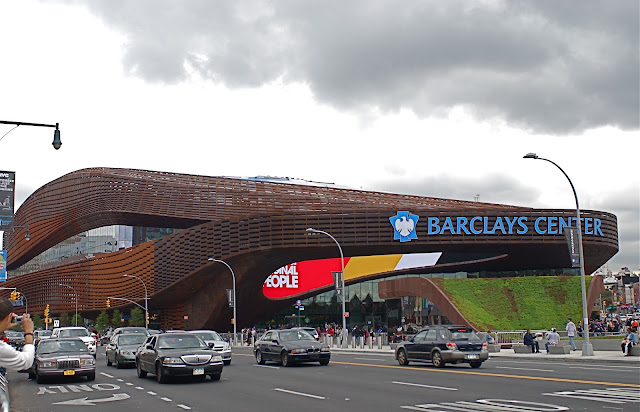 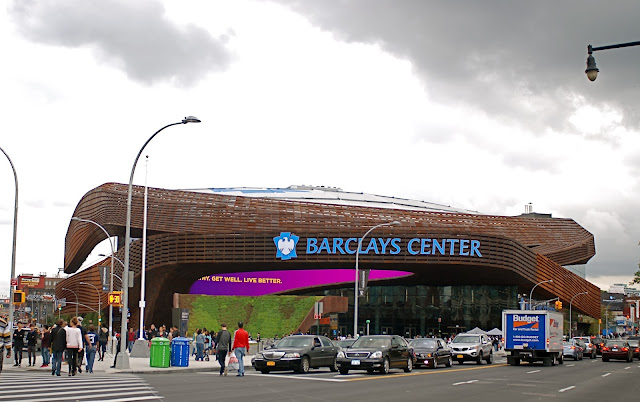 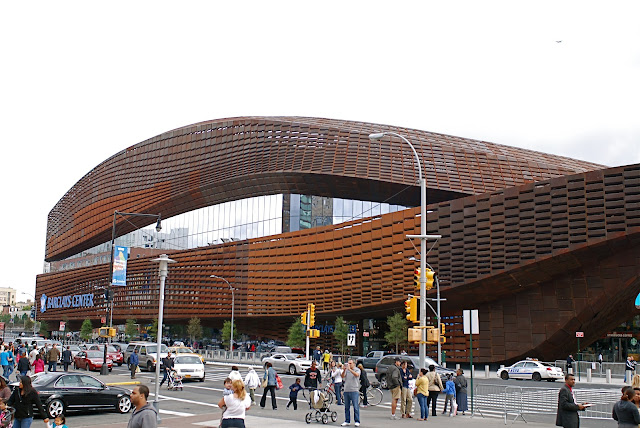 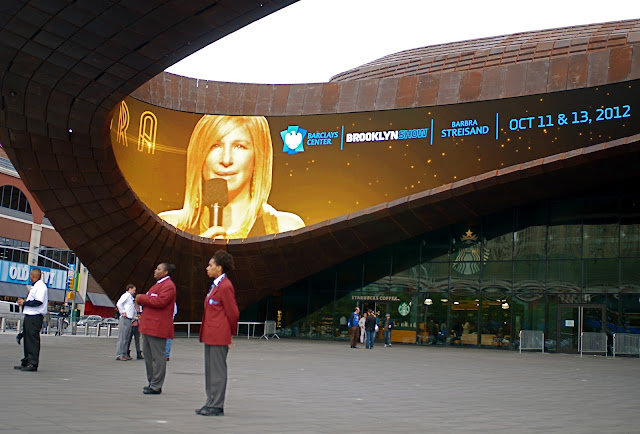 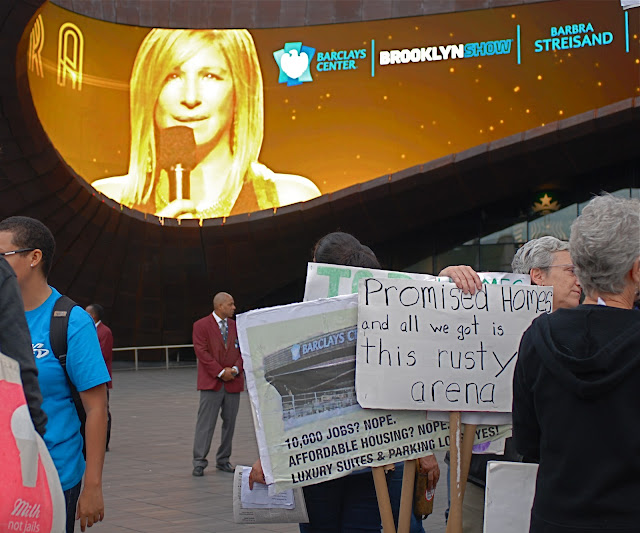 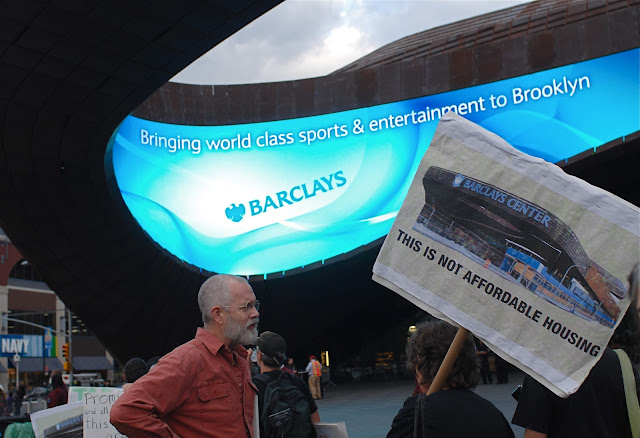 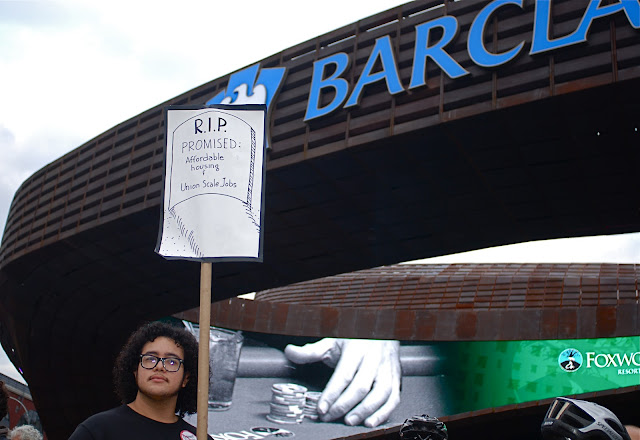 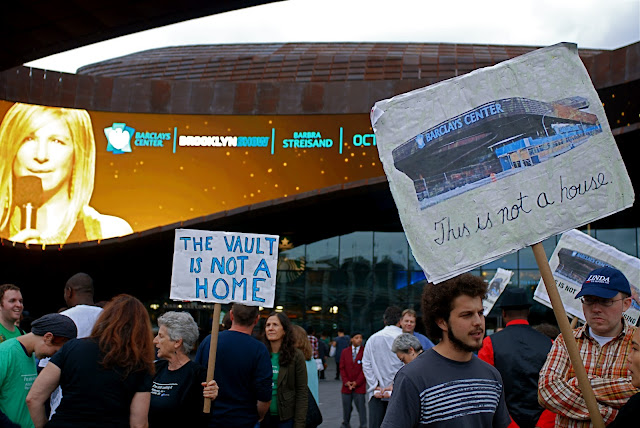 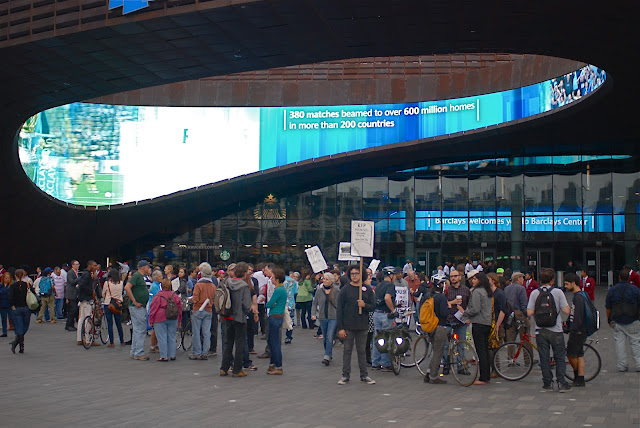 Barclays Center is the newly built Brooklyn sports/entertainment complex that is now a landmark of the borough. It is the home of the Brooklyn Nets. It officially opened last night with a Jay-Z concert. Jay-Z is an investor in the Brooklyn Nets. The center was designed by SHop Architects. The arena's exterior is made of steel components purposefully covered in rust. The front space is dominated by the "oval oculus", a 360 degree LED marquee screen. Architect Gregg Pasquarelli of SHoP said they wanted a juxtaposition between grit and glamour: "The idea was to use raw industrial materials, a certain kind of grittiness extended in a sensual way." The weathered steel arena has a capacity of 18,000. The opening of the Barclays Center was also punctuated by protesters with signs about unfulfilled promises of the center's developer.
Posted by Noel Y. C. at 7:02 PM