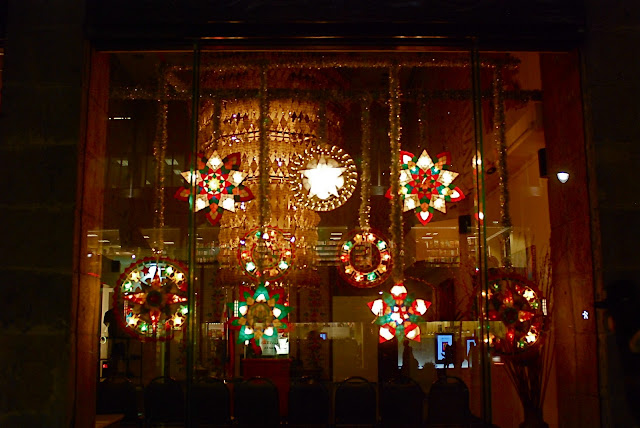 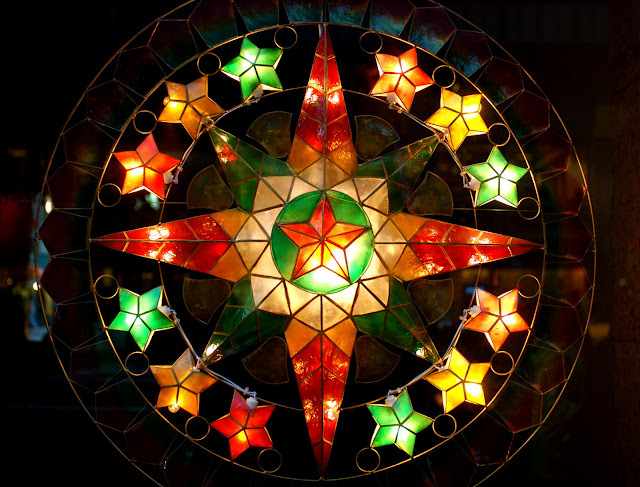 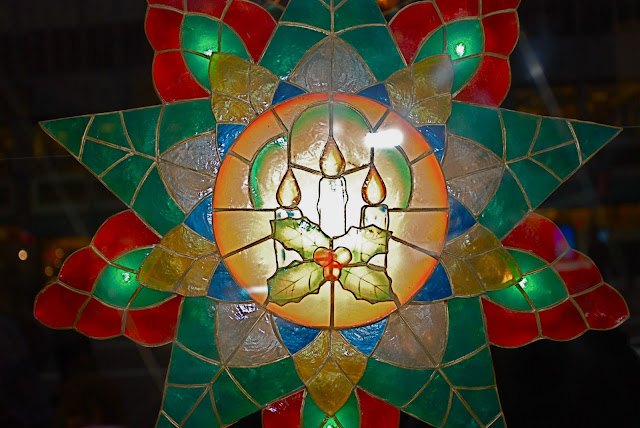 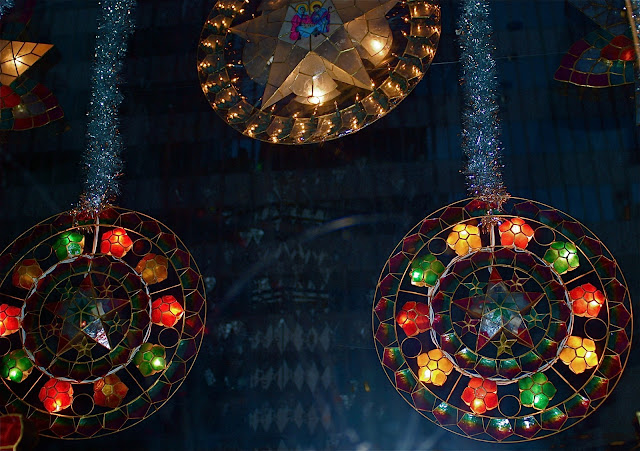 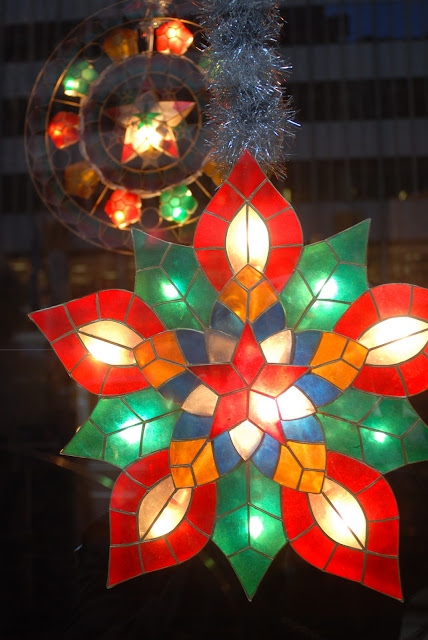 The Christmas window display at the Philippine Consulate (Philippine Center) on Fifth Avenue feature Philippine Christmas lanterns made of beautiful capiz shells from San Fernando, Pampanga, Philippines. The other window showcases holiday pieces made from natural materials including coconut, abaca, raffia, and shells. Capiz shell is a flat, semi-transparent shell with a pearlescent appearance. Capiz is often used to create lampshades or other luminescent objects, such as candle holders, because of its striking appearance when light shines through. However, it is just as common to see the bases of lamps crafted with capiz shell. Capiz is also frequently used as an accent to many household and fashion accessories. The Philippine Consulate is located at 556 Fifth Avenue between 45th and 46th Streets.
Posted by Noel Y. C. at 10:56 AM

Just to let you know I look at all your posts and really enjoy them. Please continue your good work.

Love and Happiness to ALL !

Love your pictures of the parol! I also love the way you capture NY - it makes me miss it so much more each time!

I would like to ask if I could use your parol pictures on my blog, with credit to this post.

Thank you and Maligayang Pasko!

You're welcome to use the photos Morrighan, Maligayang Pasko!