"FRANCOISE GILOT New Works: A Series of Monotypes" at the BLT Gallery 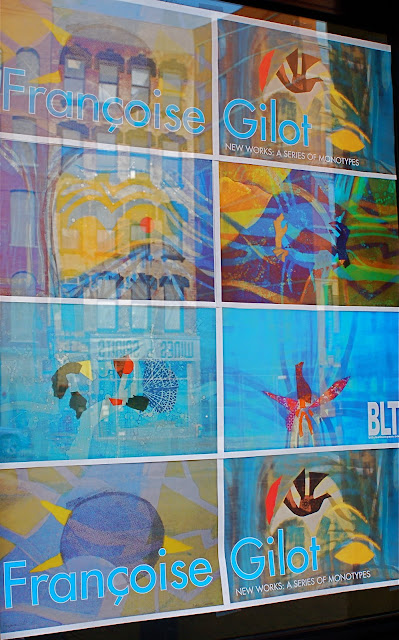 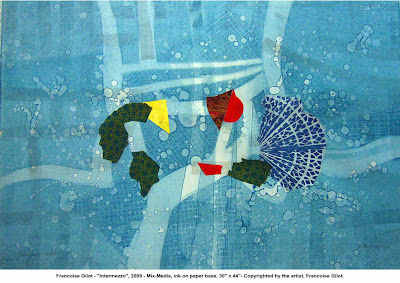 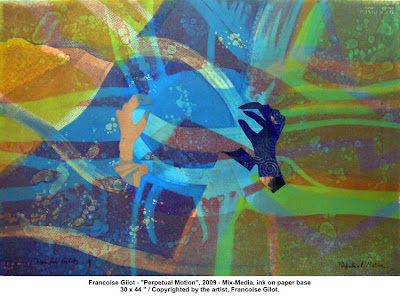 BLT Gallery is currently presenting the most recent monotypes of artist FRANCOISE GILOT in an exhibit called "Francoise Gilot, New Works: A Series of Monotypes." She is one of the most enduring artists of the post World War II School of Paris. Gilot's approach to the monotype is rapid, but her well-trained eye and hand eloquently layers images, color and collage. The monotypes present multi-dimensional space, color and contemplation of the natural. Gilot and her works are intuitive and vibrantly full of context in terms of visual, aesthetic, and historical invitation. The exhibit runs through August 15. The BLT Gallery is located at 270 Bowery Street, Second Floor.


Born in Paris in 1921, Françoise Gilot is a highly esteemed international artist who has exhibited her work for more than 50 years in major art institutions in Europe and North America. She divides her time between New York City and Paris. She is regarded as a significant link between the School of Paris of the early 1940s and the contemporary art world. Her vibrant and colorful paintings, drawings, and original prints are part of permanent collections of museums and art institutions as well as private collections throughout Europe and North America. At 21, Françoise met Spanish painter Pablo Picasso and would ultimately raise both their children, Claude and Paloma. Their relationship which lasted from 1944 through 1953 is the subject of a Merchant-Ivory movie, “Surviving Picasso.” The passionate drama tells the story of Françoise, "the only lover of Picasso (played by Anthony Hopkins) who was strong enough to withstand his ferocious cruelty and move on with her life." Eleven years after their separation Françoise wrote “Life with Picasso,” a book that sold over a million copies in dozens of languages. She also authored other books including “Matisse and Picasso: a Friendship in Art.” In 1955, she married Luc Simon but they separated in 1961. Nine years later, Françoise married renowned scientist and polio vaccine pioneer, Dr. Jonas Salk in Paris who died in 1995.
Posted by Noel Y. C. at 8:08 PM