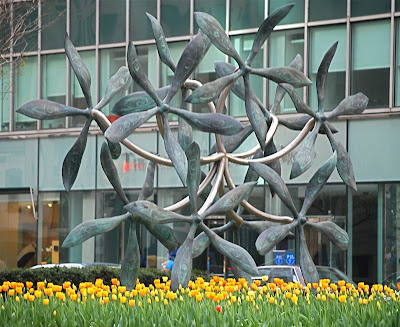 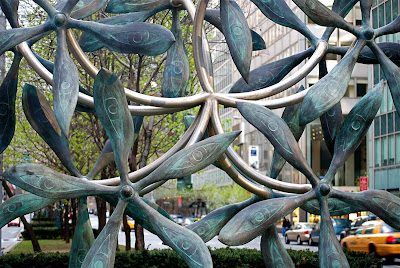 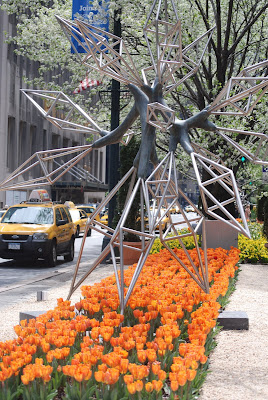 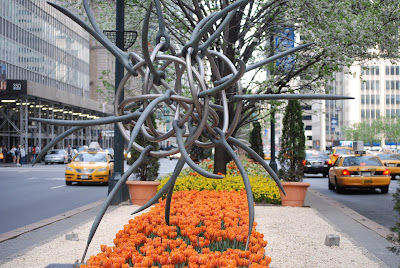 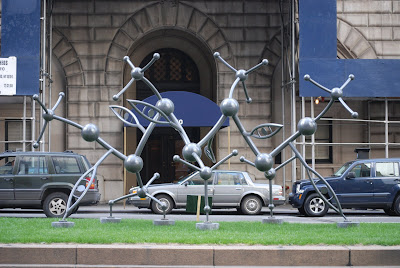 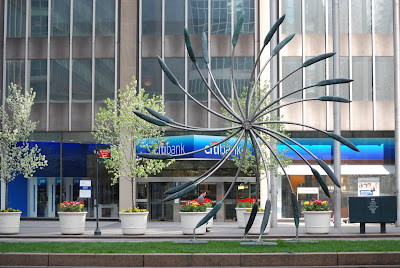 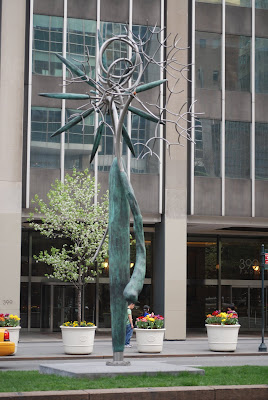 Again, The Flower, The Tree, The Knot and Me (2009)
Colorado artist JAMES SURLS is exhibiting his large-scale bronze and stainless steel sculptures along the Park Avenue Malls from 50th Street to 57th Street through July 1st.
James Surls is an internationally renowned artist known for creating monumental wood and metal sculptures. Based on natural forms, Surls’ constructions are created using his own iconic imagery of diamonds, vortexes, needles and flowers. Surls’ repetition of forms has created a personal visual language of his own, making each sculpture both a unique work and part of interconnected series. Born in East Texas, James Surls has been based in Colorado since 1998. His artwork has appeared in numerous international and national solo and group exhibitions. He has works in the permanent collections of the Smithsonian American Art Museum, Dallas Museum of Art, Los Angeles County Museum, Museum of Modern Art and Whitney Museum of American Art. Surls was instrumental in bringing a national spotlight to East Texas, where he worked and lived from 1977-1997, in part by becoming the founding director of the Lawndale Annex, a dynamic alternative space. Surls was given the Living Legend Award by the Dallas Visual Art Center in 1993 and is currently represented by the Charles Cowles Galley, the Gerald Peters Gallery and the Barbara Davis Gallery.
Posted by Noel Y. C. at 5:32 PM

For too brief a time, James was my teacher. I drew a house and he said who lives in that house. I said it is abandoned. That's not what I meant, he said. Now I get it.

Wonderful photographs! Just discovered your blog. I too write about this city of endless wonders. I am linking to this post as I just wrote one about the sculpture and architecture along Park Ave. I feature guest photographers on "Postcards." Would love to showcase some of your work and then link it back to your site. Please visit www.postcardsfromnewyork.com and leave a comment.