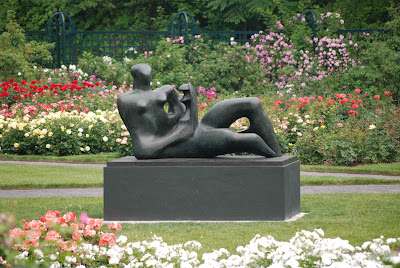 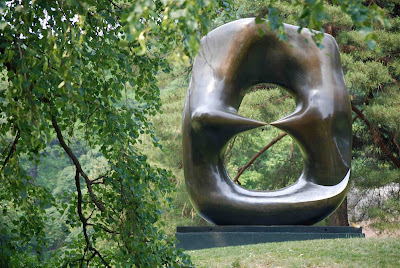 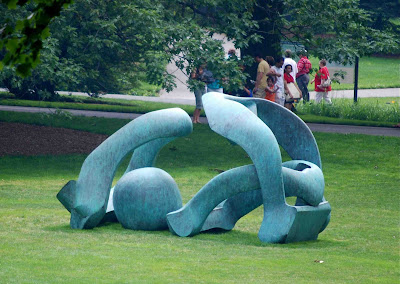 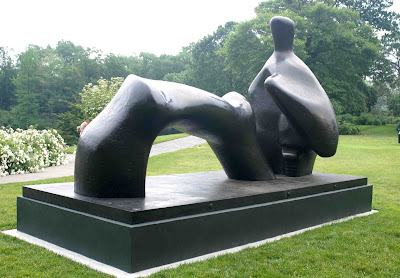 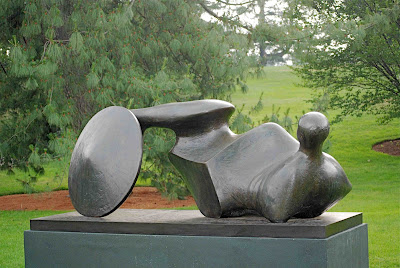 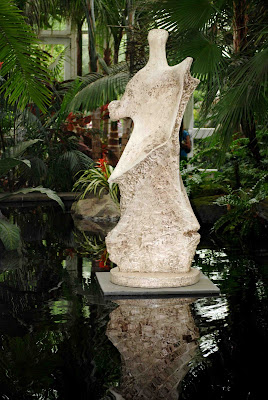 Working Model for Standing Figure: Knife Edge
Earlier today, I visited the New York Botanical Garden in the Bronx where the British sculptor HENRY MOORE's creations are on exhibit. Born in England, Moore (1898-1986) is known for his large-scale abstract sculptures set among natural landscapes. The exhibit is called MOORE IN AMERICA.
Randy Kennedy writes: The New York Botanical Garden’s “Moore in America” exhibition, with 18 of Henry Moore’s big, beloved bronzes is the largest outdoor collection of the sculptor’s work in a single venue ever presented in New York or anywhere else in the country. And it serves as the garden’s announcement of its intention to be seen as not simply as a nice, blossomy place but also as a museum in itself.
Moore, who died in 1986, most likely would have approved. “Sculpture is an art of the open air,” he once said. “And for me its best setting and complement is nature. I would rather have a piece of my sculpture put in a landscape, almost any landscape, than in, or on, the most beautiful building I know.”
Posted by Noel Y. C. at 8:40 PM

Wonderful pictures! The Botanical Garden is one of my favorite places.