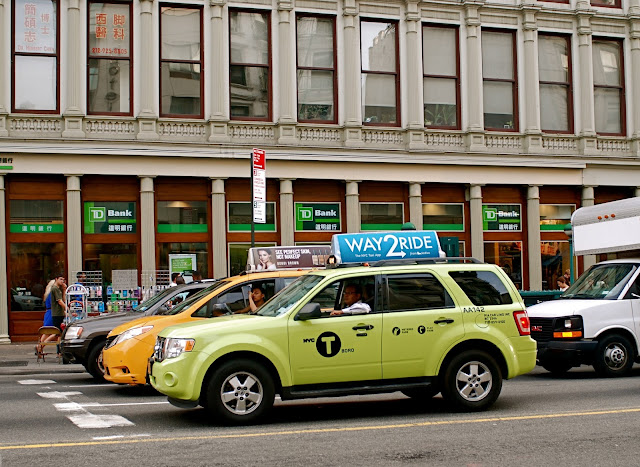 New green taxi cabs permitted to pick up street hails outside of Manhattan have hit New York City streets. The cars made their first appearance in the city almost a month ago. Last June, the state's Court of Appeals in Albany made a decision to end yellow cabs' exclusive right to pick up street hails. The green taxis are not allowed to pick up hails south of East 96th Street and West 110th Street or at any airport. The Taxi and Limousine Commission says 1,300 green taxi permits have already been issued. It expects up to 6,000 permits to be issued in the first year. Unlike livery cabs, the green taxis accept credit cards and have meters.
Posted by Noel Y. C. at 5:19 PM

the cars are lined up perfectly & their colors go together equally well. nice shot.