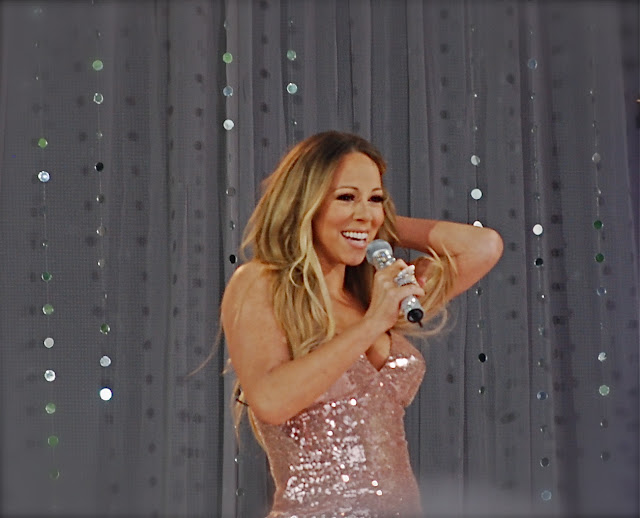 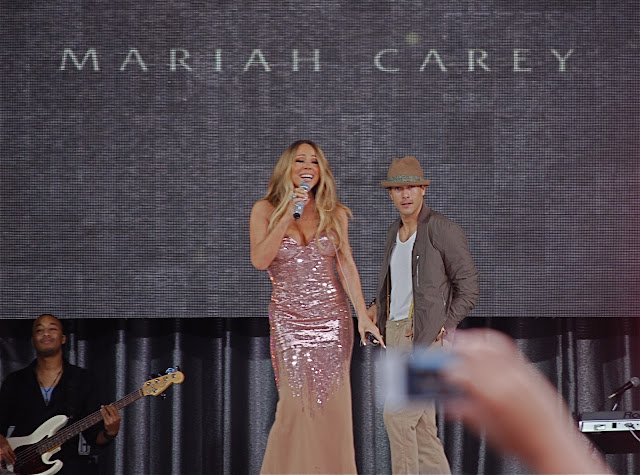 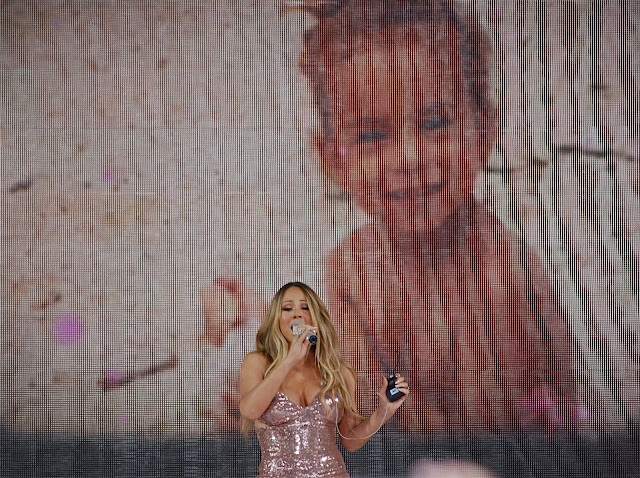 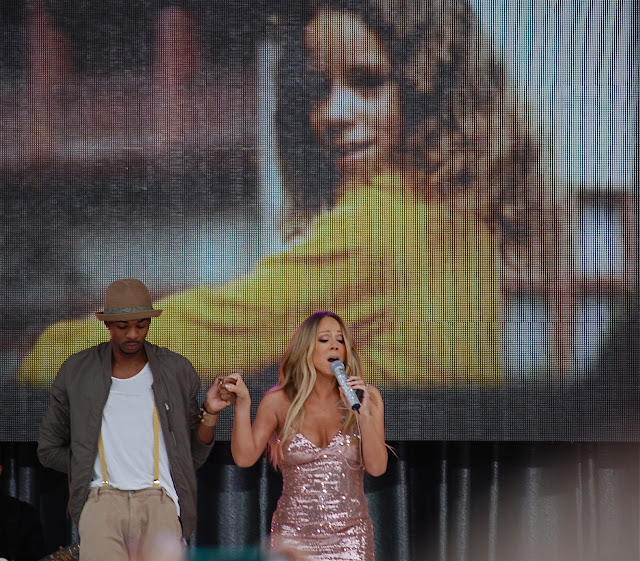 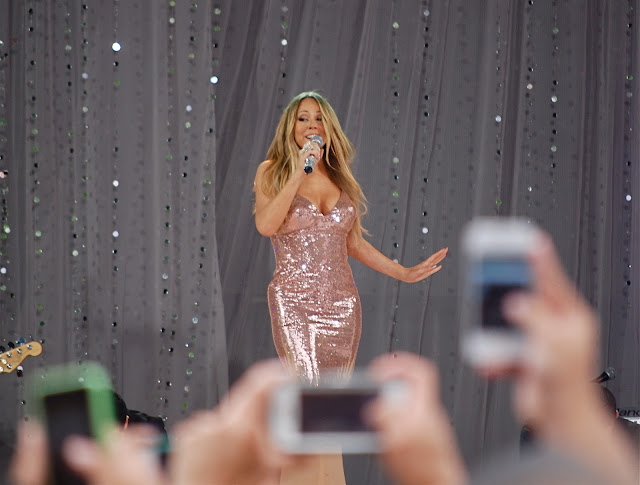 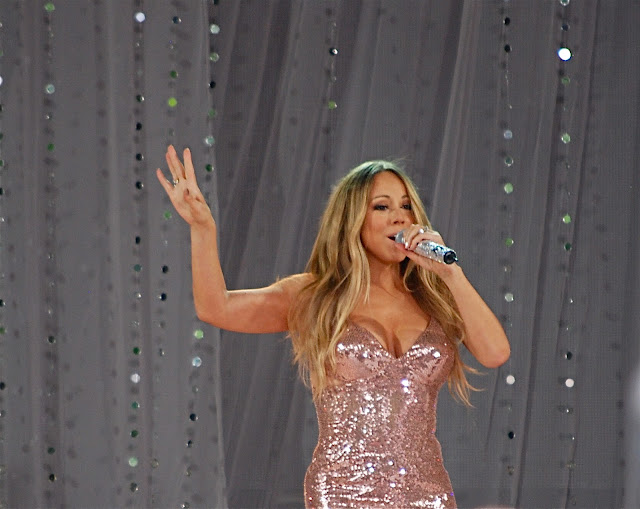 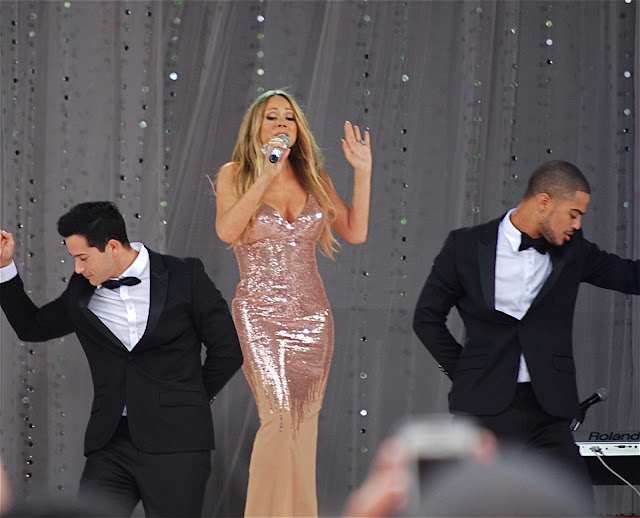 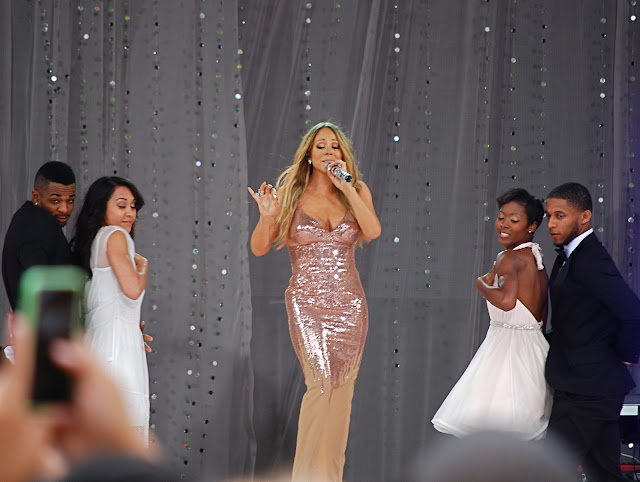 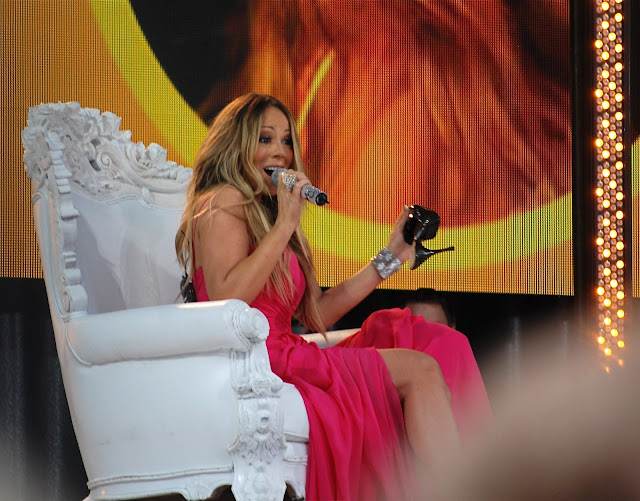 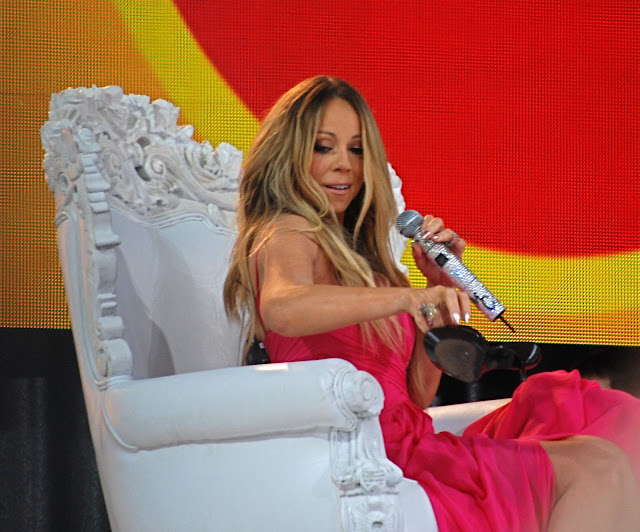 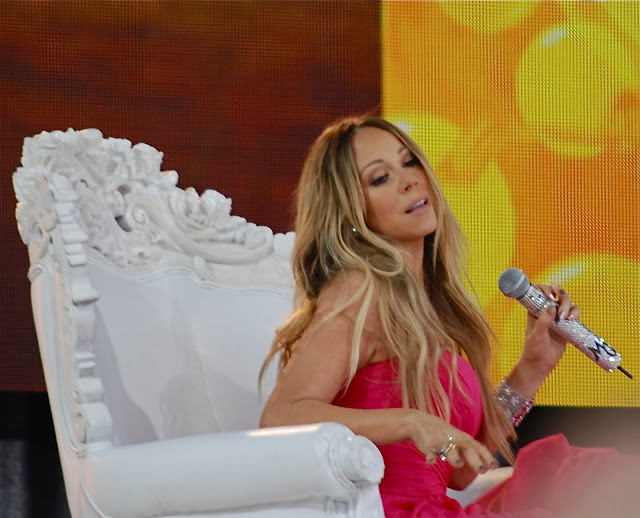 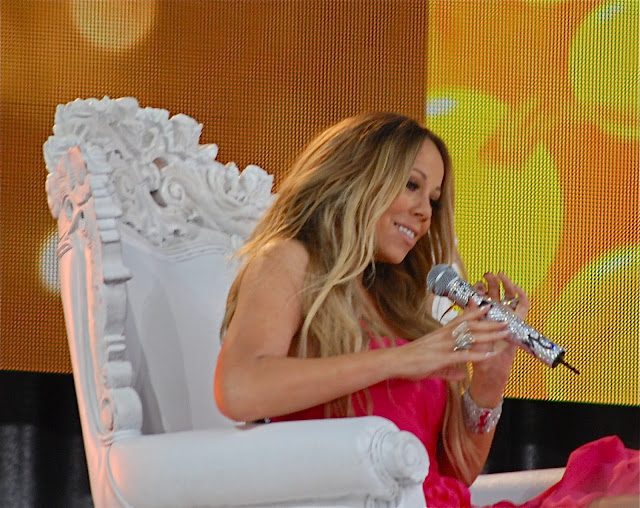 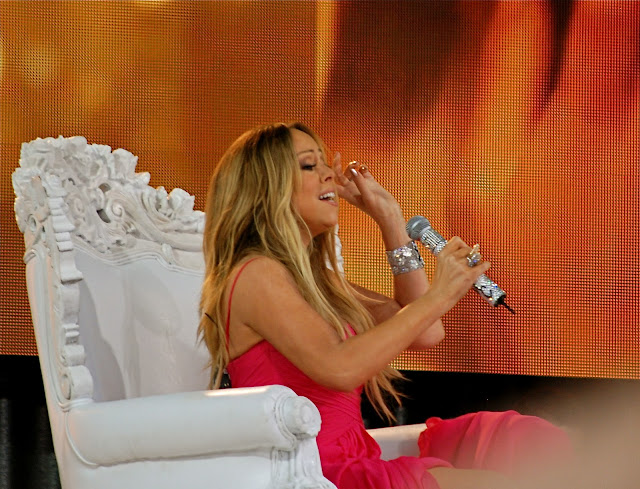 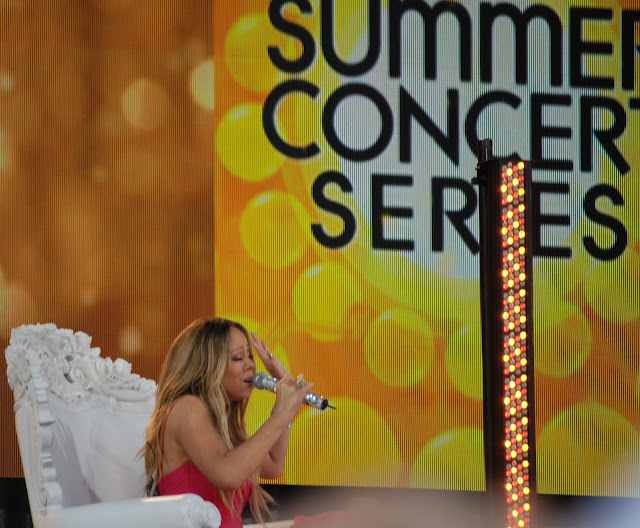 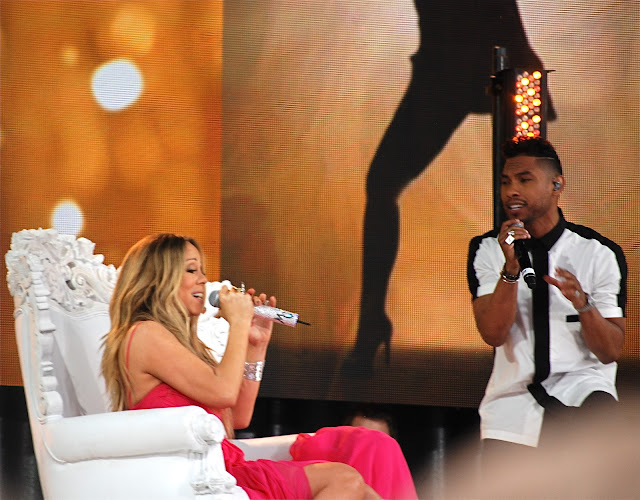 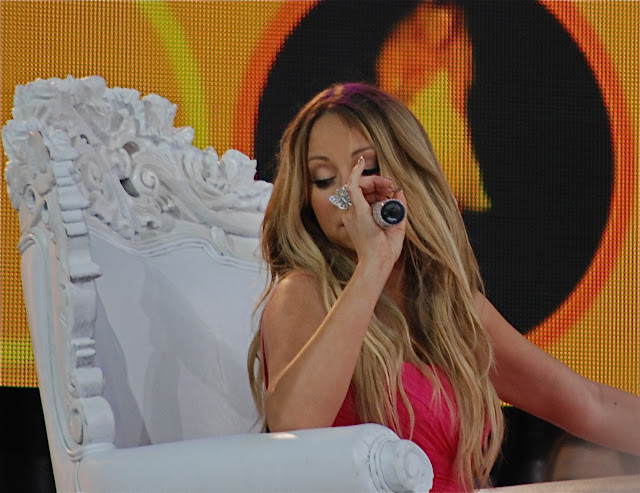 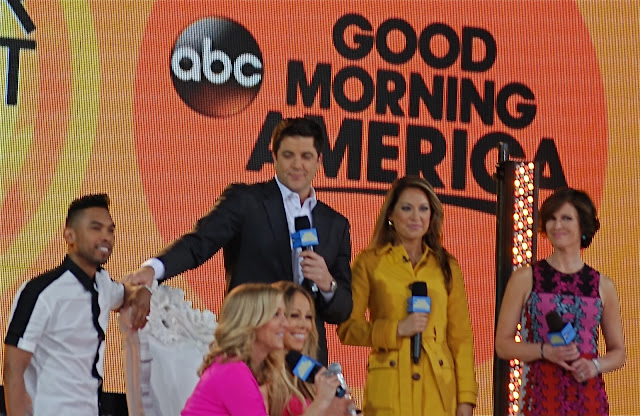 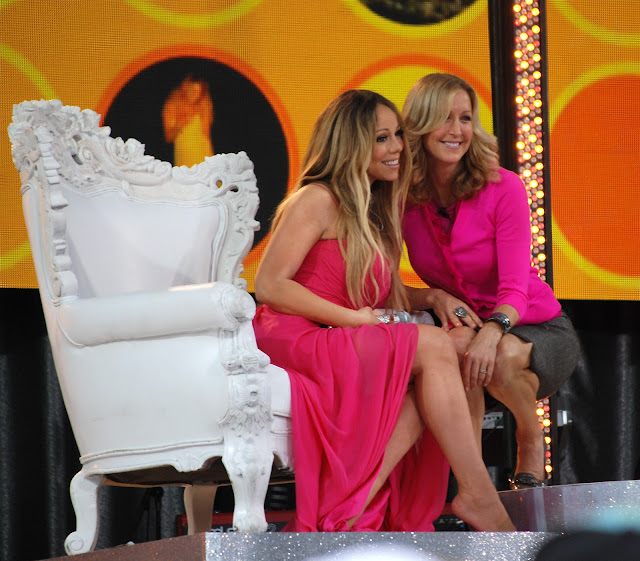 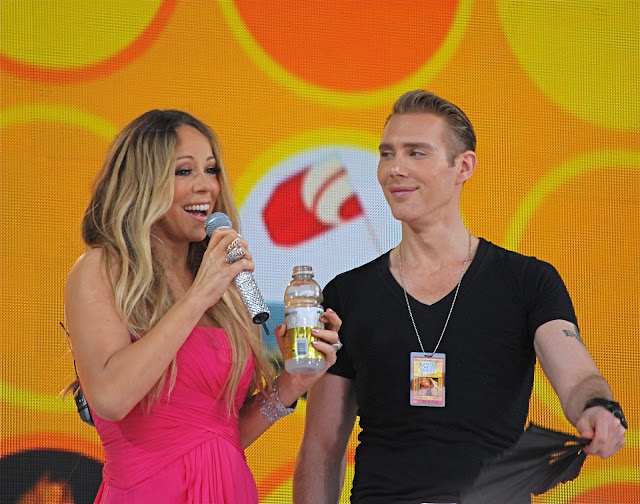 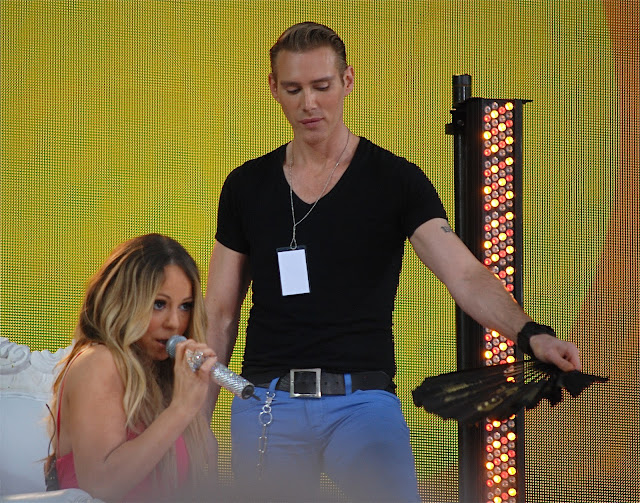 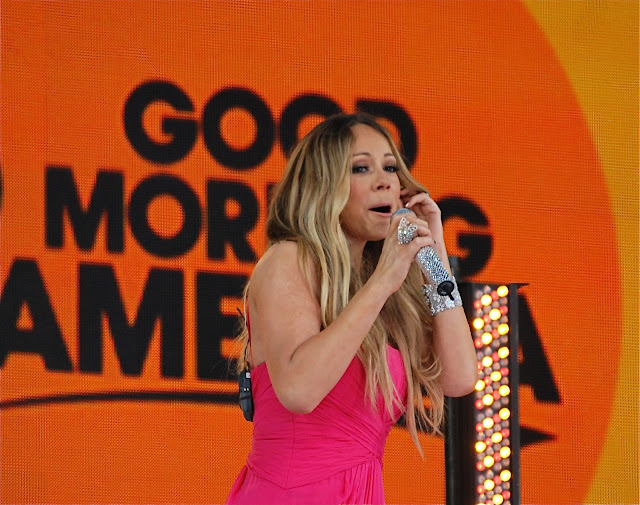 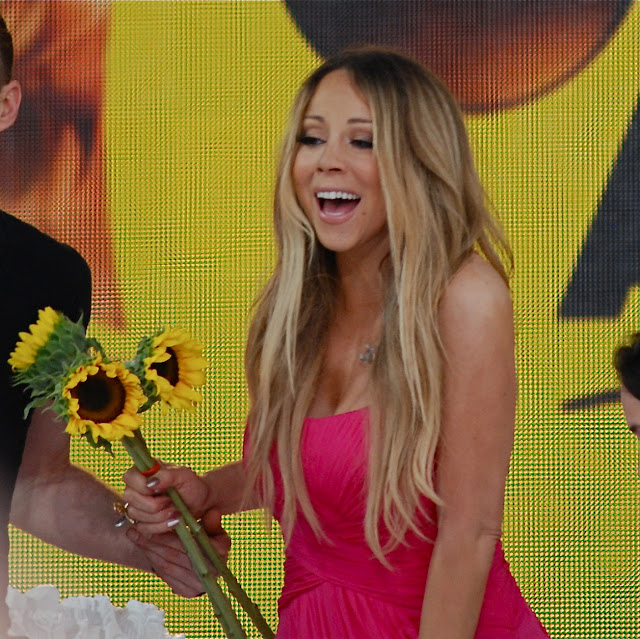 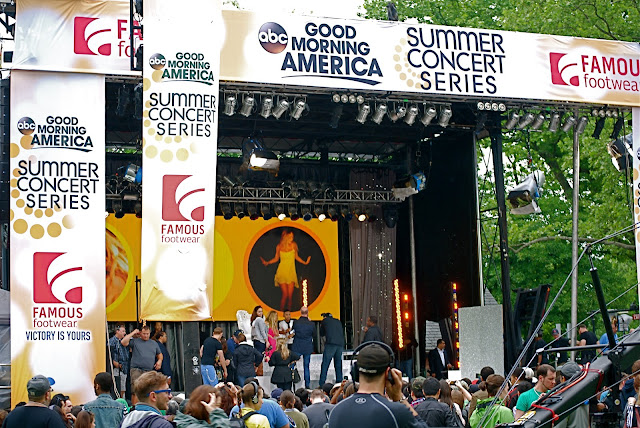 Mariah Carey, one of the best-selling music artists of all time, performed live in Central Park's Rumsey Playfield early this morning for ABC Television's Good Morning America Summer Concert Series. In one segment, Mariah wore a gorgeous light pink Versace sequined gown which "malfunctioned." During the show, the back of the gown popped open but the situation got fixed. Mariah first performed the hit song "Always Be My Baby", and then offered the first-ever live performance of her new single, “#Beautiful,” featuring Miguel. Carey has won five Grammy Awards, 17 World Music Awards, 11 American Music Awards, and 31 Billboard Music Awards. She is known for her five-octave vocal range and signature use of the whistle register. Good Morning America, America's reigning favorite morning program offers a free summer concert series at the Rumsey Playfield which is located right off the 5th Avenue and 72nd Street entrance to Central Park.

*The Mariah Carey, Pitbull and Jennifer Lopez concerts will require tickets in advance for entry. Tickets will be available closer to the performance date and fans should check back for more information on how to obtain free tickets.*

All concerts are free and open to the public and will take place live during "Good Morning America," Fridays from 7 to 9 a.m. ET.

Viewers interested in joining "GMA" in Central Park are encouraged to arrive at Rumsey Playfield via the 72nd street entrance on Fifth Avenue at 6:00am when the park opens to the public.
Posted by Noel Y. C. at 12:37 PM

ahhh, the pink sparkle dress before it burst on live television.