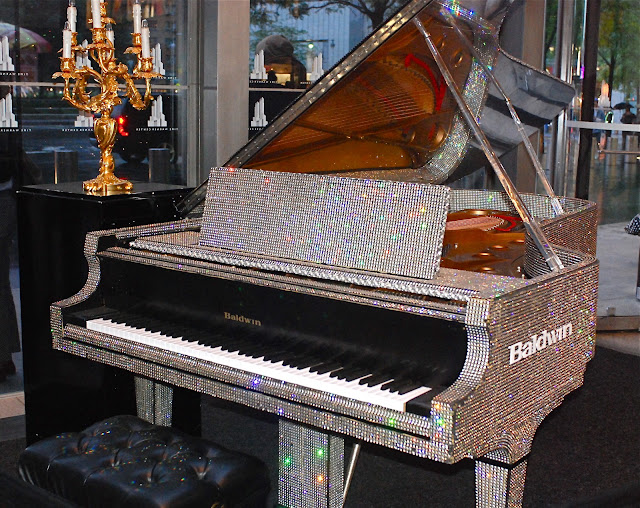 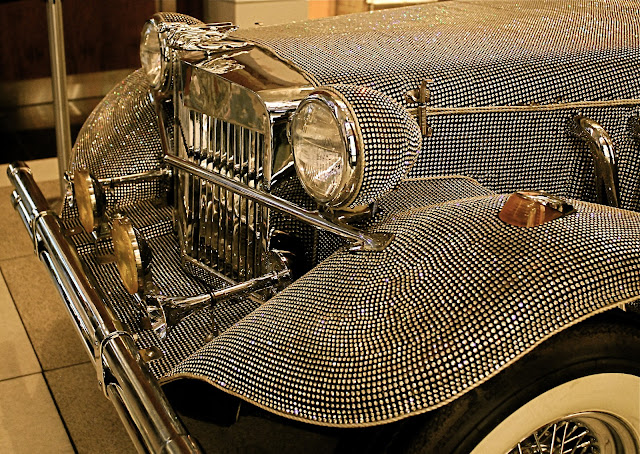 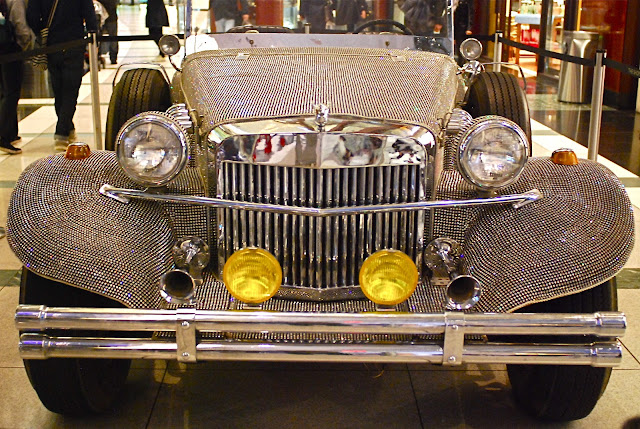 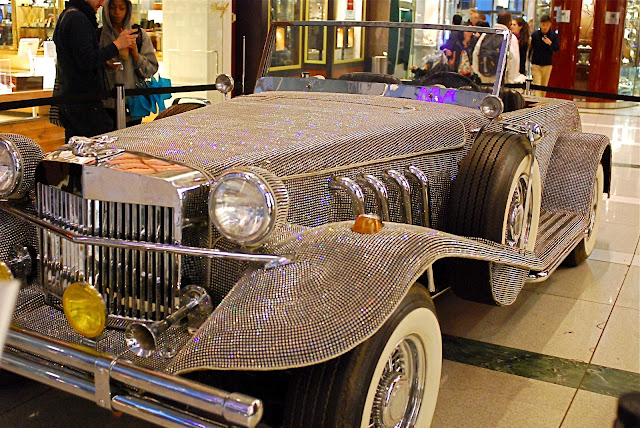 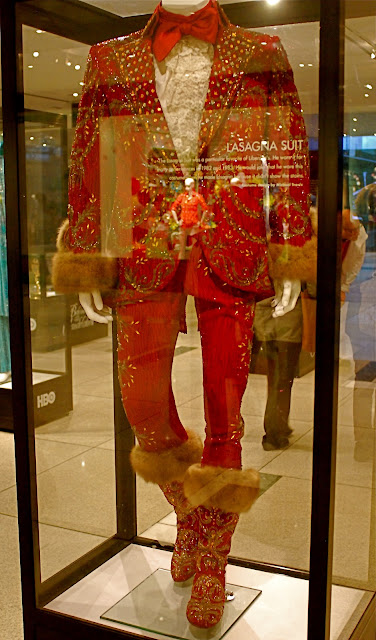 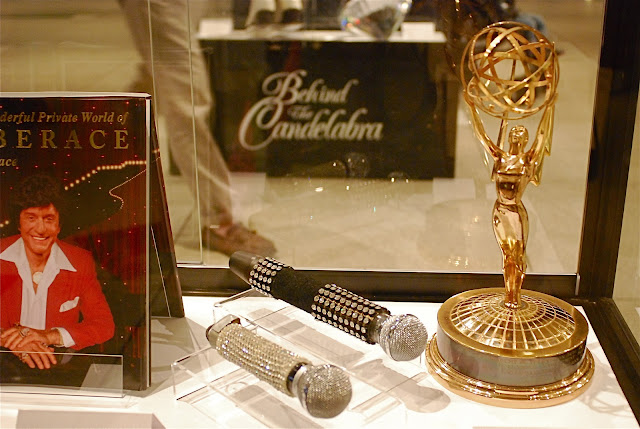 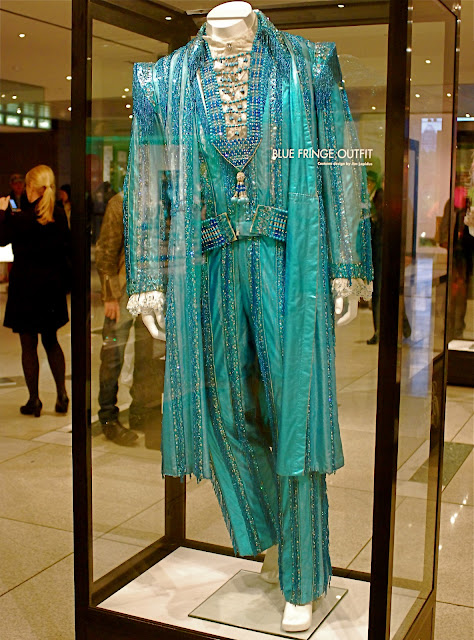 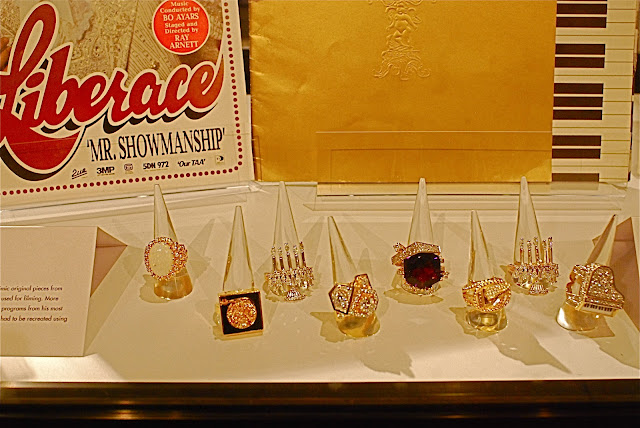 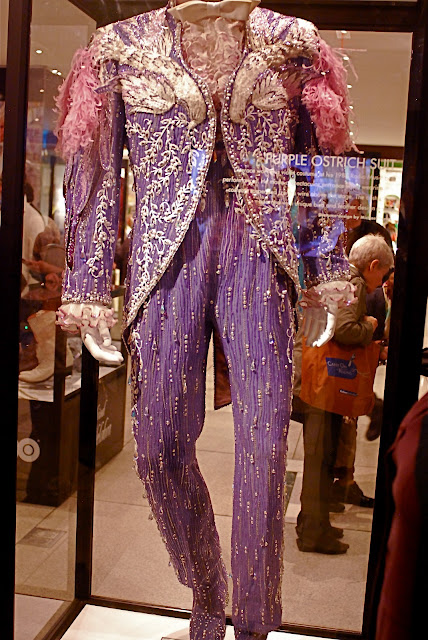 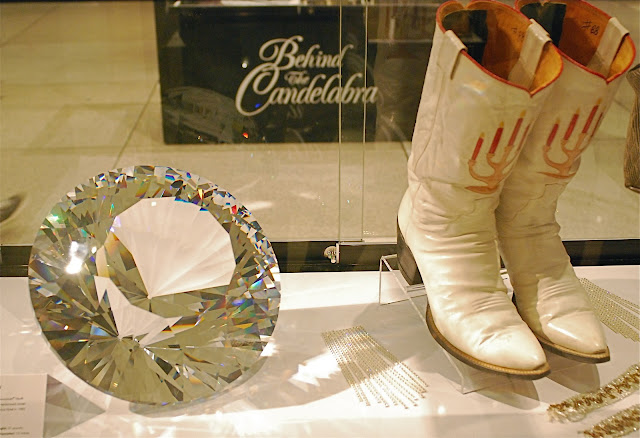 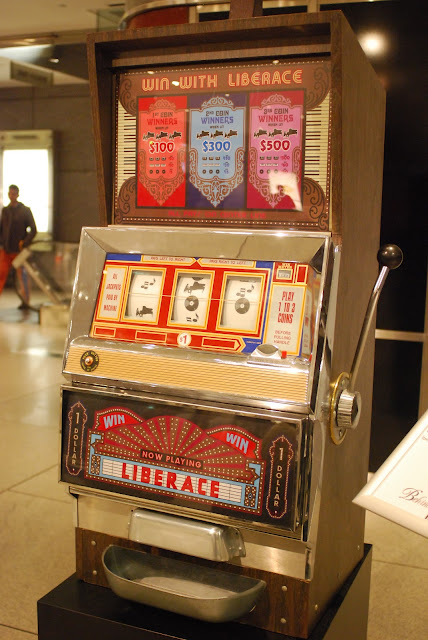 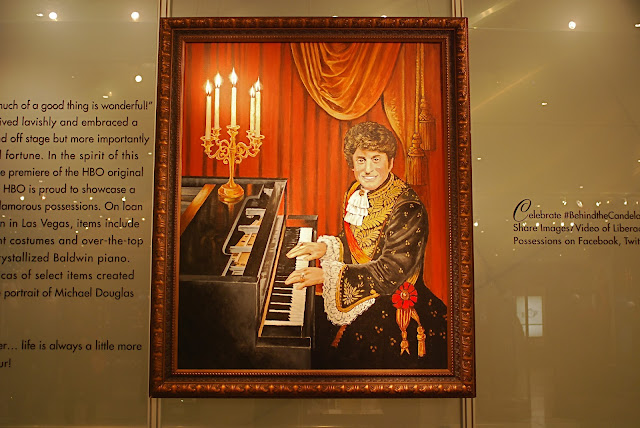 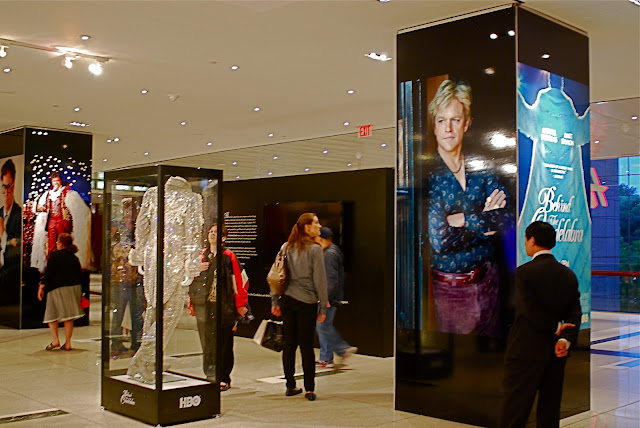 To promote tonight's premiere of the new HBO original film, Behind the Candelabra, HBO brought some of the glamorous artifacts from the Liberace Foundation to the Time Warner Center in Manhattan. The Liberace exhibition features some of the most over-the-top possessions of the beloved entertainer Liberace, including the world’s largest rhinestone, his famous crystallized Baldwin grand piano, his sparkling rhinestone roadster, and flamboyant costumes. Liberace once famously said “Too much of a good thing is wonderful!” Liberace had a loyal fan base spanning over his long career. The film, “Behind the Candelabra,” looks at the relationship between flamboyant pianist Liberace (Michael Douglas) and his much younger lover Scott Thorson (Matt Damon).

Władziu (or Vladziu) Valentino Liberace, best known as Liberace, was an American pianist and vocalist of Italian-Polish descent. His career spanned four decades of concerts, recordings, movies, television and endorsements. He was one of the highest-paid entertainers in the world in the 1970s. He was known for using a candelabrum as a signature stage prop, and for a lifestyle of flamboyant excess both on and off stage.
Posted by Noel Y. C. at 5:24 AM

Reviews of the movie are favorable over here Noel - it's a must see for me - even if it's just for the sequins and sparkle! JanUK