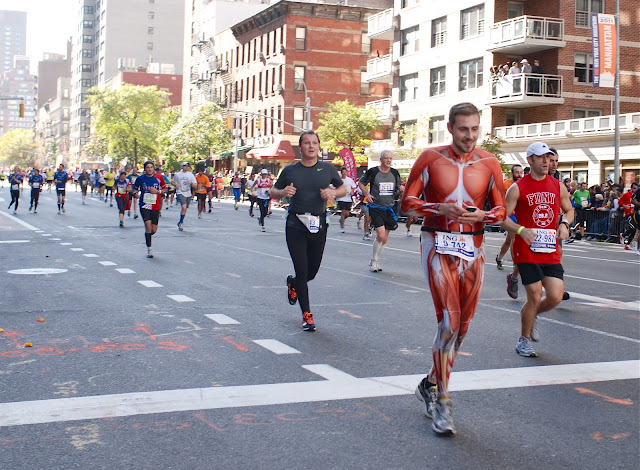 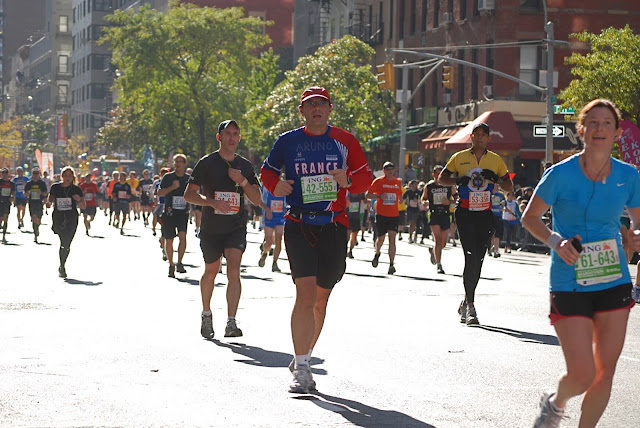 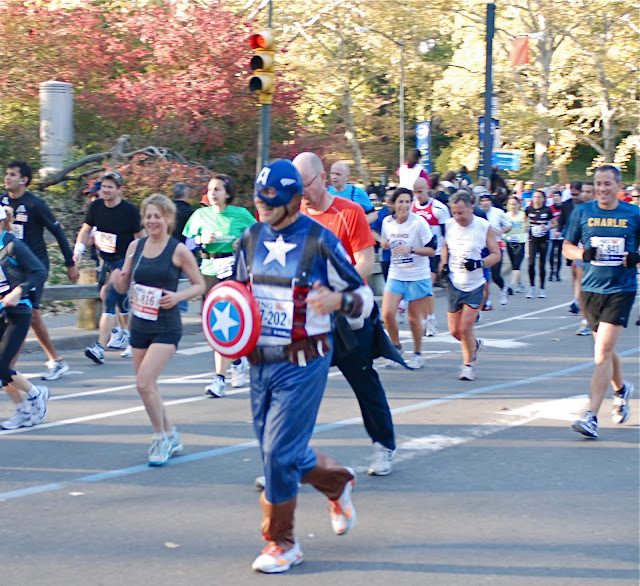 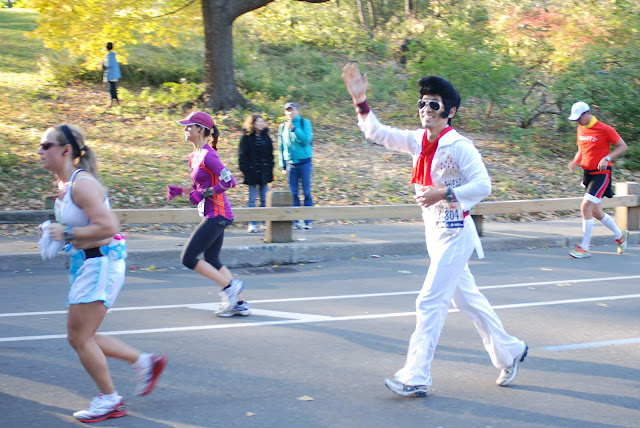 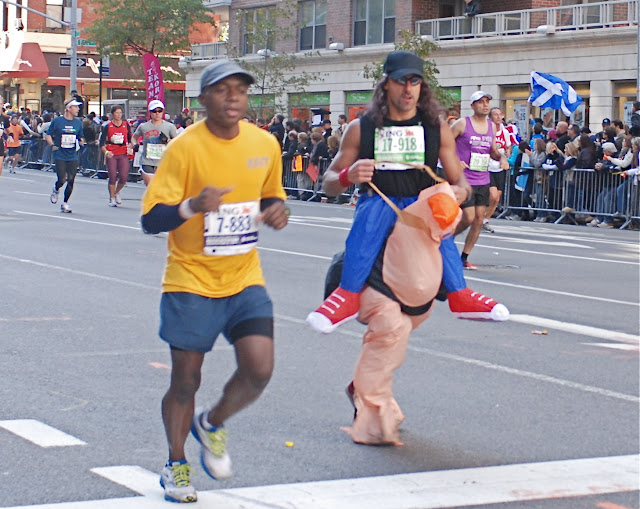 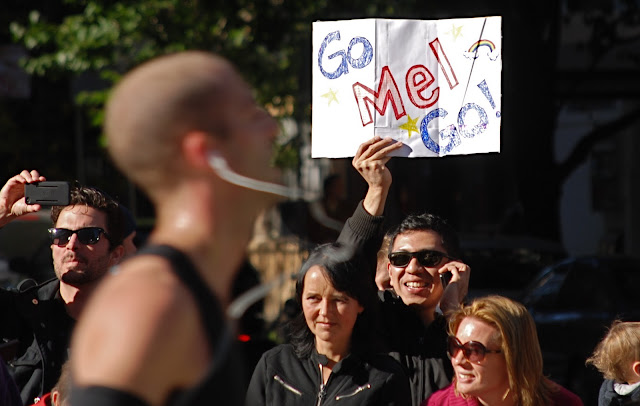 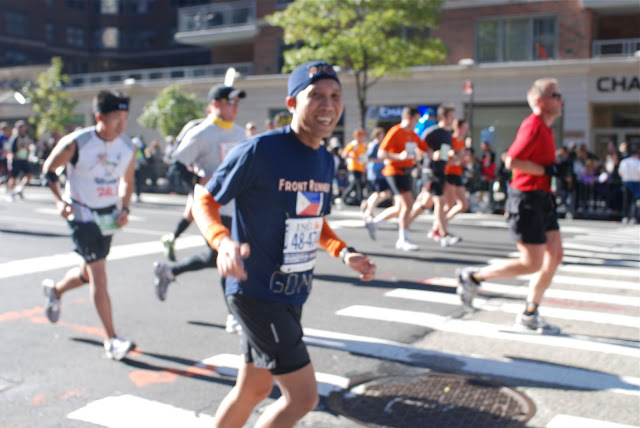 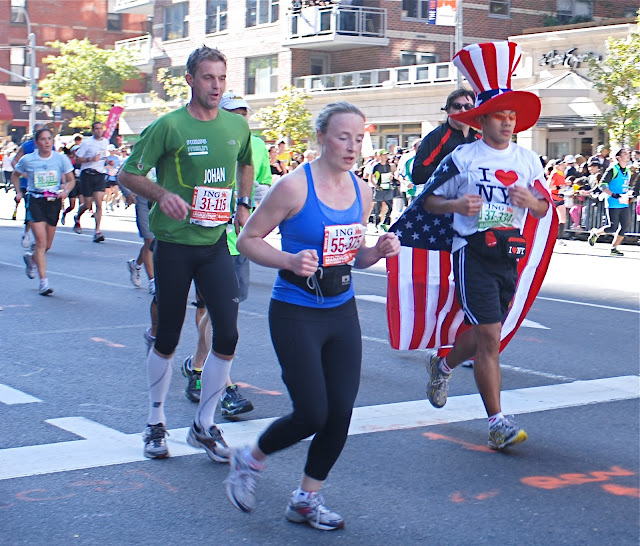 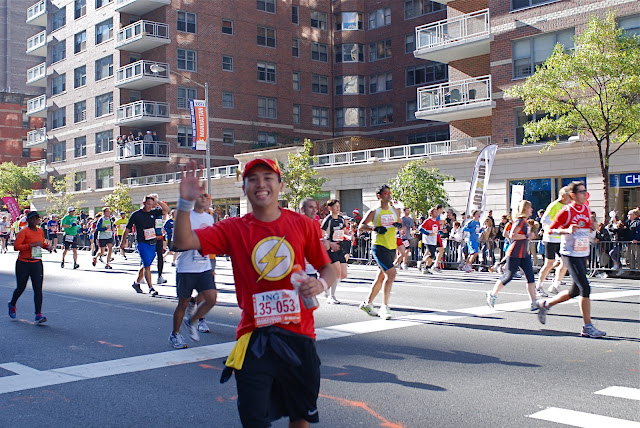 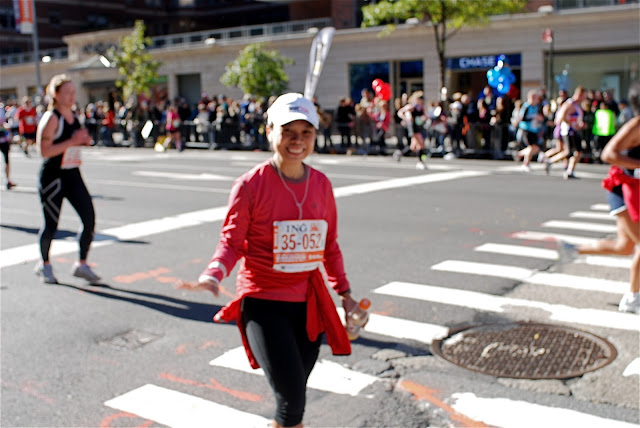 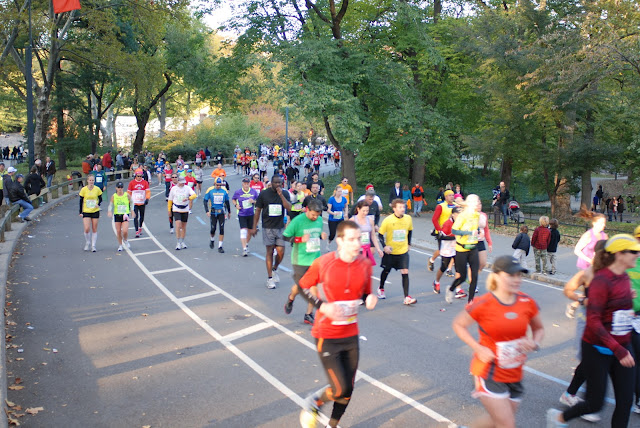 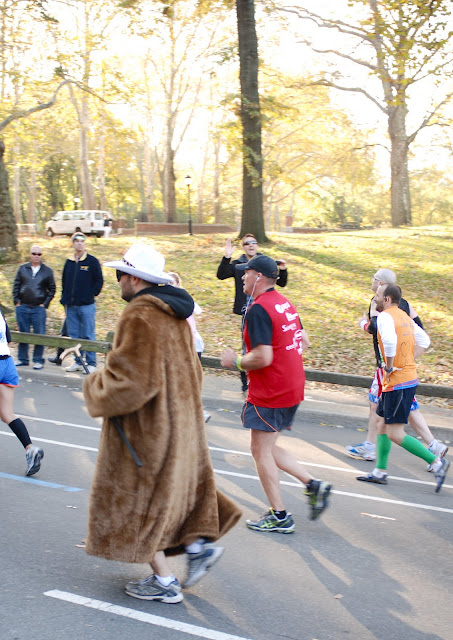 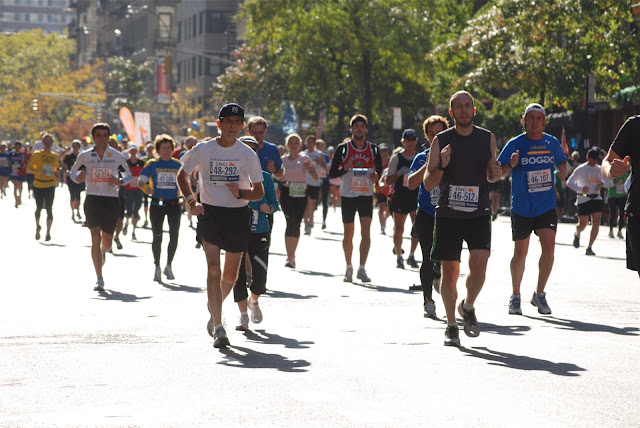 video from the MTA
Yesterday, the 42nd annual New York City Marathon (branded ING New York City Marathon for sponsorship) took place in the city in good weather conditions. The ING New York City marathon is a major annual marathon (42.195 km/26.219 mi) that courses through the five boroughs of New York City. It is one of the largest marathons in the world, with 45,103 finishers last year. Along with the Boston Marathon and Chicago Marathon, it is among the pre-eminent long-distance annual running events in the United States and is one of the World Marathon Majors. The race is organized by New York Road Runners (NYRR) and has been run every year since 1970. In recent years, it has been sponsored by the financial group ING. It is held on the first Sunday of November and attracts professional competitors and amateurs from all over the world. Some runners don costumes during the event as shown in the pictures above. Because of the popularity of the race, participation is chosen largely by a lottery system. Runners who are members of NYRR can gain entry by meeting the qualifications for guaranteed entry or via nomination from an official running club. Kenyan Geoffrey Mutai won the men's New York City marathon Sunday, setting a new course record with a finish time of two hours, five minutes and six seconds. Mutai was awarded $130,000 for winning the race. Ethiopia's Firehiwot Dado won the women's contest, finishing in two hours, 23 minutes and 15 seconds. It was also reported that a couple got married while running the marathon. Some 47,000 people competed in yesterday's event.
Posted by Noel Y. C. at 5:06 AM