Life In The Concrete Jungle And Its Impact On The Brain 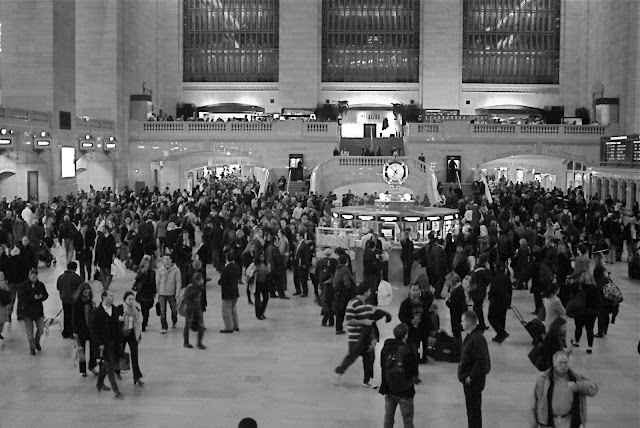 Grand Central Terminal, November 10, 2010
Video with Dr. Sanjay Gupta from a CNN article
Emerging scientific research revealed that living in an urban environment like New York City may affect brain performance. Studies including those led by Dr. Marc Berman of the University of Michigan suggest that people who live in big cities can experience mental exhaustion from attending continuously to competing stimuli, like the flashing neon signs in Times Square, the siren, the honking, etc. “Directed attention fatigue”, a neurological state in which the part of the brain that we use to concentrate on particular stimuli while ignoring distractions, gets worn down. This leads to cognitive deficits including inability to focus. Dr. Berman's studies also suggest that spending time in a natural green space every day can give the brain a break.
Posted by Noel Y. C. at 3:55 AM