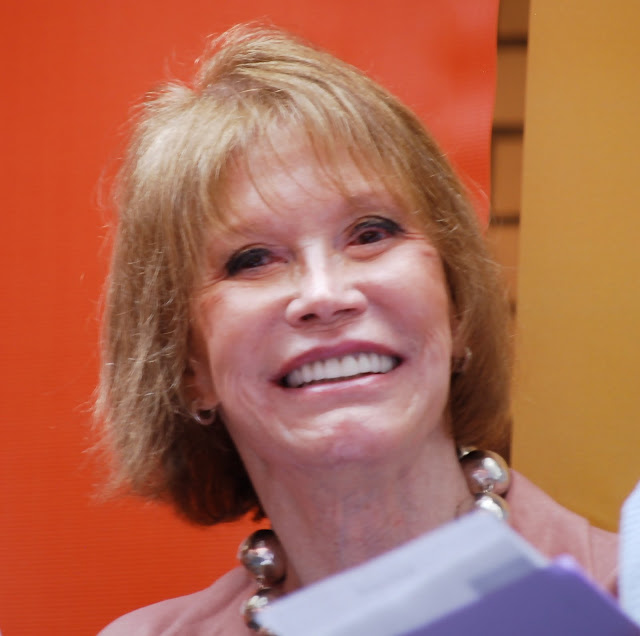 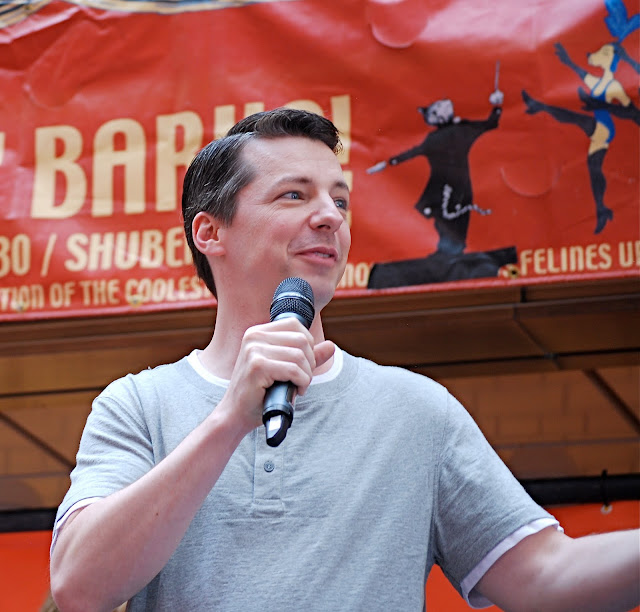 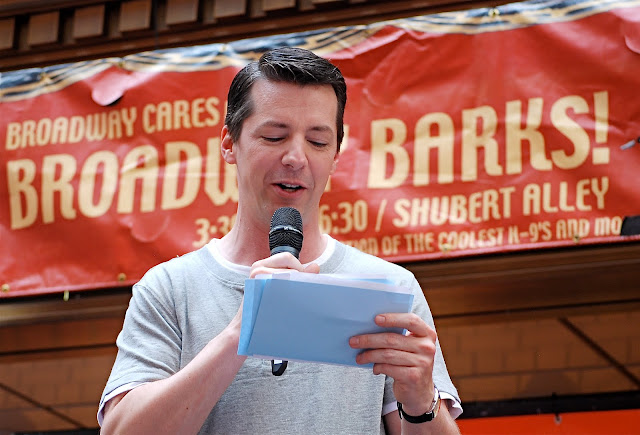 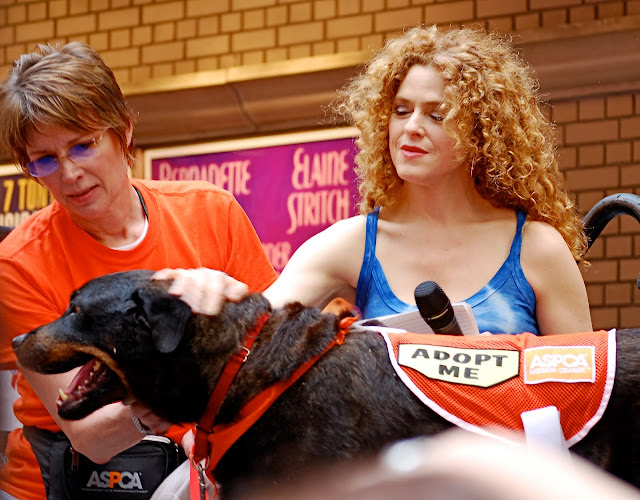 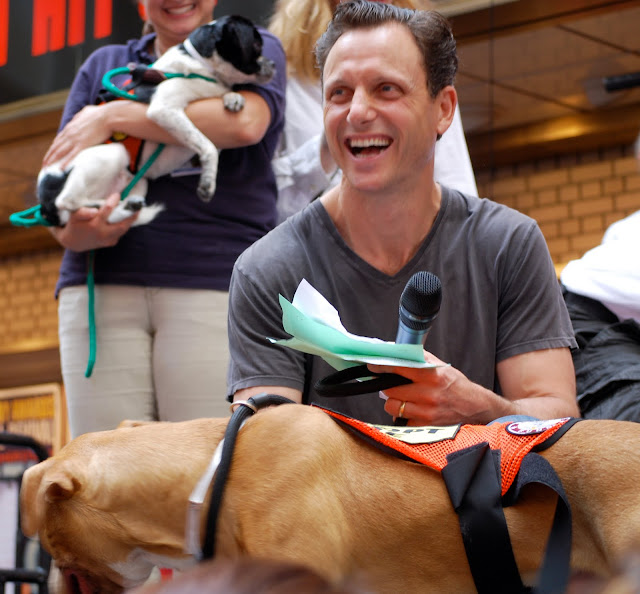 Tony Goldwyn, star of "Promises, Promises", and the movie "Ghost" 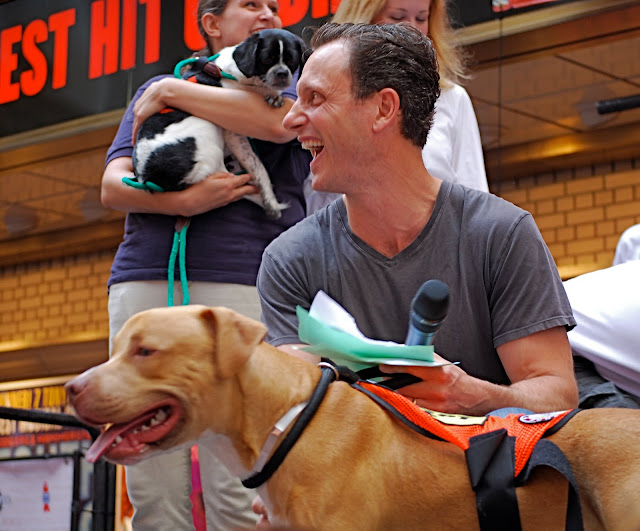 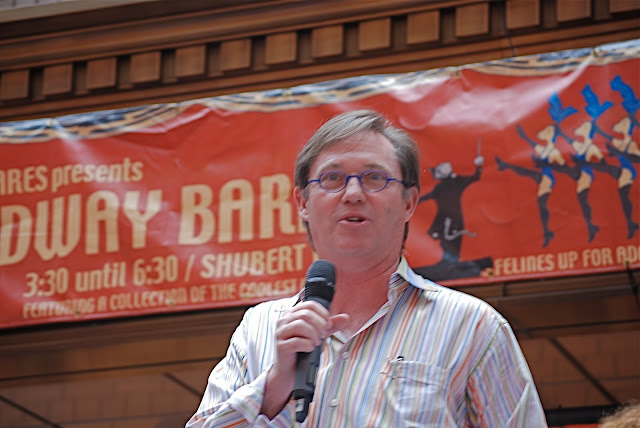 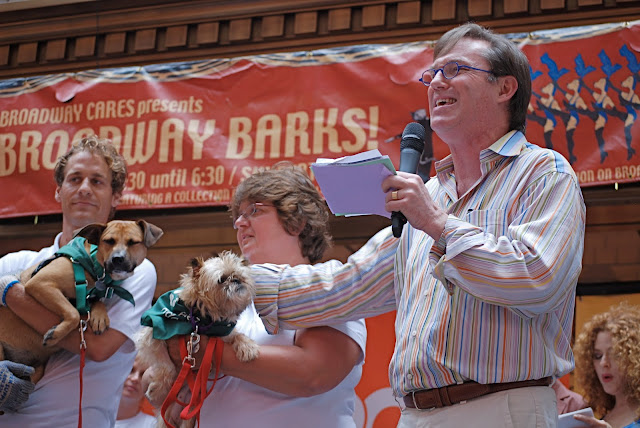 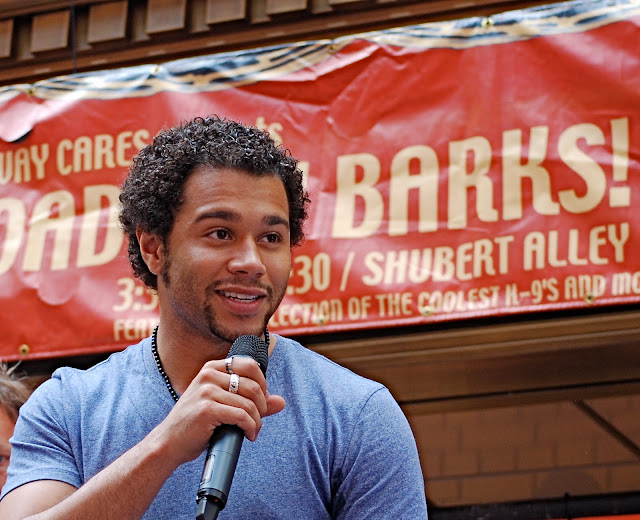 Corbin Bleu, star of "In the Heights" and the movie "High School Musical" 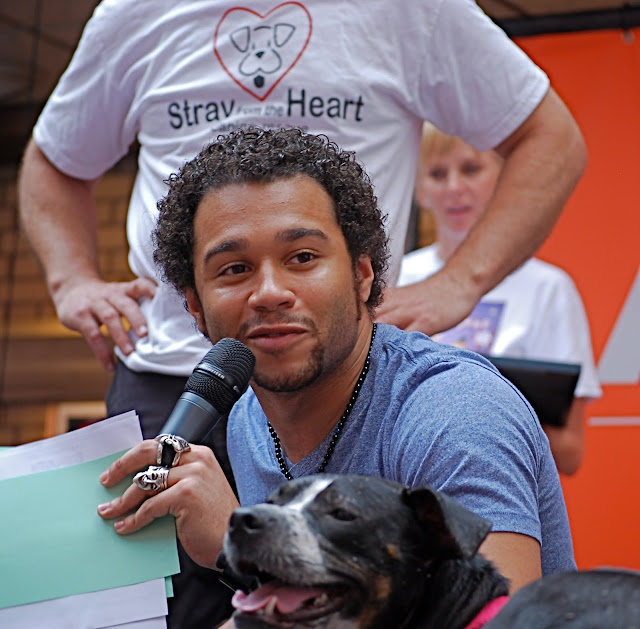 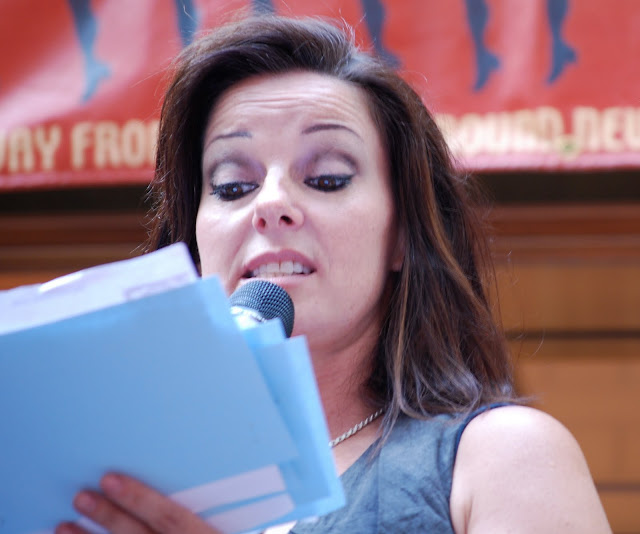 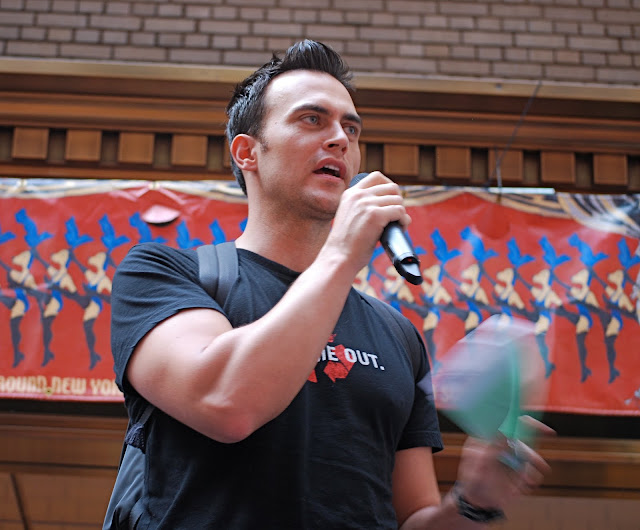 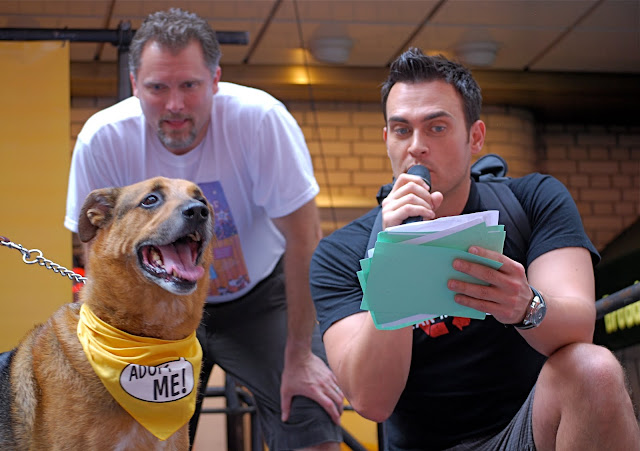 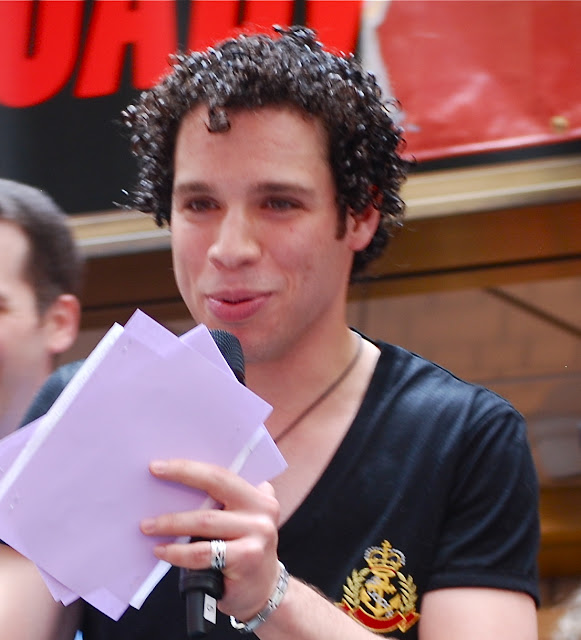 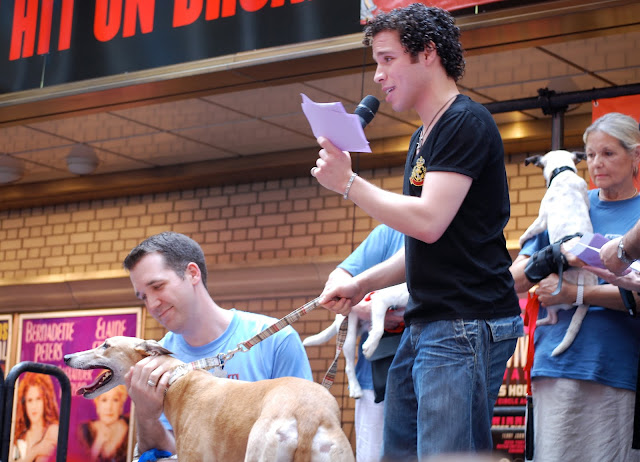 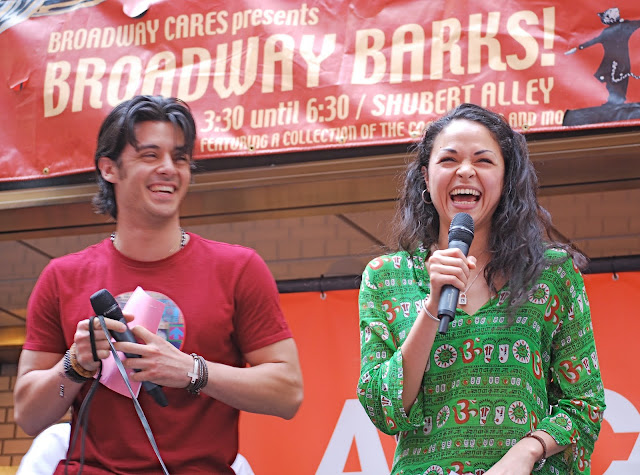 Karen Olivo and George Akram, stars of "West Side Story" 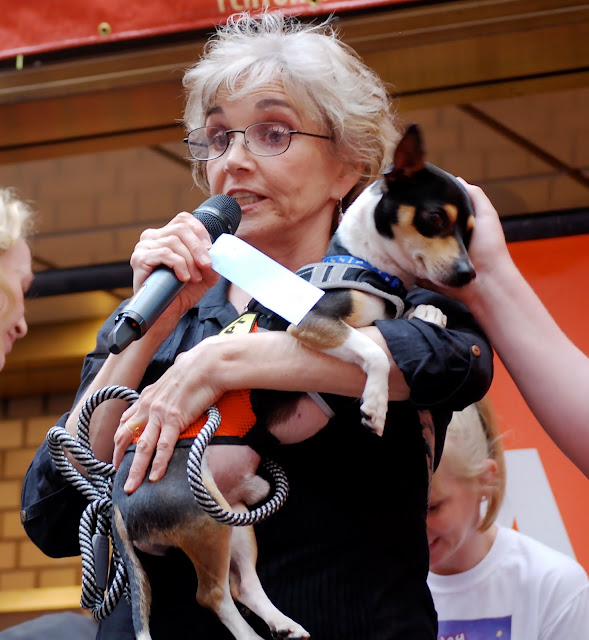 Brooke Adams, star of "Lend Me A Tenor" 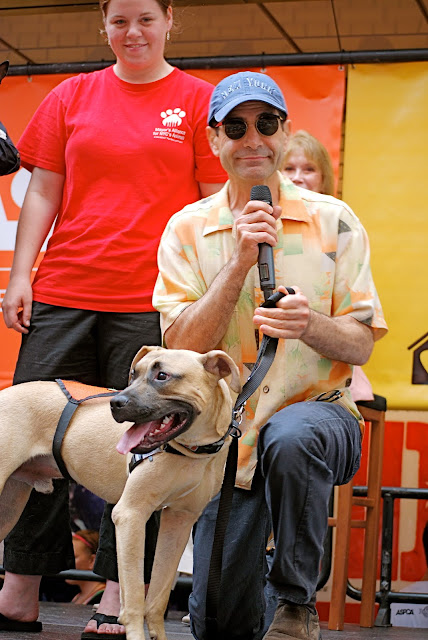 Tony Shalhoub, star of "Lend Me A Tenor" 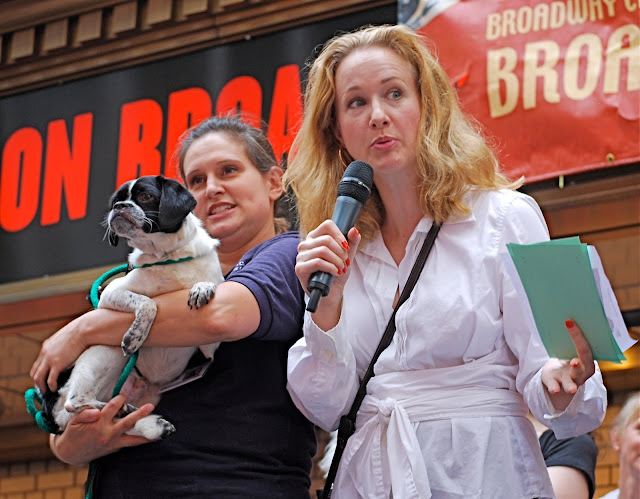 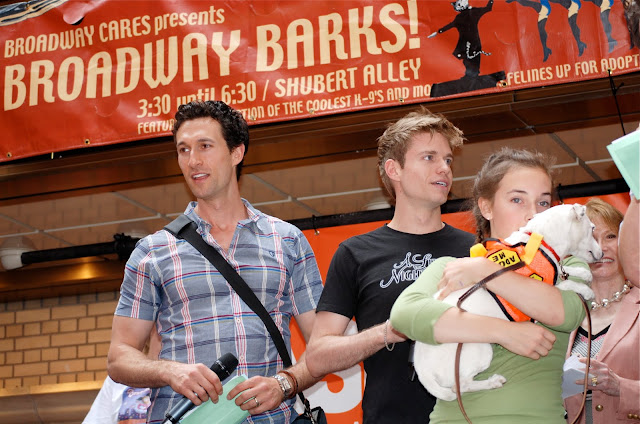 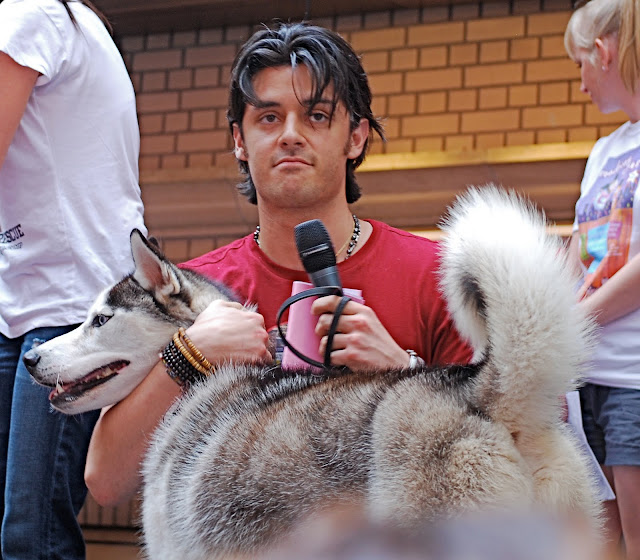 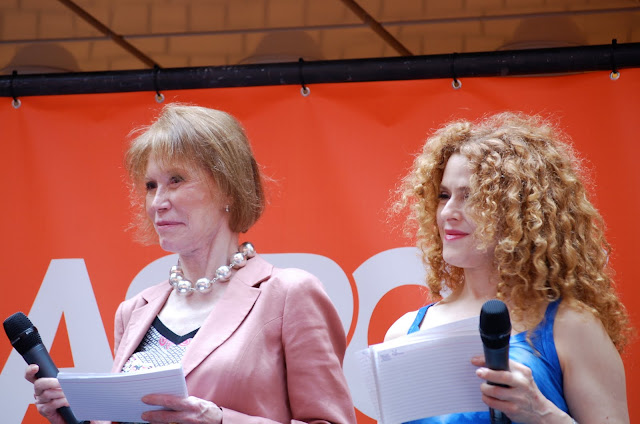 Broadway Barks 12 — the annual dog and cat adopt-a-thon founded by Bernadette Peters and Mary Tyler Moore to find homes for pets from new York City animal shelters — was held yesterday in Shubert Alley between 44th and 45th Streets, between Broadway and Eighth Avenue. Pictured above are highlights from the event including Broadway celebrity presentation of dogs and cats that need to be adopted. "According to recent statistics, we learned that we are making a difference," Mary Tyler Moore said a statement. "In 2002, the rate of euthanasia among shelter animals was at 74% of total intake. We are proud that as a result of our efforts, in 2008, the number of animals euthanized in NYC shelters has dropped to 33% of total intake. That means nearly 18,000 fewer animals have been euthanized in our city's shelters compared to 2003."
"It's hard to believe we are celebrating 12 years of Broadway Barks!" added Bernadette Peters, who will return to Broadway in July in the acclaimed revival of A Little Night Music. "It brings joy to my heart that so many people share one of my true passions…saving animals. I hope this event will be here for another 12 years."
Posted by Noel Y. C. at 11:01 AM