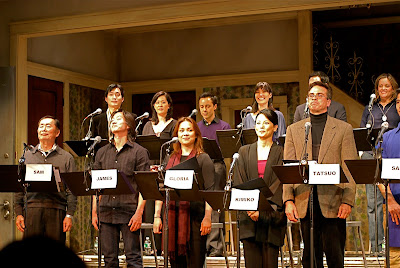 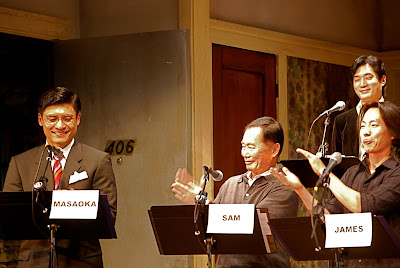 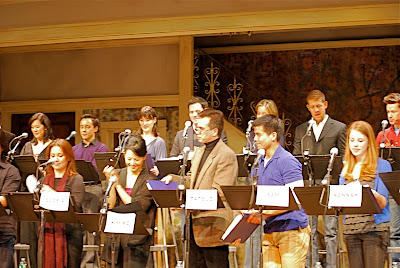 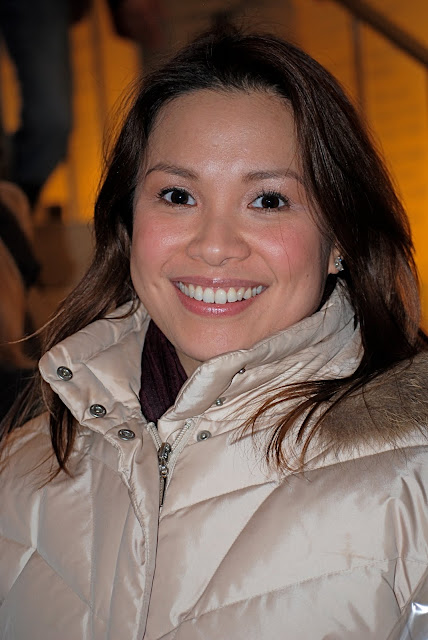 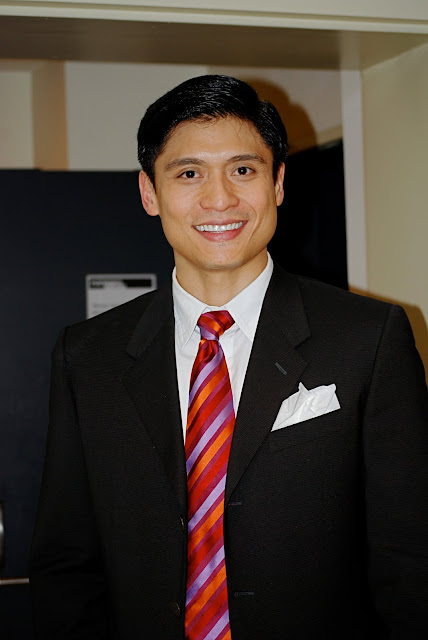 Last night, I attended the private developmental staged reading of ALLEGIANCE: A NEW AMERICAN MUSICAL. This new musical, with music and lyrics by Jay Kuo, and book by Jay Kuo and Lorenzo Thione, is about Japanese-Americans who were put in internment camps during World War II. The musical follows the Omura family, who were forced to leave their home in Salinas, California to move to the Heart Mountain Internment Camp in Wyoming during World War II. Their story reflects the deep conflicts of a nation, and a people divided: father Tatsuo, a successful store owner, resists their unjust internment; mother Kimiko fears for their future, quietly resigns to their fate; older son James volunteers in an all-Japanese army regiment; and younger son Sam yearns for acceptance by and inclusion in America. The Omura's conflicts mirror the larger rift between the Japanese American Citizens League, which urged cooperation with the internment, and the resisters of the internment, who steadfastly refused to serve a country that had put them in concentration camps. This universal story sheds new light upon a dark, unexplored, and wrenching chapter of American history.
The cast included LEA SALONGA, GEORGE TAKEI, TELLY LEUNG, PAOLO MONTALBAN, BENJAMIN EAKELY, KEVIN GRAY, TAMLYN TOMITA, MICHAEL K. LEE, ALLIE TRIMM, PHILIP HOFFMAN, and SALLY WILFERT. The ensemble included ADAM FLEMING, GAELEN GILLILAND, MARY ANN HU, AUSTIN KU, DANIEL C. LEVINE, DOAN MACKENZIE, KASEY MARINO and ANN SANDERS. The most applauded number was "My Time Now" sung by TELLY LEUNG who plays Young Sam. He was fantastic. The reading was directed by STAFFORD ARIMA with music direction and arrangements by LYNNE SHANKEL. The reading was held at the Mainstage Theatre at 416 West 42nd Street.
Posted by Noel Y. C. at 7:09 PM

This sounds exciting! I hope to see it and that it does well.

I've got an upcoming interview with music director Lynne Shankel. I talk about how I discovered who she was in my latest video blog. It was at the amazing ASTEP Christmas concert, featuring all these Broadway stars.