HAPPY YEAR OF THE PIG 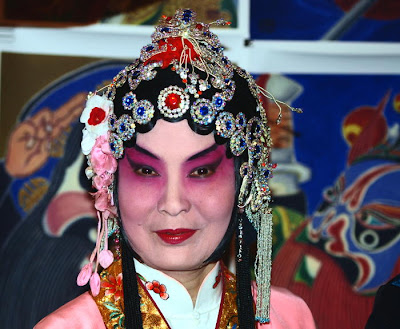 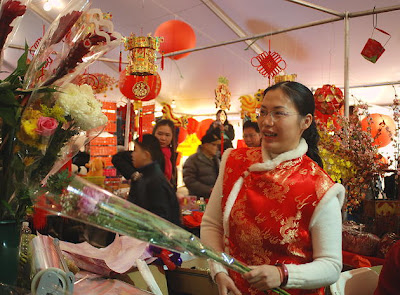 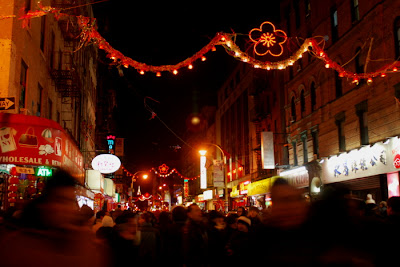 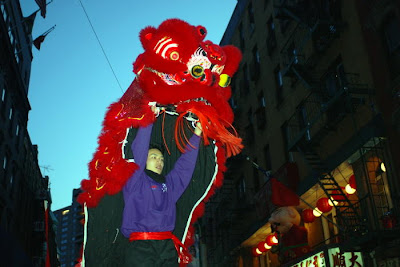 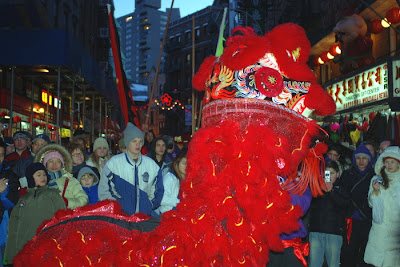 bottom photos are scenes at the Mott Street festivities.

The two-week celebration of the Lunar New Year, also known as the Chinese New Year and the Spring Festival commenced on February 16 with the Fourth Annual Flower Market in the heart of . Flowers are believed to bring luck and prosperity in the New Year. The tradidtional Firecracker Ceremony and Cultural Festival were the main festivities on February 18. That evening, I braved the cold weather and visited , one of the original three streets that formed the core of in the mid to late 1800’s. I joined a big crowd in watching a local lion dance troupe marching up and down the street and bowing to each store, market and restaurant, believed to ward off evil spirits and bring good luck for the year of the Pig. Since the Pig is the last animal in the 12-year cycle, 2007 is anticipated to be a year of "closure and completion." People born in the year of the pig are thought to be intellectually curious, honest, tolerant, loyal, and often make true friends for life.

I dont know if you remember me, I am Angel Manabat, freshman at UPCVM 84-85. Anyway I stumbled into your blog by accident, and was pleasantly surprised to see your picture and your name.

How are you? me here in the Philippines working for a pharmaceutical/veterinary company

hope you remember me, I am Angel Manabat, a freshman (vetproper) 84-85 at UPCVM. Accidentally stumbled into this BLOG and was pleasantly surprised to see your name and picture.

hope your doing well. Anyway keep in touch. my email address are

nice noel, i wanted to go to chinatown too but we were at nini's place on saturday.

ps. the first photo...is that a pig? heheheh kidding!

Angel: Of course I remember you Angel. What a nice surprise! I'll email you soon.

Jon: You probably have seen it all in Manila's Chinatown (Ongpin?) anyway. About your comment on the first picture, sobra kang manlait ha. That's actually me in drag!

Just googled UPCVM and this came up. Thought I'd say hello and wondered if you remember me. I graduated in 86 and does SAVER ring any bells?

Good to hear from you. Keep in touch and do contact me if you're in the area.