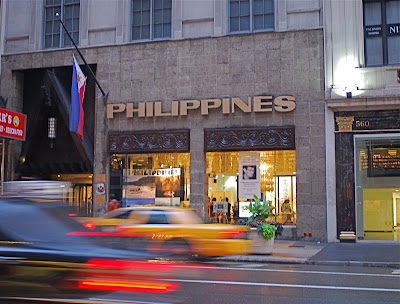 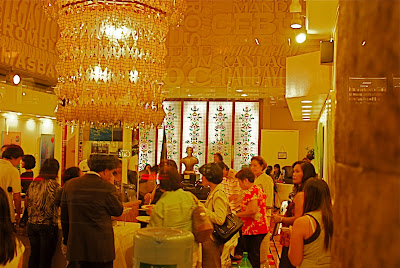 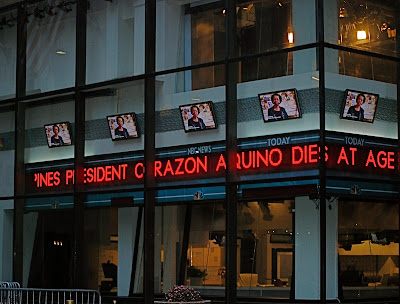 NBC Studio, Rockefeller Center
Having reacquired my Filipino citizenship last year, I thought I should exercise my right to vote during the Philippine national election in May 2010. I took the opportunity to register after work hours at the Philippine Center earlier this evening. The overseas absentee voter registration-town hall meeting was held from 6:30 to 9:00 PM at the center's Kalayaan Hall, although it looked more like a typical Filipino party because food was served. The flag outside the Philippine Consulate is flown at half staff in honor of former Philippine President Corazon Aquino who helped restore democracy in 1986, following a peaceful people power revolution. Tita Cory as she is fondly called, passed away today after a long battle with colon cancer. What better way to honor her memory than participating in the democracy that she fought hard to regain.
The Philippine Consulate is located in midtown Manhattan at 556 Fifth Avenue, between 45th and 46th Streets.

• During the Sunday Consular Service

• At the Consular Outreach Services, 10am-3pm:

can you just go anytime during the weekday to register?

Pinay, I think you can register anytime during the weekday office hours to register.