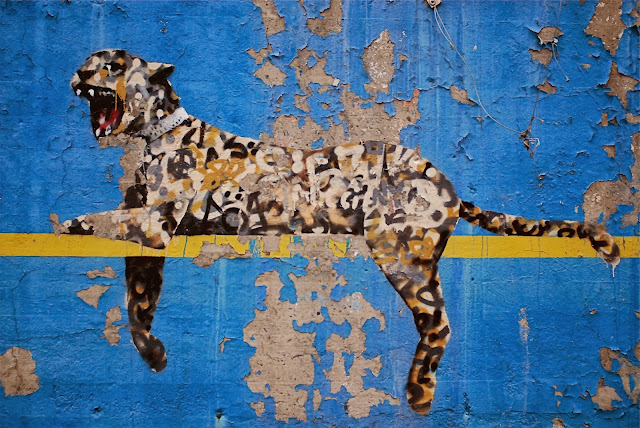 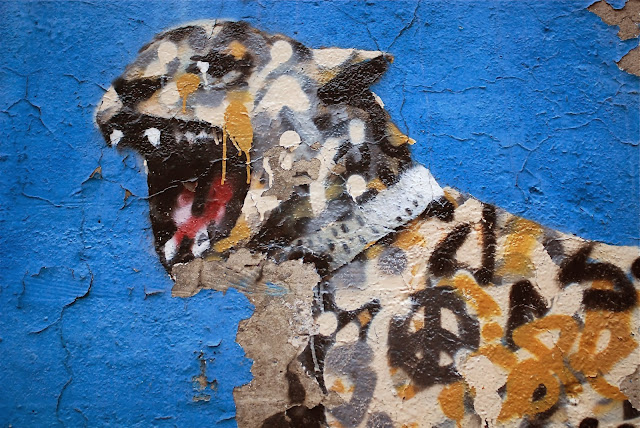 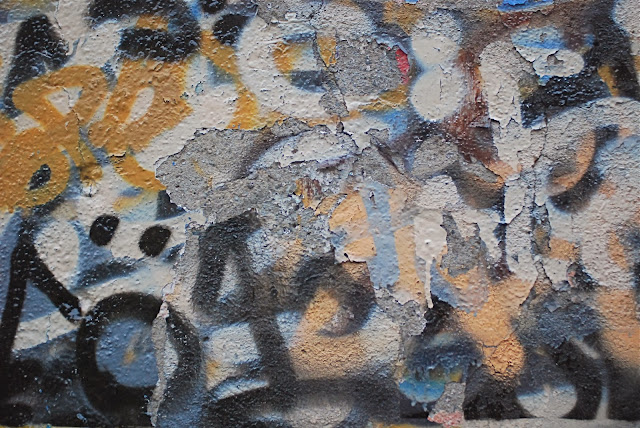 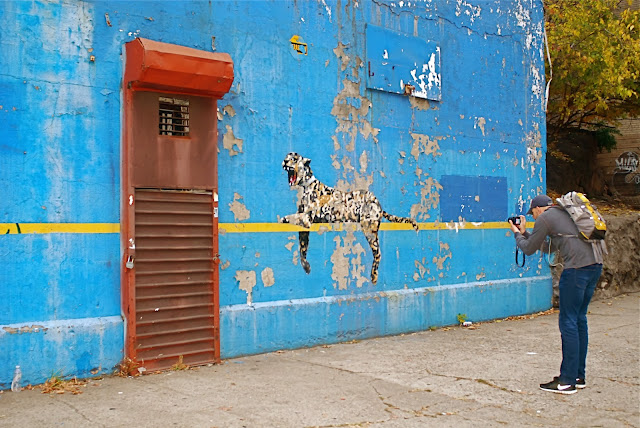 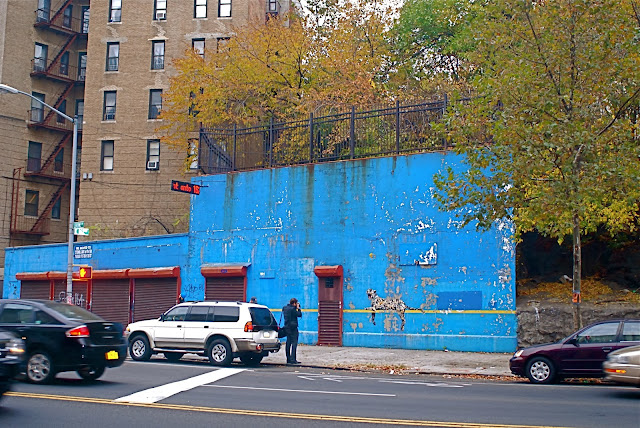 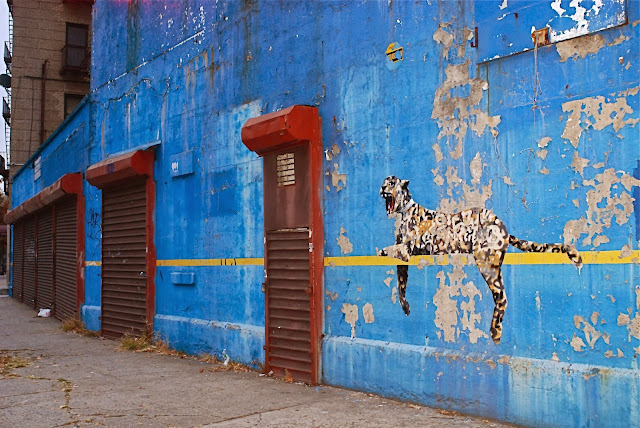 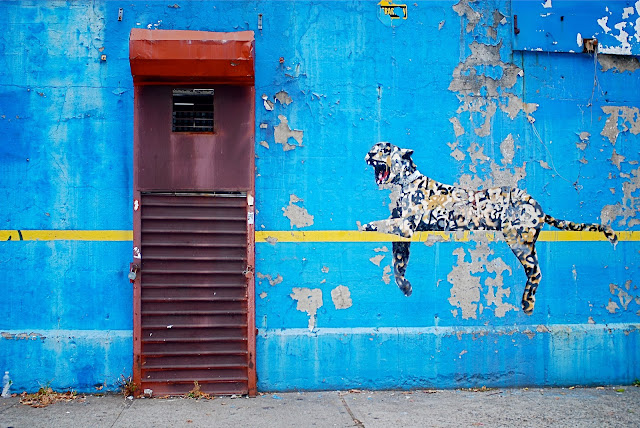 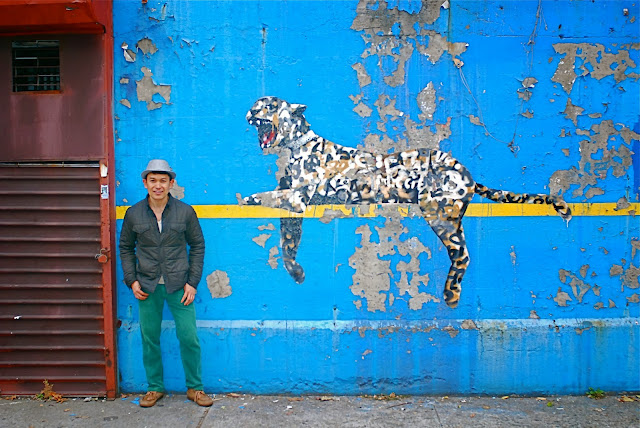 The penultimate piece by the elusive artist Banksy in his month-long residency in New York City streets is "Bronx Zoo." It is a graffiti painting of a growling wild cat resting on a railing, across the road from the Yankee Stadium. The wild cat is sitting on a pre-existing yellow painted line on a blue wall, located across the road from the New York Yankees stadium. The wild cat has markings are made up of graffiti scrawl and various protest symbols, including the famous Campaign for Nuclear Disarmament (CND). It's entitled "Bronx Zoo", it has been suggested the name is a pun on a nickname acquired by the baseball team nearly 40 years ago. The Yankees were referred to as the Bronx Zoo, because of the fighting between George Steinbrenner, Billy Martin and Reggie Jackson. The street art is located at the junction of East 162nd Street and Jerome Avenue. It is part of Banksy's "Better Out Than In" exhibit, in which the artist left his works scattered across the five boroughs, drawing huge crowds, as well as vandals. Each day of October, Banksy unveiled new works of art around New York. The works were then announced on his website and posted to Instagram.
Posted by Noel Y. C. at 5:49 AM