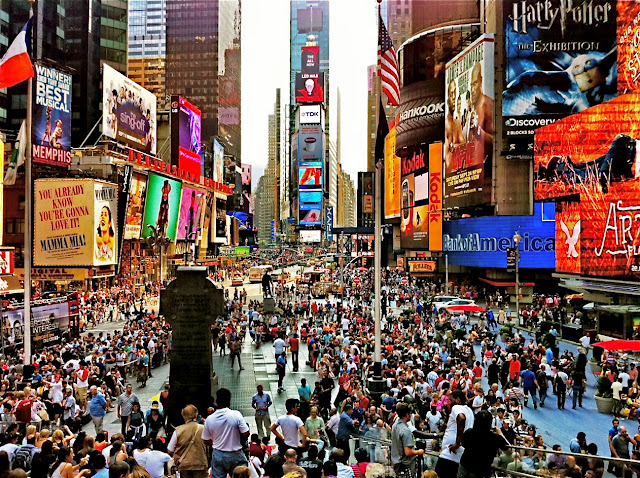 Mayor Bloomberg and New York City's tourism organization announced recently that New York City had a record 52 million visitors in 2012—up 2.1 percent from last year's record breaking numbers. According to the city, visitors "generated an estimated $55.3 billion in economic impact to the city’s economy, with direct spending reaching $36.9 billion." According to the mayor, the city is "well on our way to achieving our new goal of 55 million visitors and $70 billion in economic impact by 2015." An estimated 41 million domestic visitors and 11 million international tourists visited the city. The image above was captured in Times Square, one of the most popular destinations in the city.
Posted by Noel Y. C. at 5:35 AM