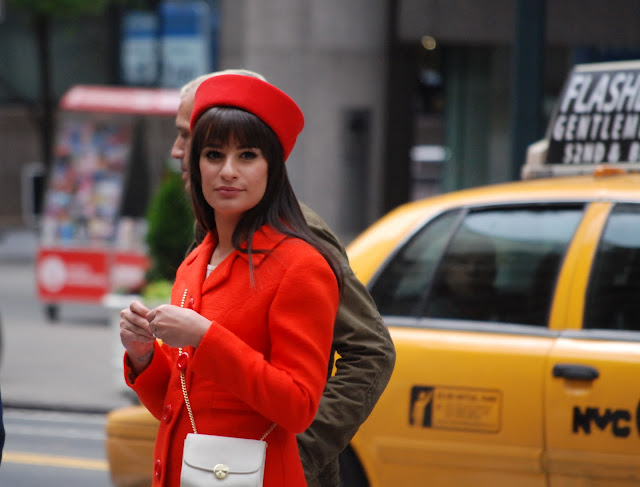 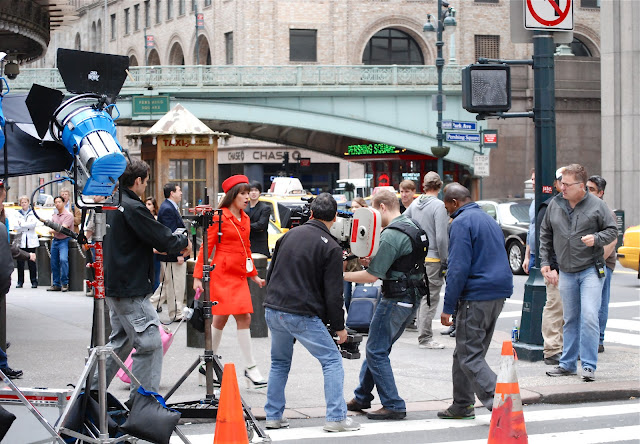 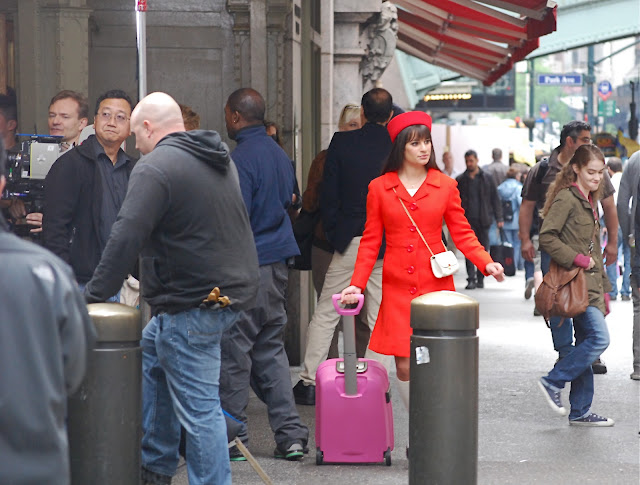 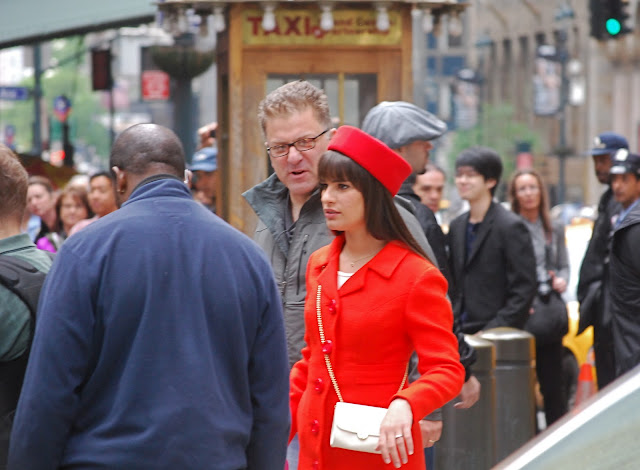 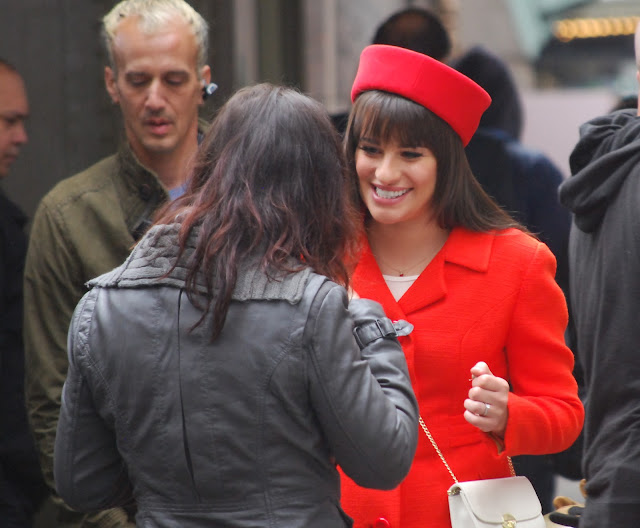 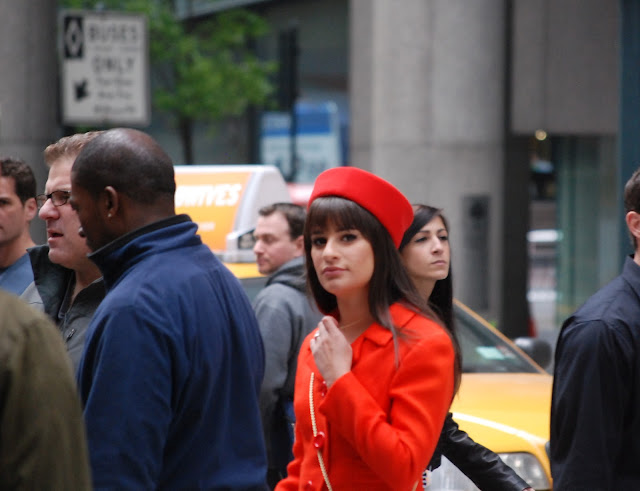 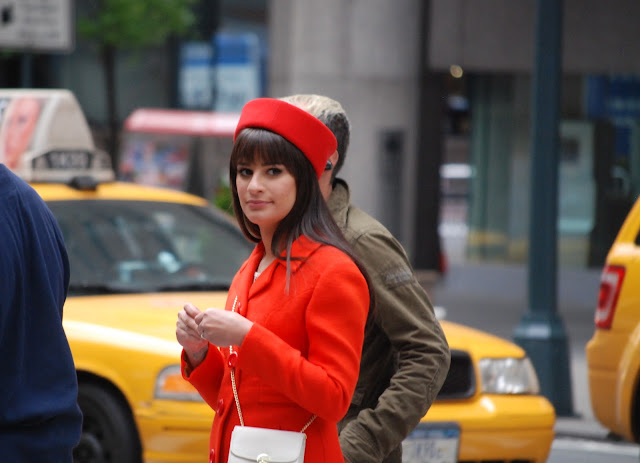 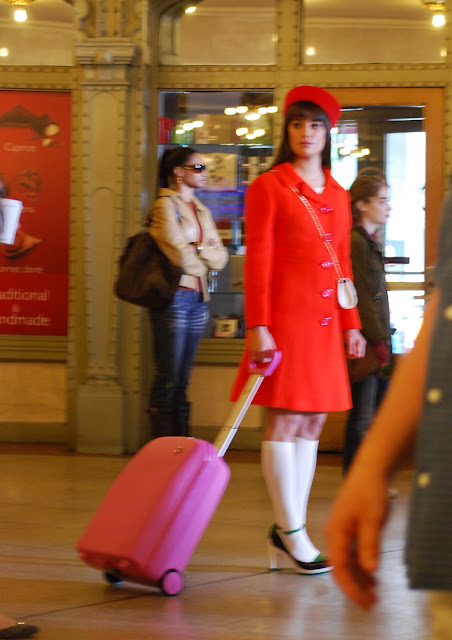 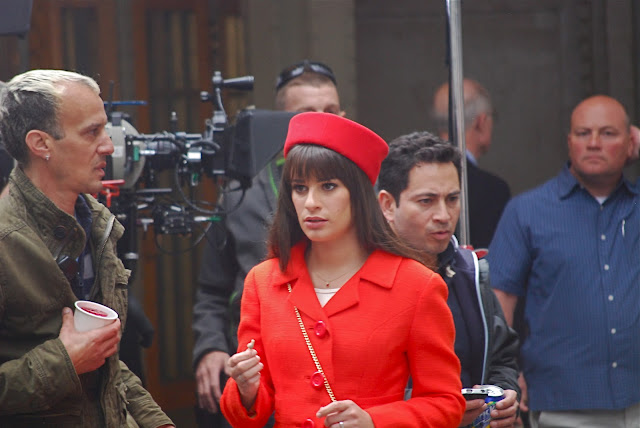 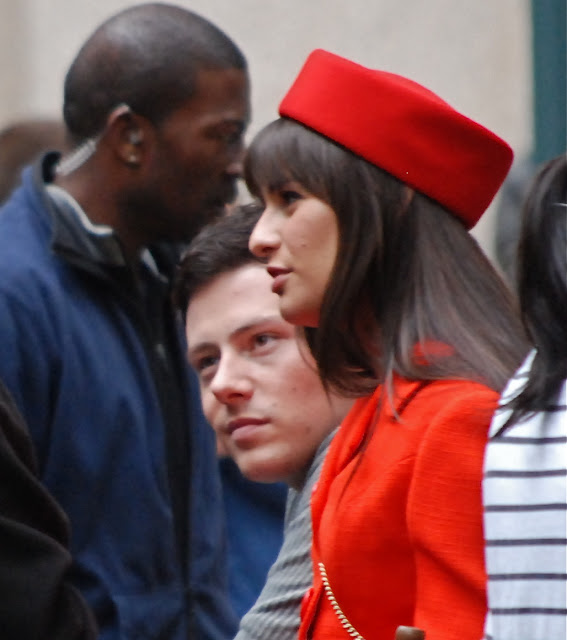 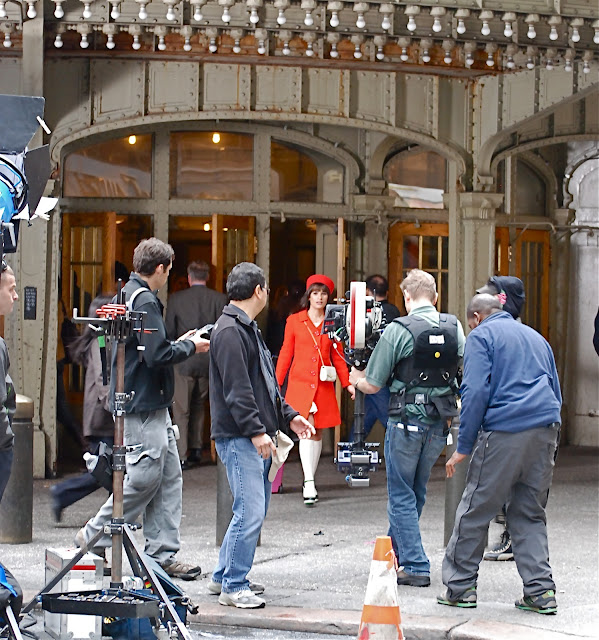 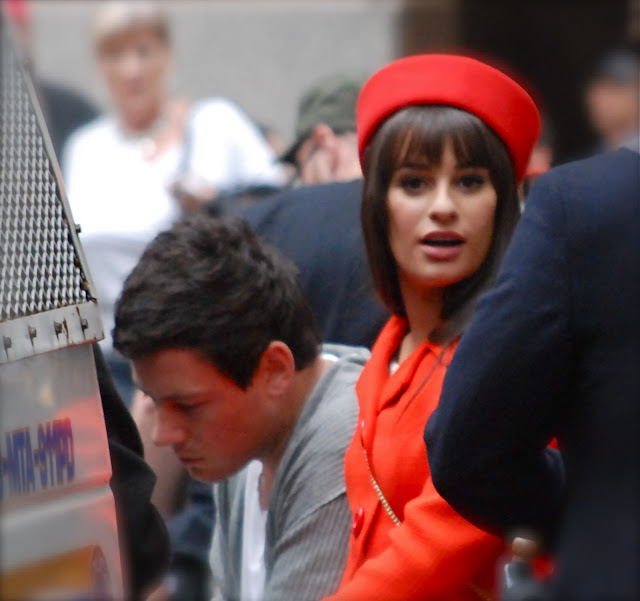 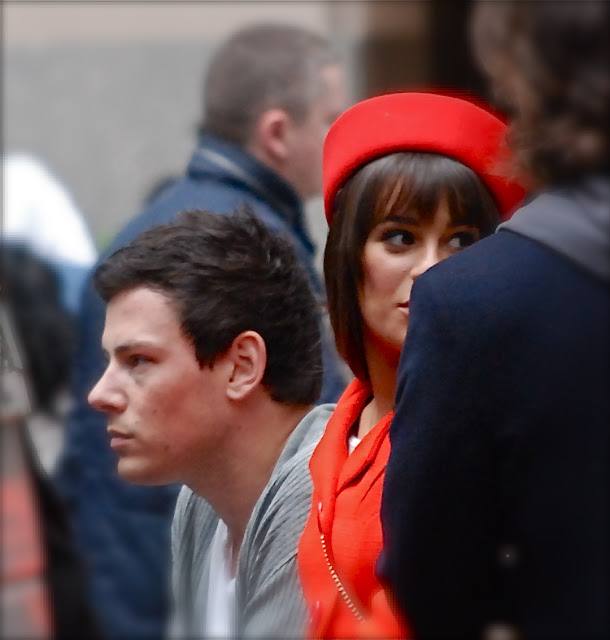 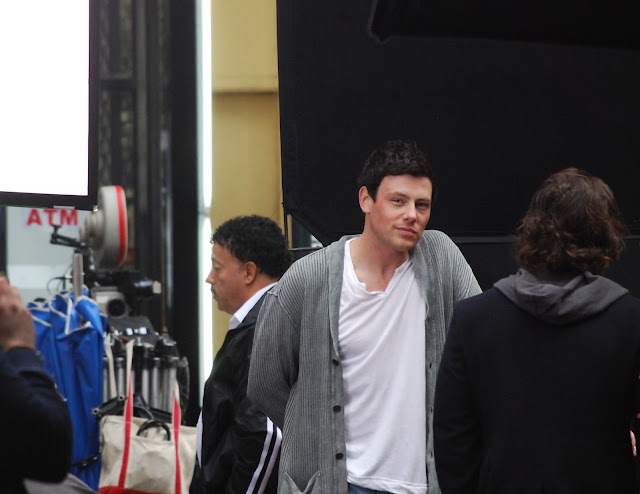 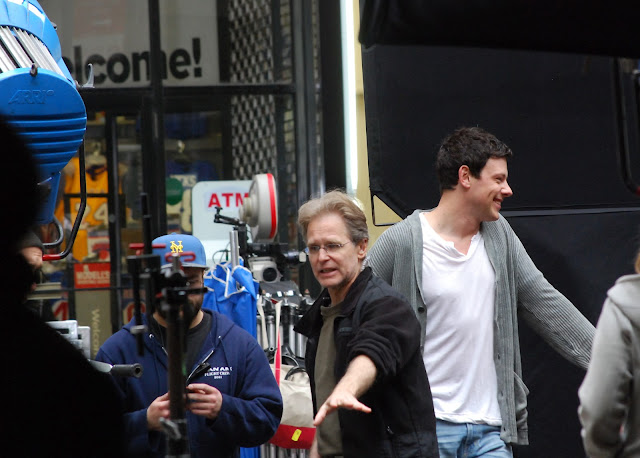 American television, stage and film actress/singer, Lea Michele was filming this morning outside Grand Central Terminal. She filmed some scenes for the season finale of the Fox television series, "Glee." She is best known for her role as Rachel Berry, the lead singer of a high school glee club. Her Glee co-star, Cory Monteith was also spotted on the set.
Posted by Noel Y. C. at 4:35 PM

her co-star? u mean her boyfriend :) great pics!!

Brad Falchuk (who is directing the Glee season finale) and Dante di Loreto (Glee exec producer) were also on set though?

Hey, great pics
We must have been very close to you taking some of those as we stop stood and watched for a little while

Programme is called "The Analyst" and will be shown on HBO according to one of the bods running it.

Love your High Line pics too

Took a vast amount whilst over there which i'm hoping to put on line at some point.
It's that sort of place isn't it
Keep up the good work!!