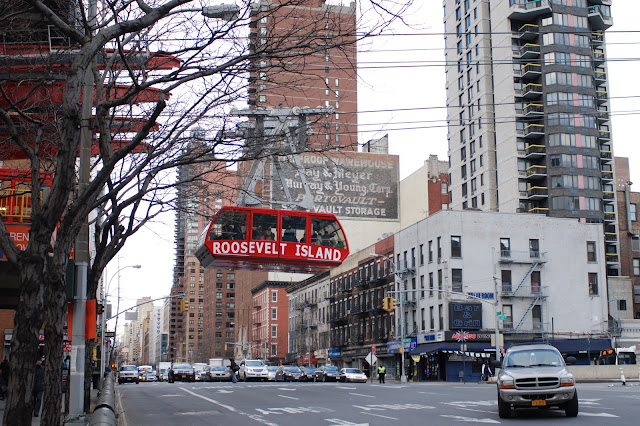 The Roosevelt Island Tram is considered a wonder of the New York City transit. For just a swipe of your MetroCard (currently $2.25), you can take a three-minute ride above the East River between Manhattan and Roosevelt Island. After months of renovations and improvements, the new Roosevelt Island Tramway reopened last November. The new tram was fabricated by Leitner-Poma, the company that is responsible for many of the gondolas, ski lifts and trams you find on mountains around the world. Improvements include faster travel times, a sturdier cabin and the ability to run each car independently. There are several backup systems and fail-safes. The two trams run on four motors but can operate on only one. There are also four independent braking systems. Perhaps most importantly, the tram can run completely off the grid and keeps a hefty supply of gas to power its generators.
In 2006, 47 Roosevelt Island Tram passengers were stuck 250 feet in the air for several hours. In the movies like "Spiderman", the tram car has a tendency to be hijacked by supervillains.
Posted by Noel Y. C. at 4:37 AM